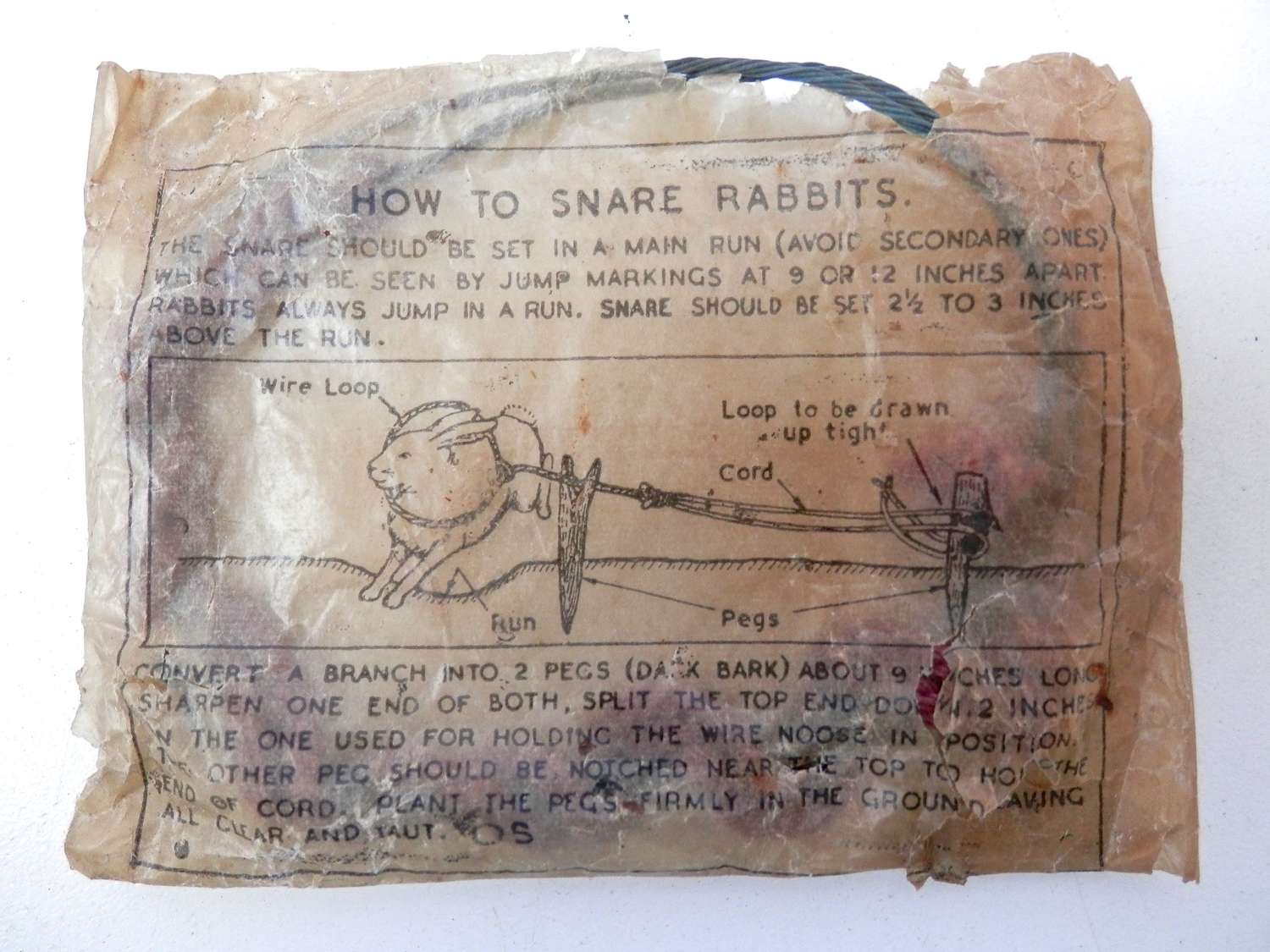 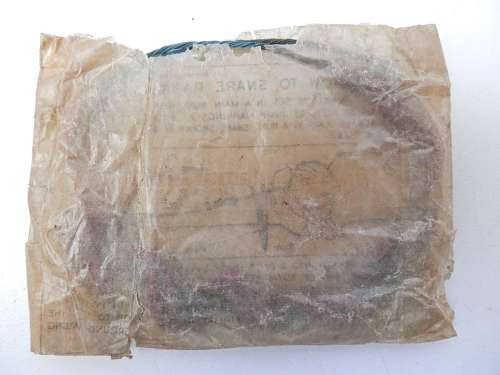 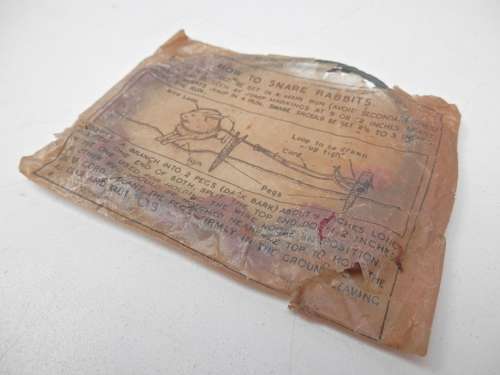 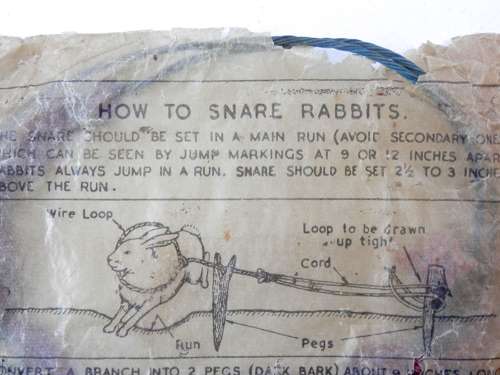 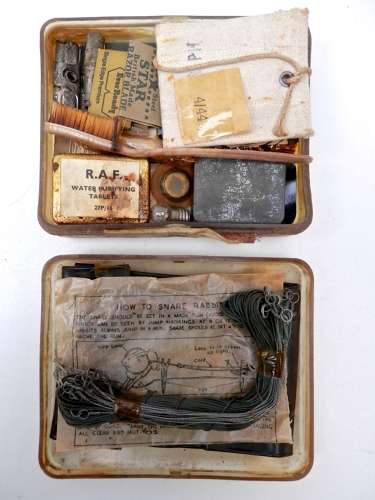 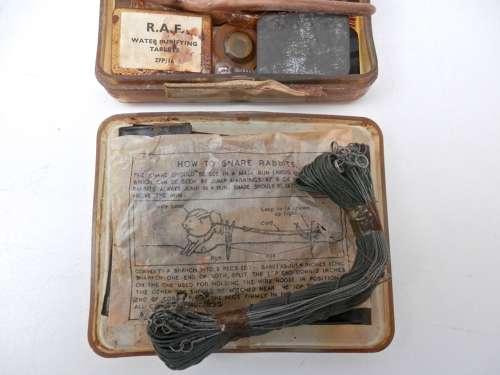 A scarce part of the wartime RAF escape & evasion equipment. This rabbit or animal snare was added to the pocket aids kit to help in the survival of evading air crews (see example photos). Air ministry stores ref. no. 22P/7.

The snare is also found as part of the later wartime issue RAF survival/beadon kits. it could be found in the survival bag or in one of the many pockets of the beadon flying suit.

The wire and cord snare is in a waterproof paper packet, which has printed instructions on how to use on the front. The packet size is 110 x 85mm.

It is found in a good original condition, still sealed in the packet. The packet has a couple of tears and a small section missing from the top edge (see photos).