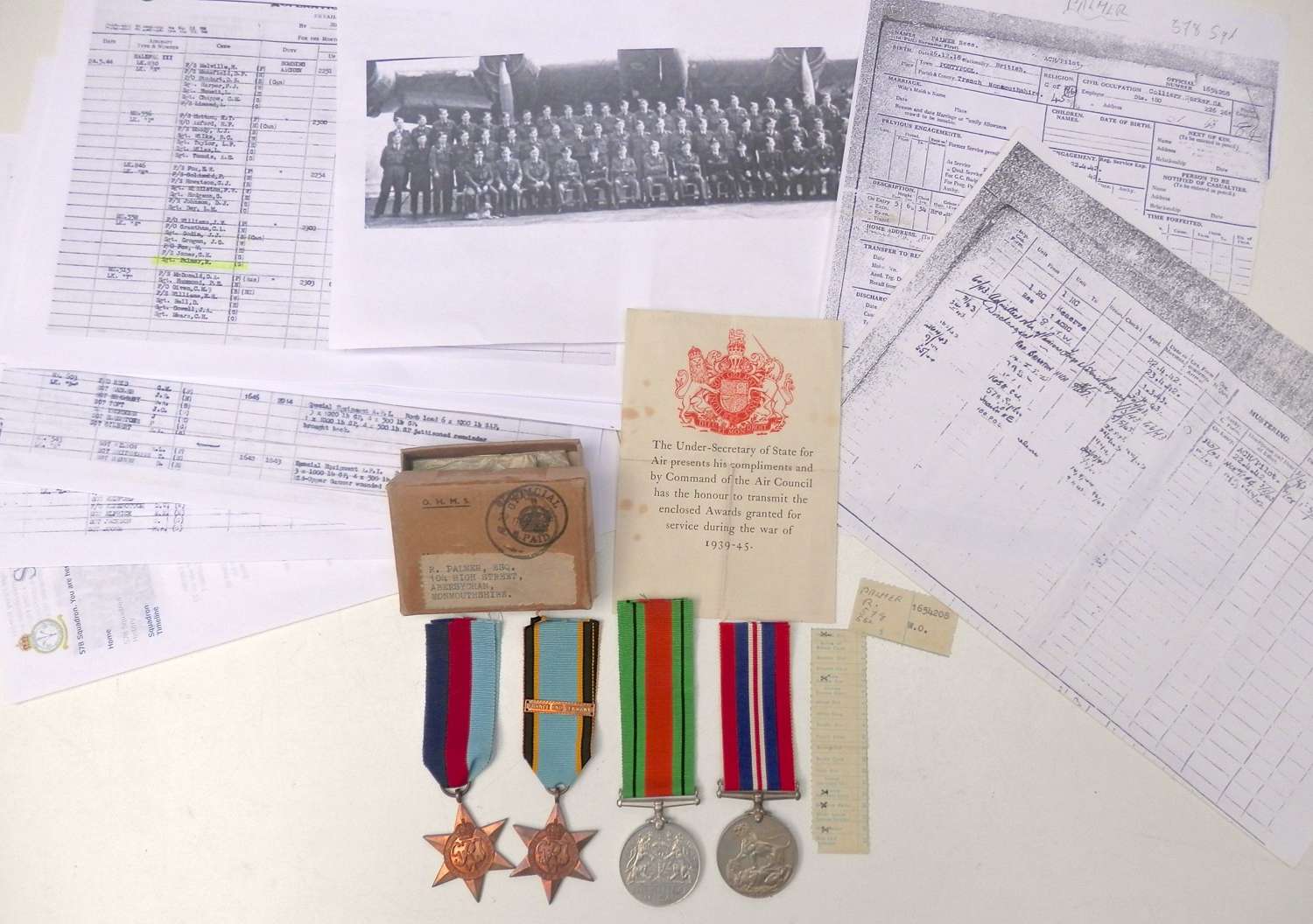 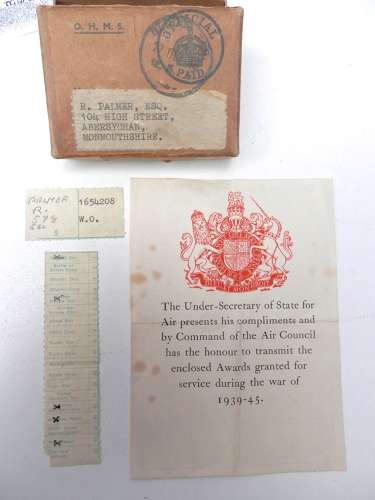 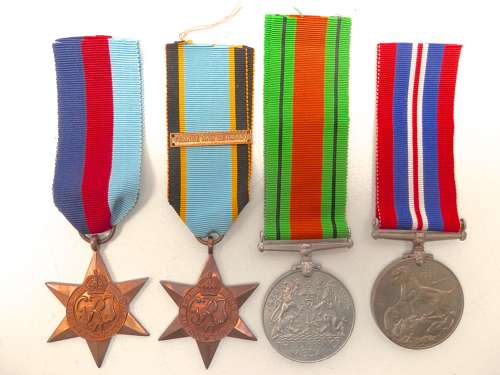 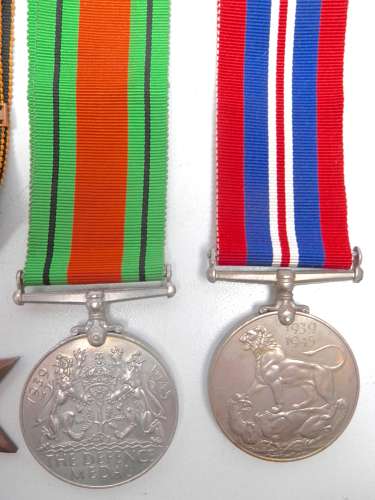 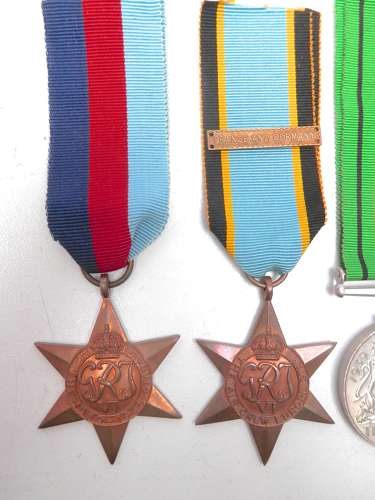 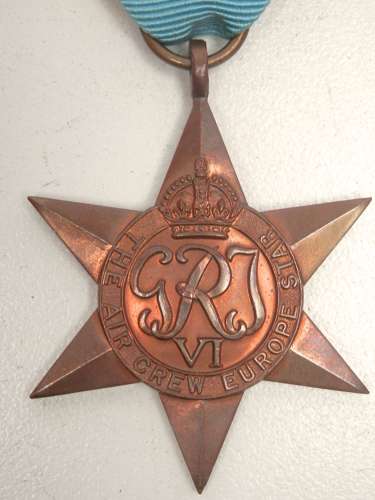 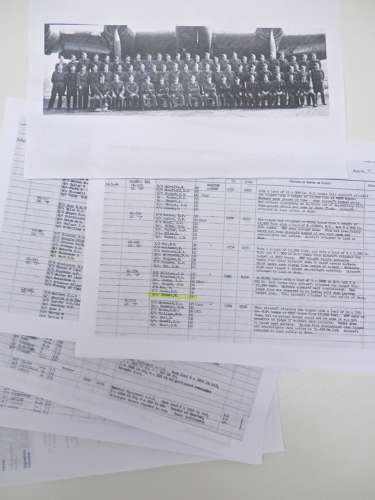 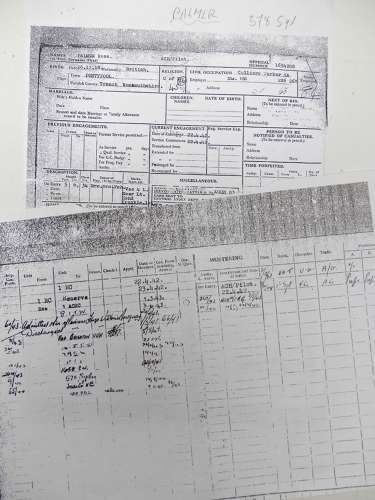 Rees Palmer enlisted into the raf in April 1942, and he initially trained as a pilot. Then according to his service record in April 1943 an incident occured in which he may have been hospitalised ? Later that same year he re-trains as a Sergeant air gunner, finally being posted to RAF 578 squadron at Snaith, flying as a rear gunner in Halifax bombers. He crews up with pilot f/o williams and he becomes a regular member of williams crew.

Included in the group are his named box of medals, 1939-45 and air crew europe stars, defence & war medals, France & Germany bar, all mint as issued with silk ribbons and their individual waxed packets. Also, the (3) issued medal slips, and with a rare copy of his service record, squadron operations book copies of his operations, a brief squadron history, copy squadron photograph etc...