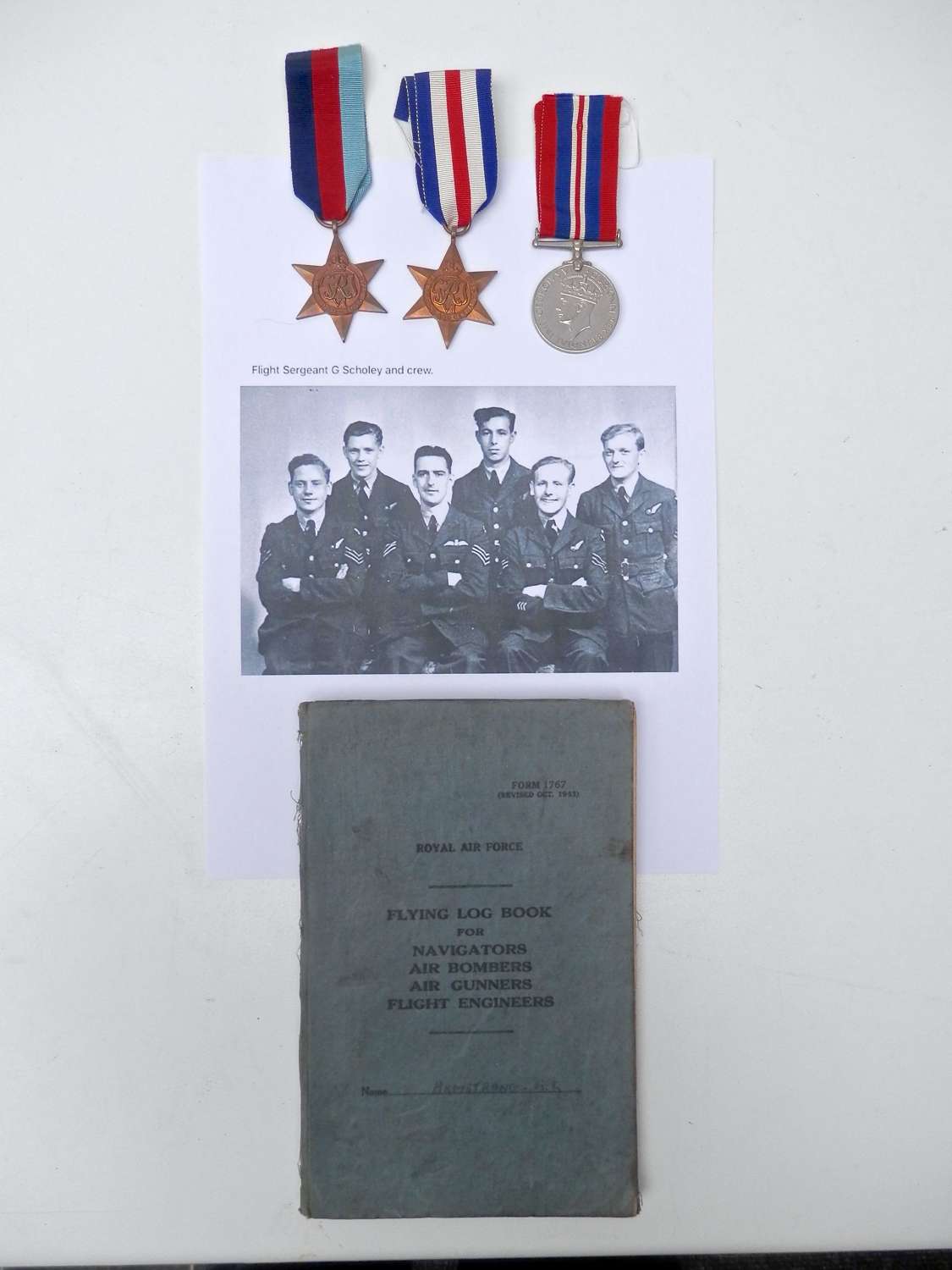 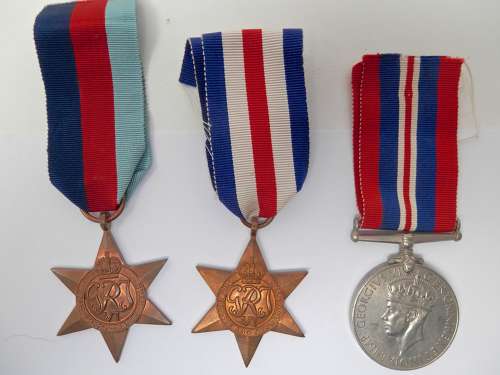 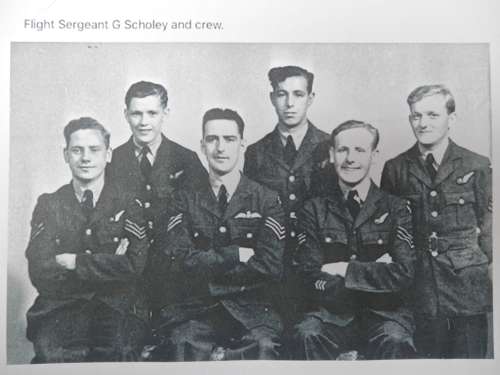 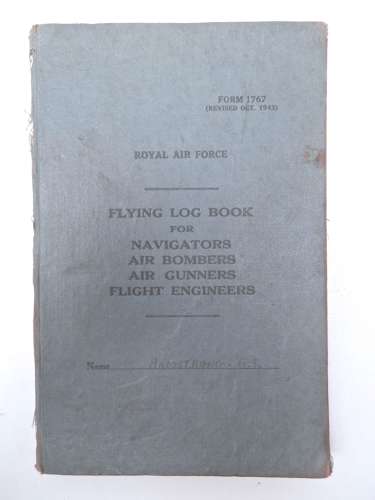 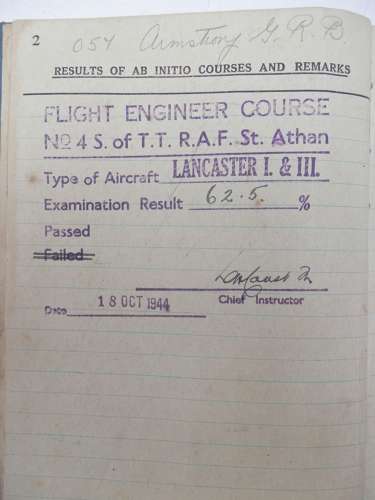 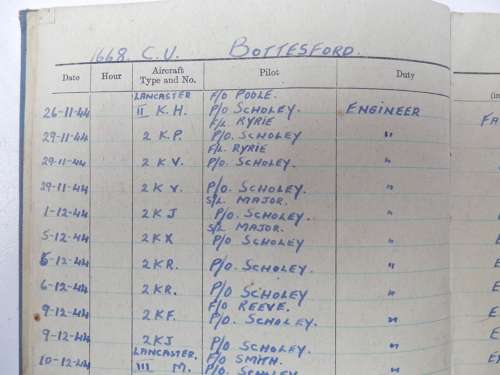 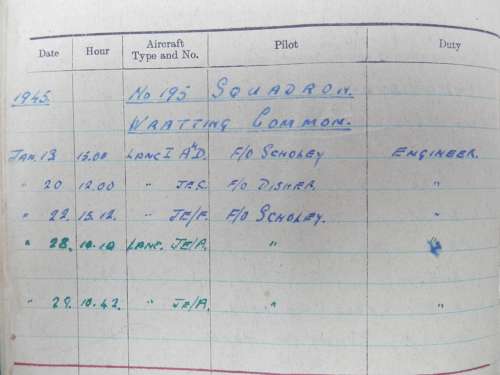 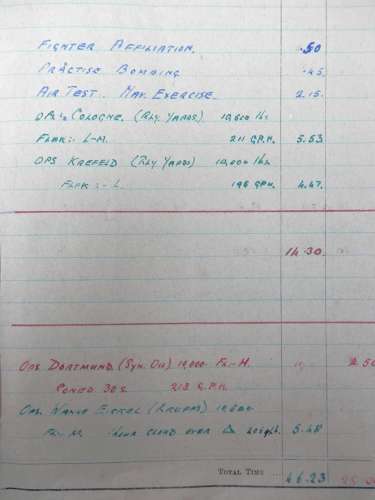 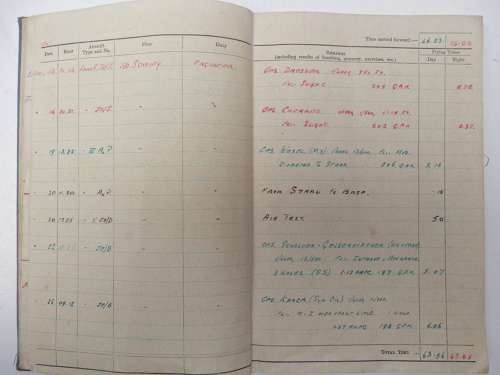 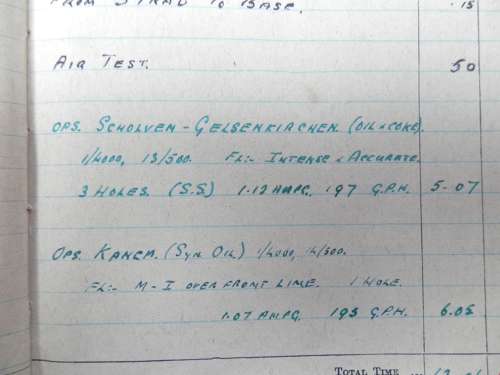 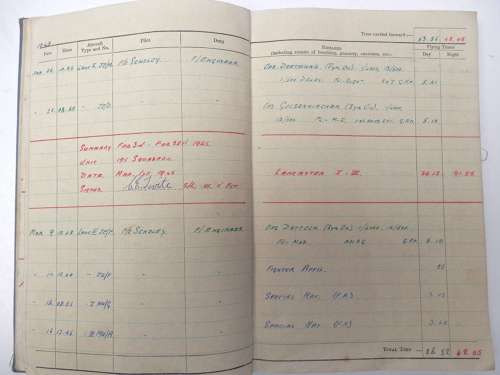 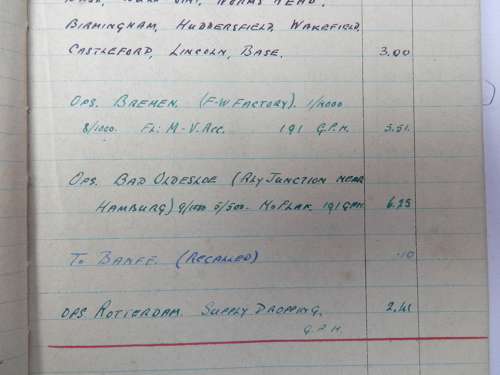 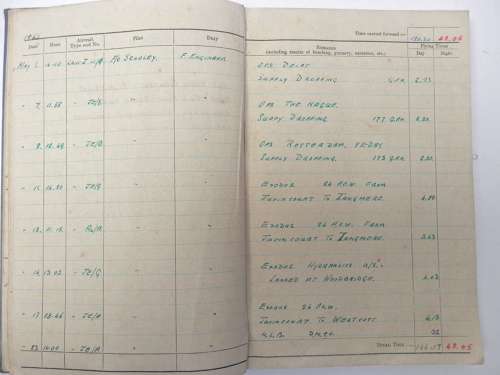 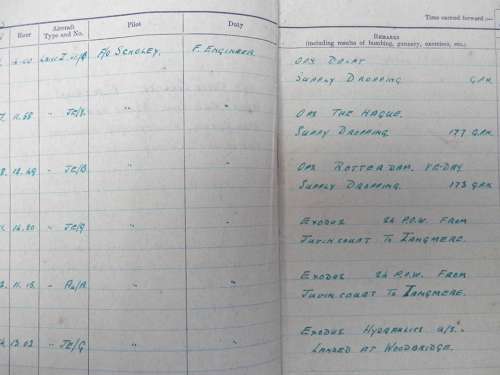 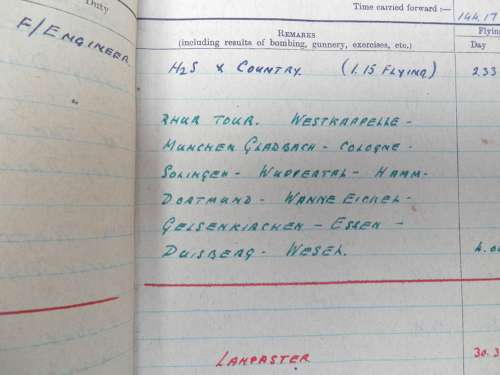 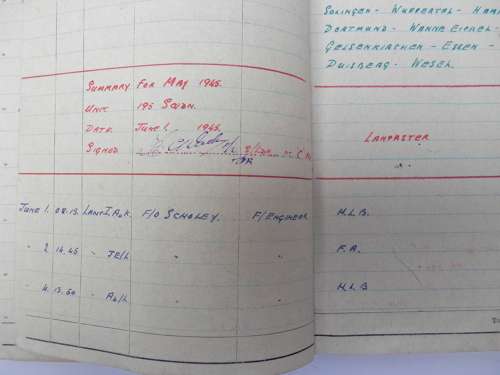 Sgt. Armstrong passed his flight engineer's course at RAF St. Athan, on Lancaster I & III, in October 1944. He was then posted to number 1668 Conversion unit at RAF Bottesford. Here he 'crewed up' with pilot G. Scholey and remained a member of his crew until the war's end. The crew were posted to RAF 195 squadron based at RAF Wratting Common, flying Lancaster bomber's. Their first operational sortie came early in January 1945 flying a 'daylight' operation to Cologne. Another 'Op' next day to Krefeld, followed by further 'day & night time' operations to - Dortmund, Wanne Eickel, Dresden, Chemnitz, Wesel and to Gelsenkirchen. It is noted in his log book that the last target they were met with intense and accurate Flak which left their Lancaster 'holed' three times. Then, further Ops to Kanem, Dortmund, Gelsenkirchen, Datteln, Bremen ( Focke-Wulf factory) Bad Oldesloe, and then a supply dropping Op to Rotterdam. Nearing the end of the war, 195 squadron found themselves making an ever increasing number of supply drops to the starving Dutch people, named Operation 'Manna'. More supply drops followed to - Delft, The Hague and Rotterdam (VE-day). Sgt. Armstrong and his crew then made a number of vital 'Exodus' trips bringing home 'newly' released prisoners of war. Towards the end of May 1945, the crew were on 'Cooks tour' flights giving RAF ground crews a view of the bomb damage on German towns. Sgt. Armstrong's last flight with his crew and 195 squadron, came on 29th June 1945 when they did a 'post mortem' flight to Flensburg.

The log book is well written, and has rubber stamps and officer signatures. There are about 20 pages of entries and his operations are in need of research. His medal group of three is included - 1939-45, France & Germany stars and war medal, all in excellent condition. A copy crew photograph and some squadron research is also included.