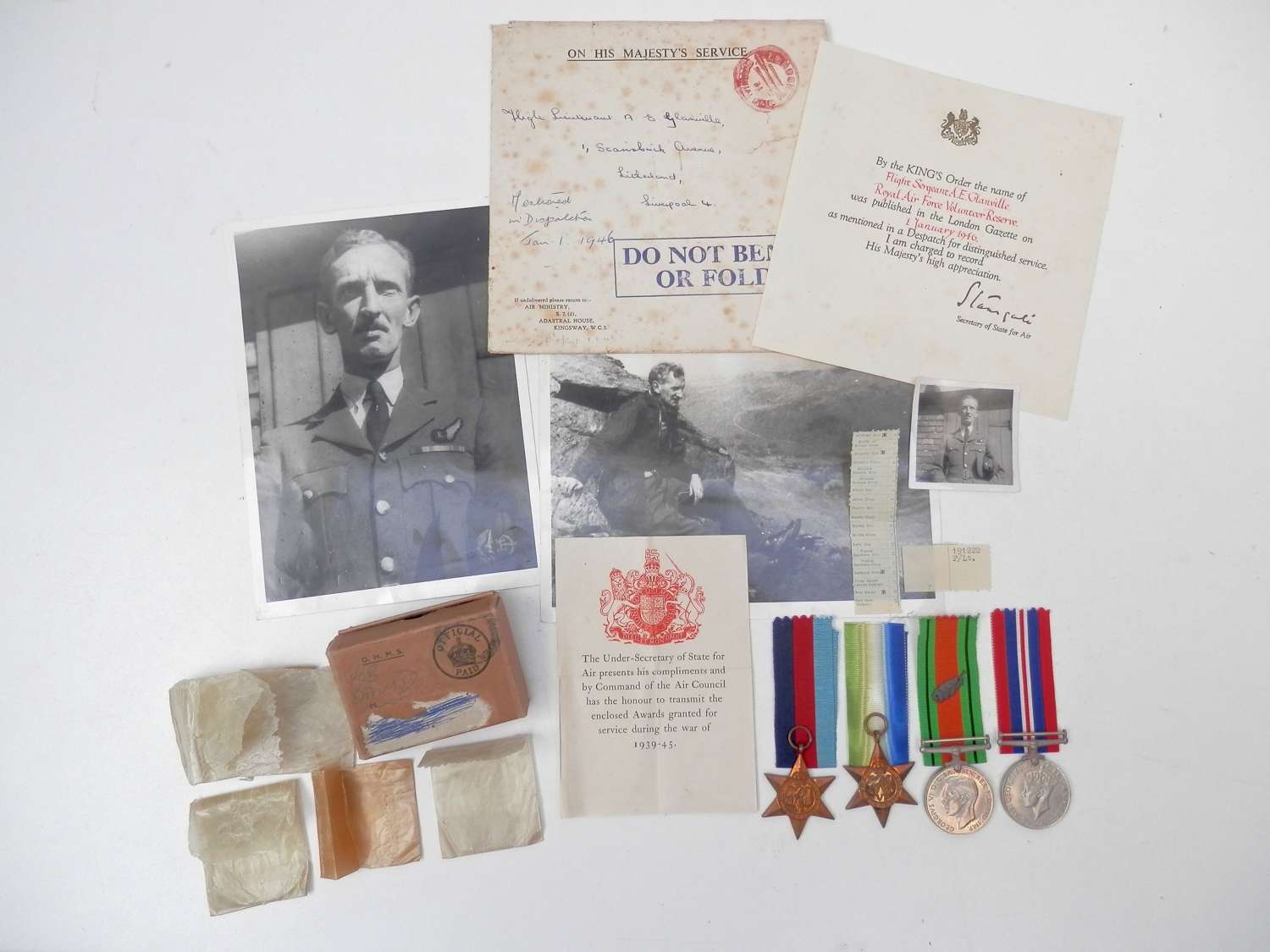 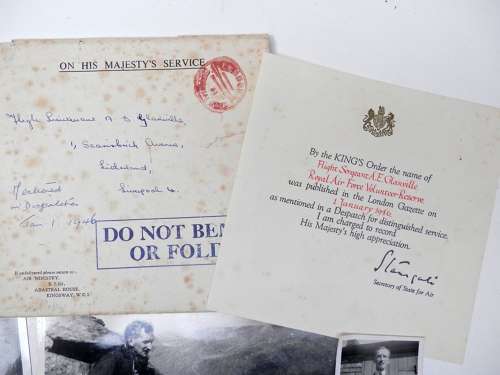 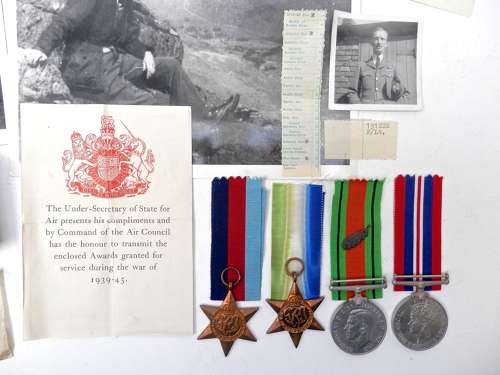 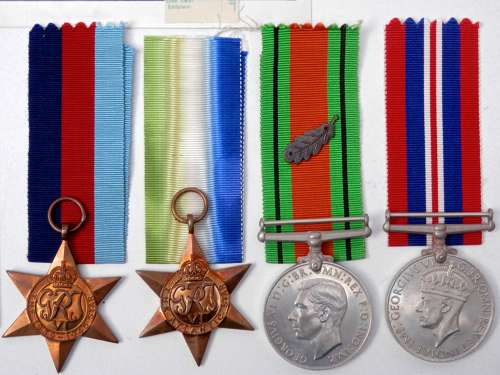 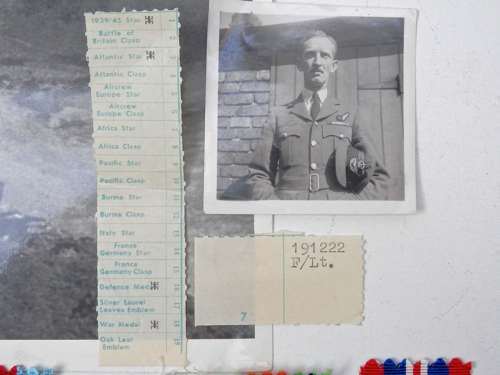 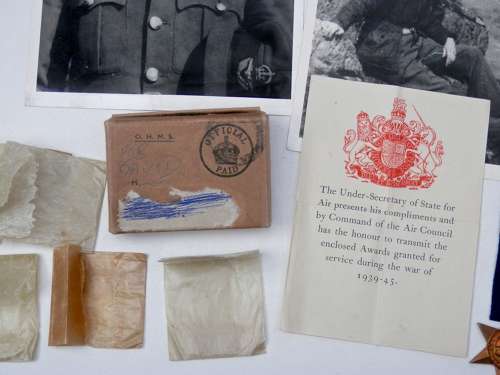 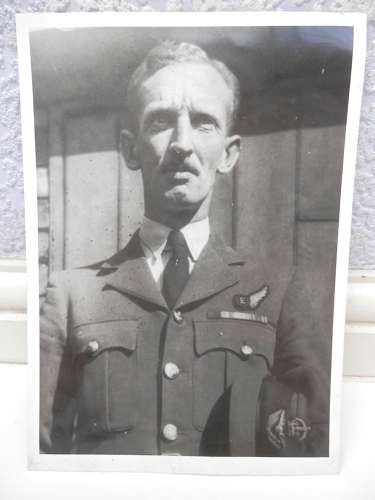 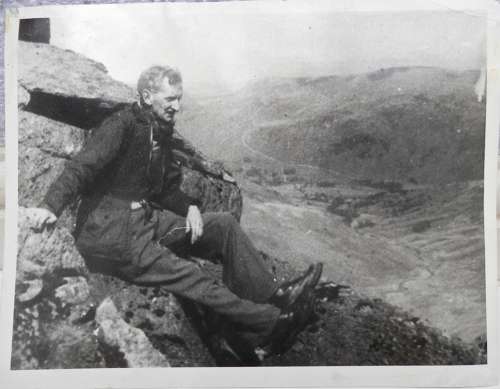 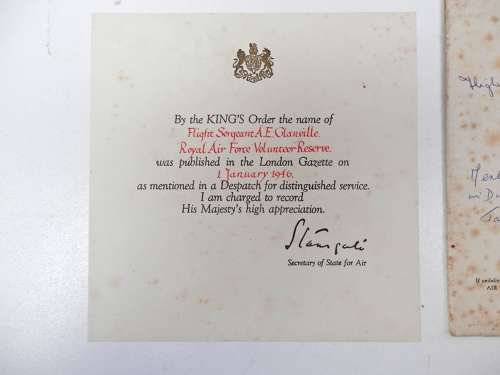 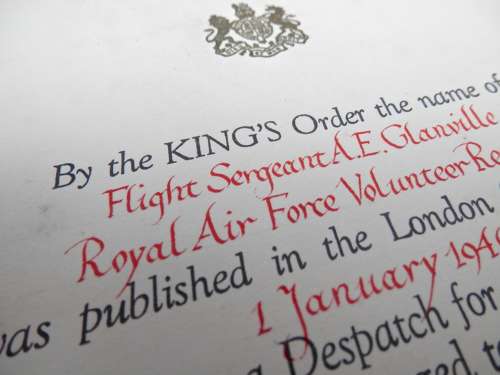 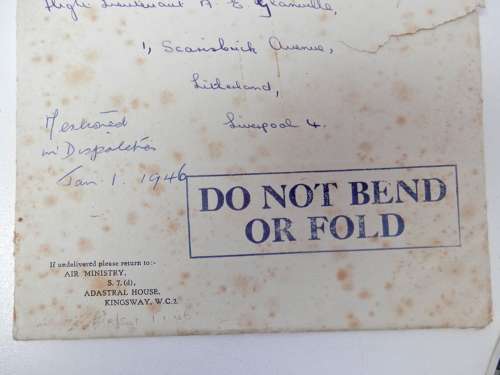 The group is to RAF flight sergeant A.E. Glanville who was a flight engineer. His service career spanned a period from November 1943 to June 1946. He flew with 1674 H.C.U. and then with RAF 547 squadron flying Liberator aircraft. He left the service with a rank of flight lieutenant.

The group consists of his mint and boxed 1939-45, Atantic stars, Defence & War medals including his M.I.D. oak leaf. Medal slip and two other medal entitlement slips, His mentioned in despatch certificate (slight foxing) in envelope, four photographs (two in uniform and one in battle dress).