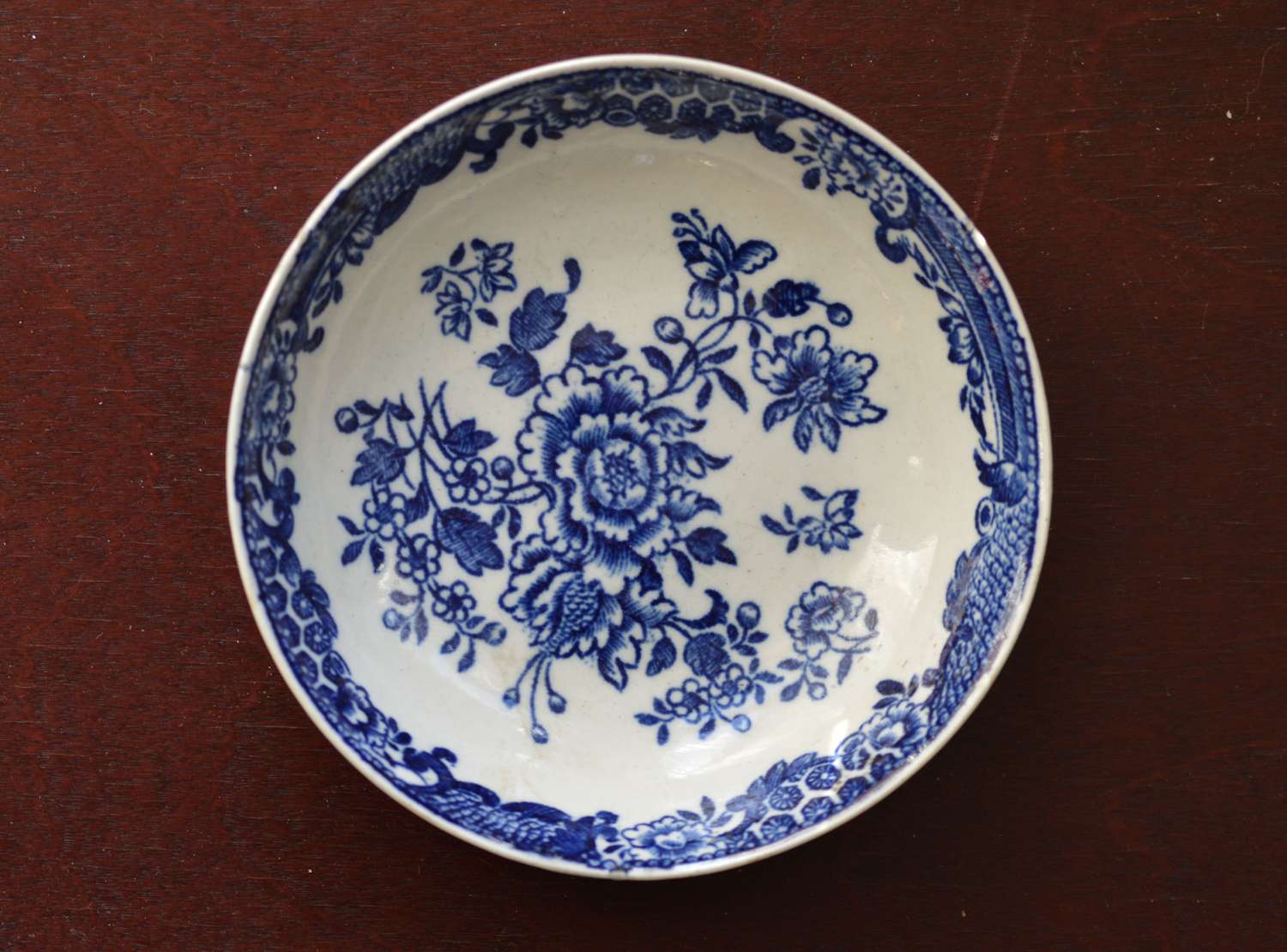 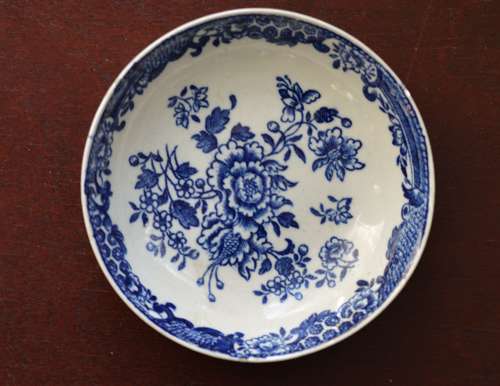 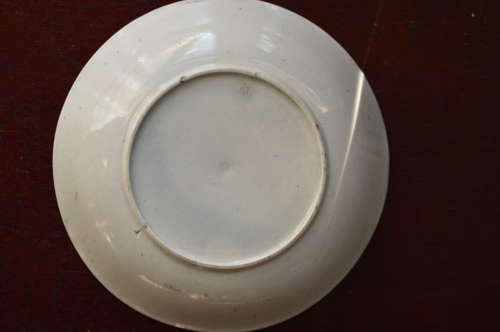 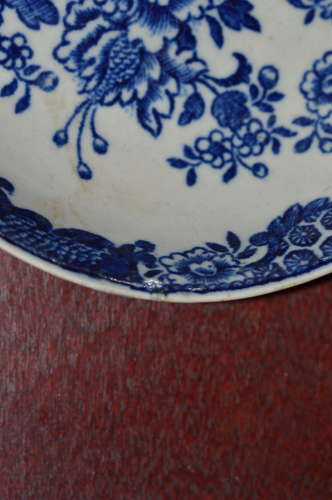 A delightful late 18th Century Liverpool porcelain saucer by either John or Seth Pennington in the 'Three Stamens' pattern.

As referenced by Steven Goss (British Porcelain Blue and White Saucers p167) " it was a very popular pattern by both Seth and John and its difficult to identify ant attributed differences.".

The saucer is in very good condition that displays well with only minor small chips to the rim as shown in the photographs.The print is crisp and clear.