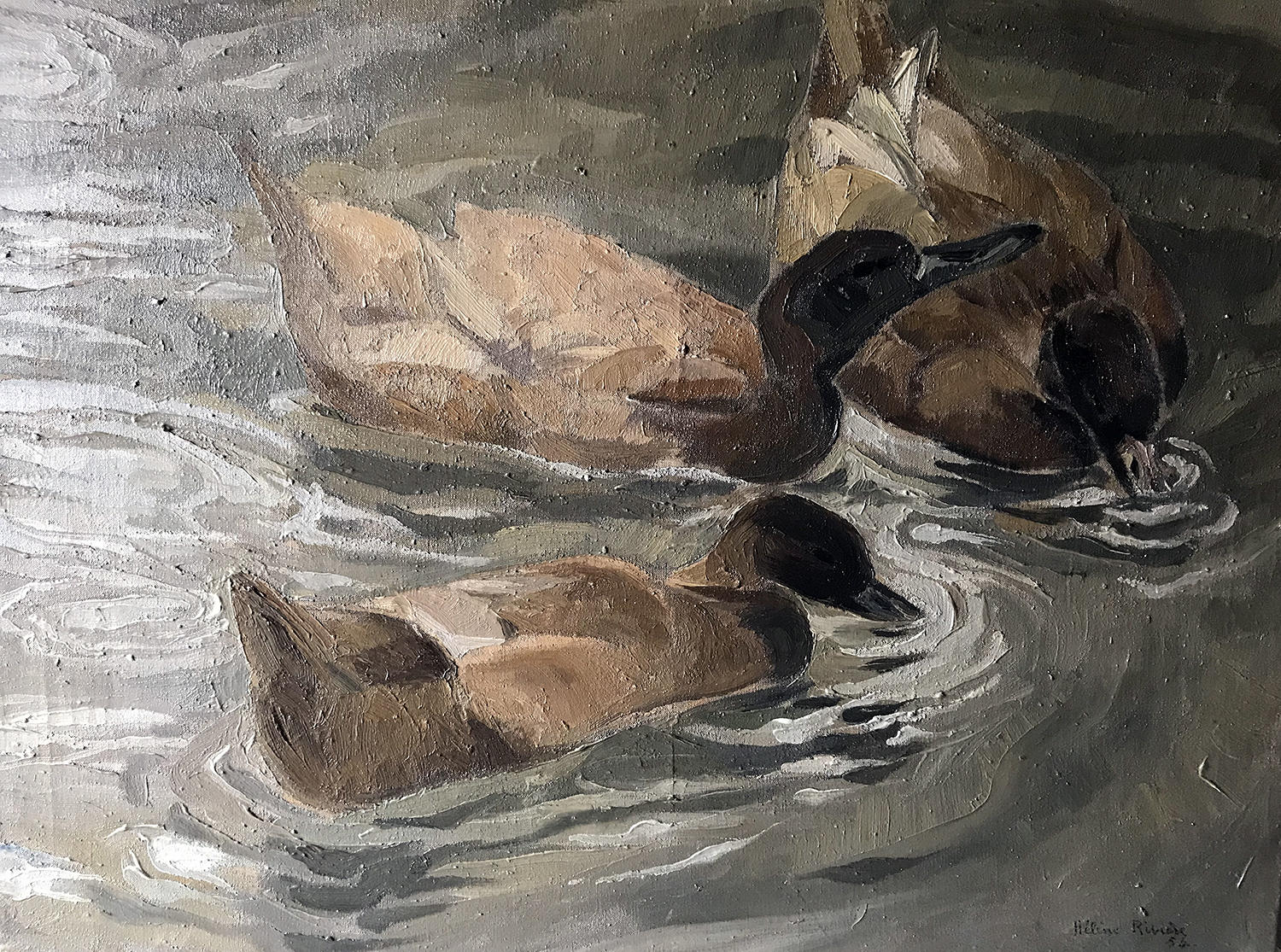 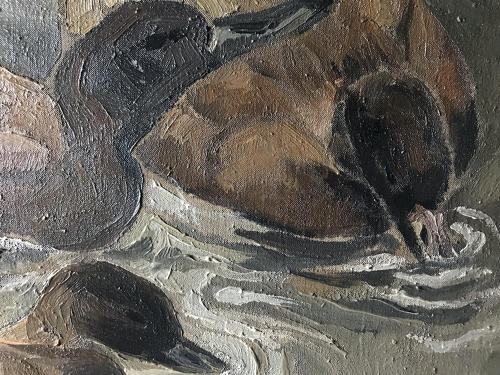 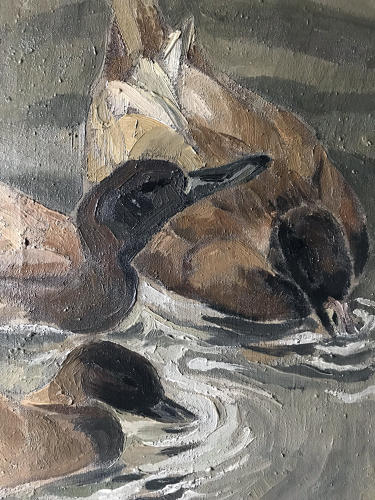 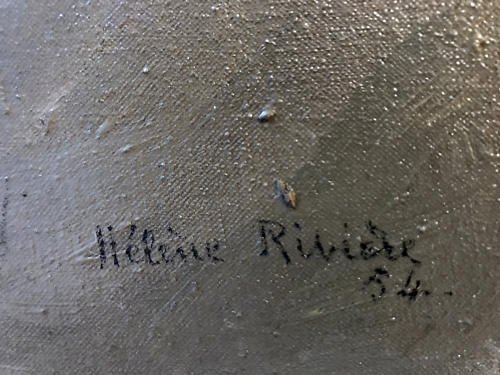 Charming and well executed painting of Wild Ducks by 20th century French artist Hélène Rivière. Oil on canvas - unframed - this painting is signed and dated 1954. Helene Riviere was born in 1896 and died 1977.

"At an early age, Rivière was drawn to the depiction of animals, and in 1938 she won the Rosa Bonheur prize for her talent as an animalier. She was also known for her flower paintings and for landscapes of the Tarn region, views of the eastern Pyrenees and the charming seaside villages of Collioure and Banyuls, where she spent some time being instructed by her great friend and mentor Henri Martin. Rivière began to participate in exhibitions of artists in the south of France from 1920. She also exhibited after 1926 in Paris at the Salon des Artistes Français where her work won a silver medal in 1931 and a gold medal in 1935. She won another silver medal at the International Exposition of 1937.

Following in her father’s footsteps, Rivière became a professor of art at a school for young women in Toulouse. She died in 1977, putting an end, as one journalist wrote at the time, “to her relationship with art, the companion of her life.”