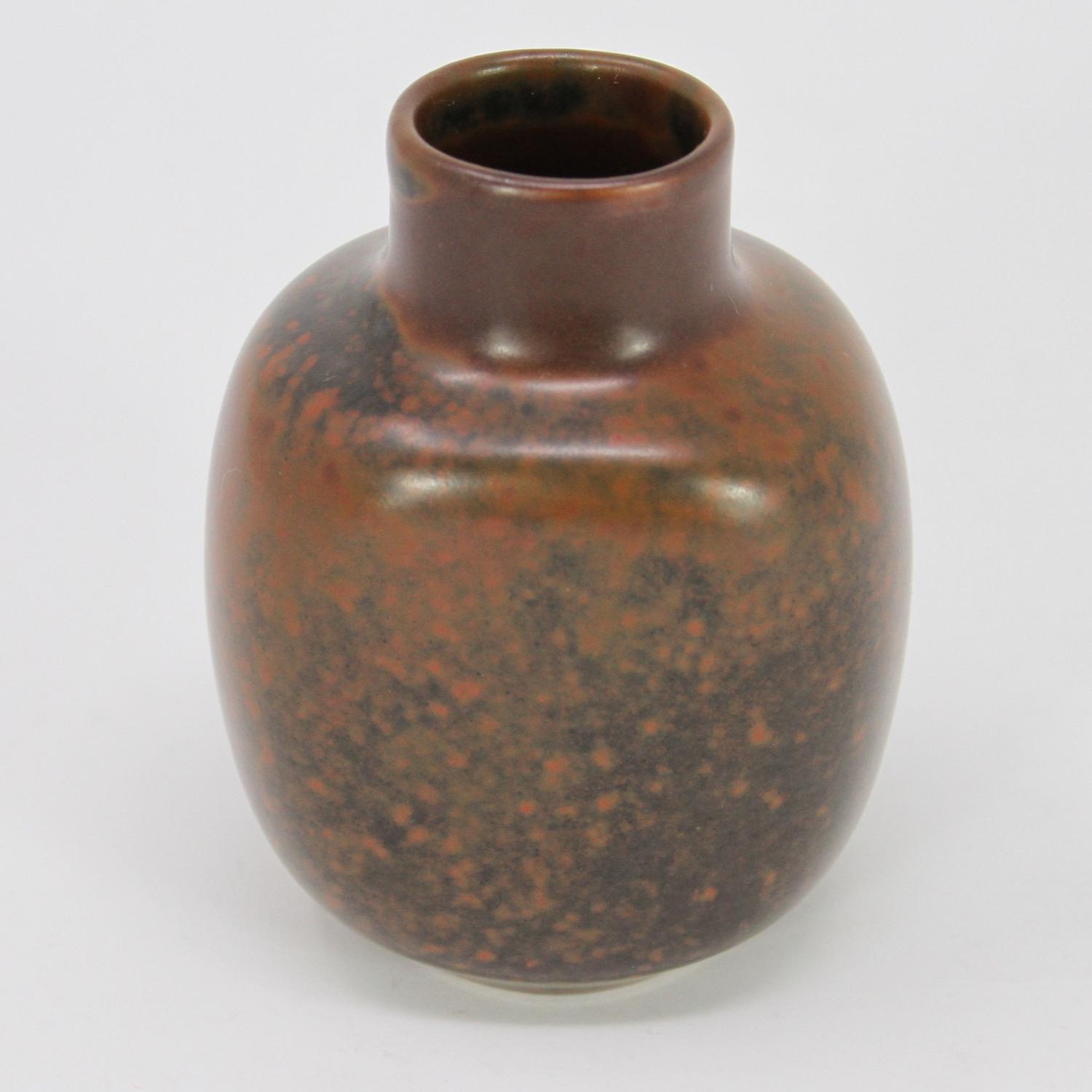 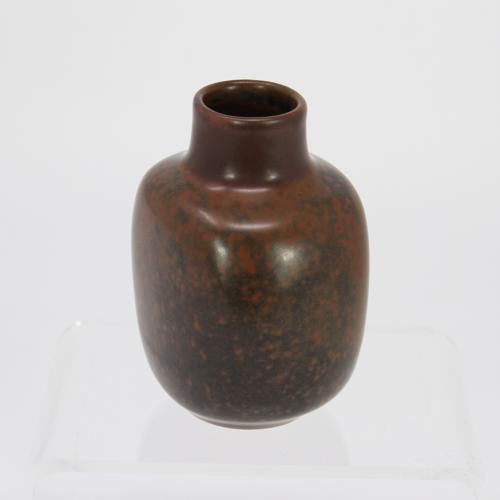 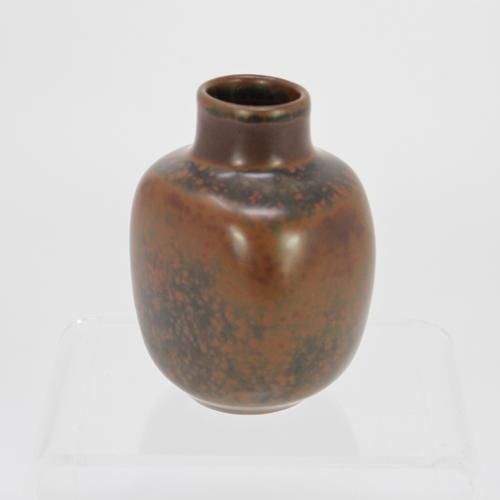 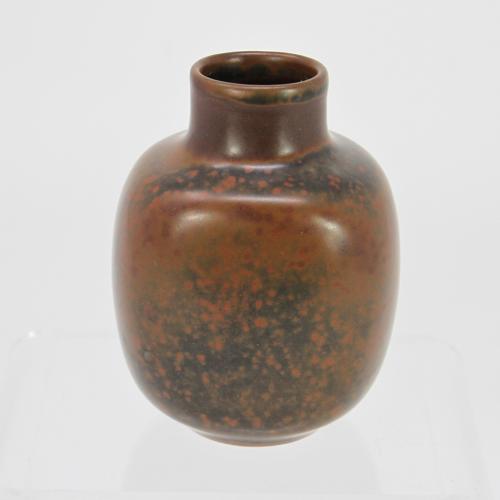 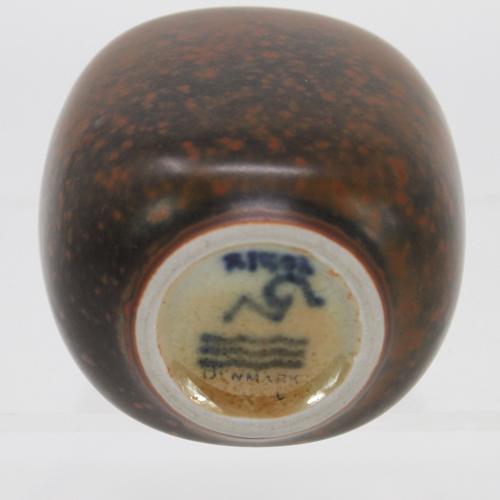 It may be small in size but this little vase is an essay in innovative glazing. Dating from the 1950s/60s this is a typical shape that Thorsson used for his glazes but each one is different and highly individual.

Excellent, used condition with a monogram and full range of Royal Copenhagen marks to the base.

Nils Thorsson (1898-1975) was the leading ceramicist at Royal Copenhagen/Alumina for around 60 years. Born in Sweden he moved to study in Denmark in 1917.  He began work at the Alumina factory as an apprentice and became its artistic director in the 1920s. He held that position until the late 1960s and was a leading figure in Danish ceramic design, especially for his innovative glazes. Alumina was purchased by Royal Copehagen in 1949 and he stayed on with the firm. While he designed a series of ranges for the factory like Marselis and Baca, he is best known among collectors for his experimentation with glazes. The best of these stoneware pots are among some of the finest Danish ceramics on can find.