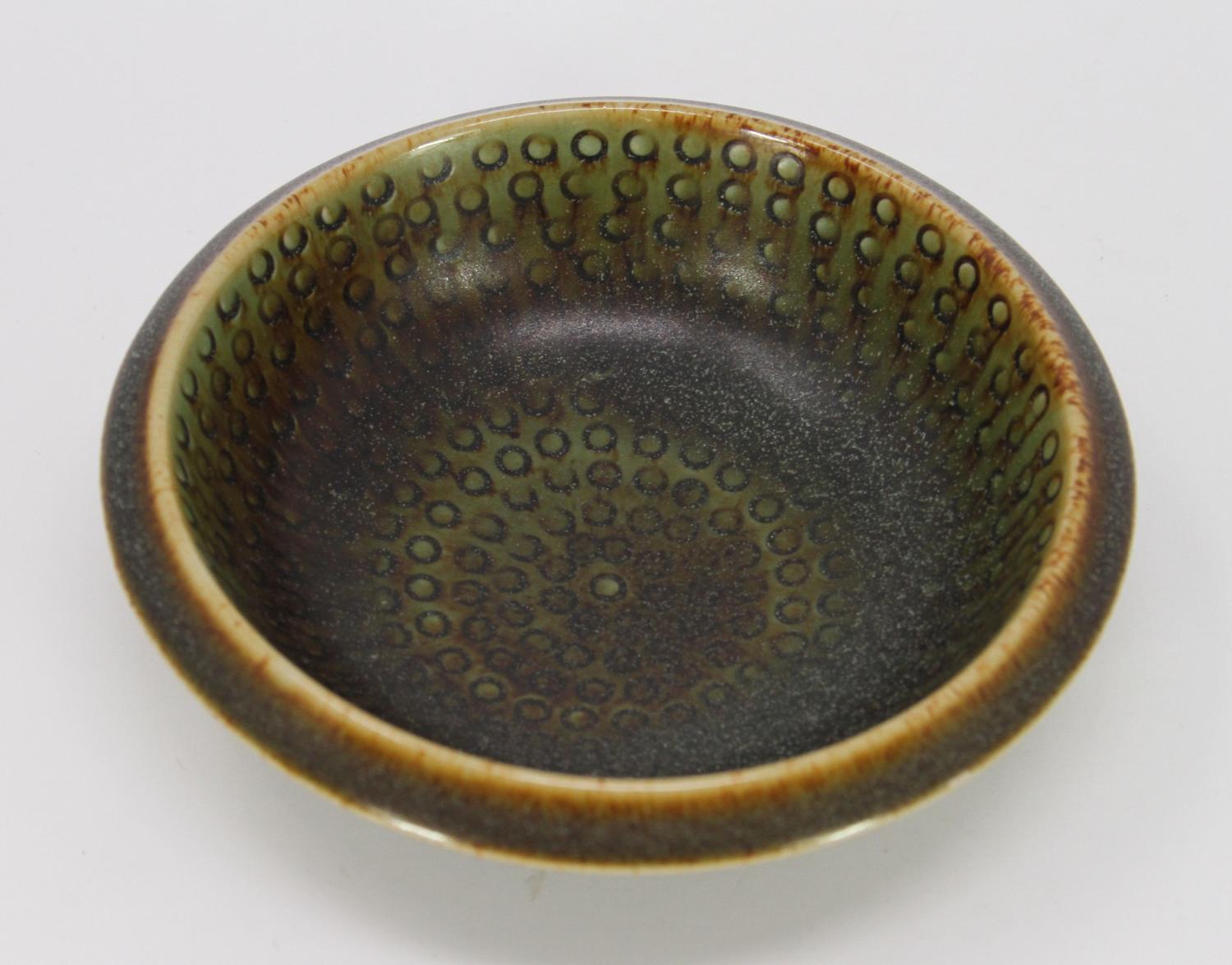 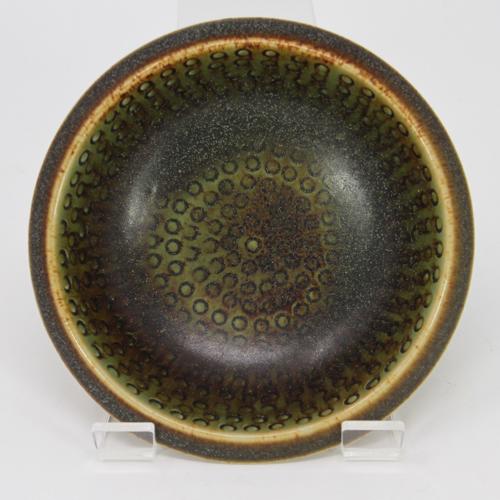 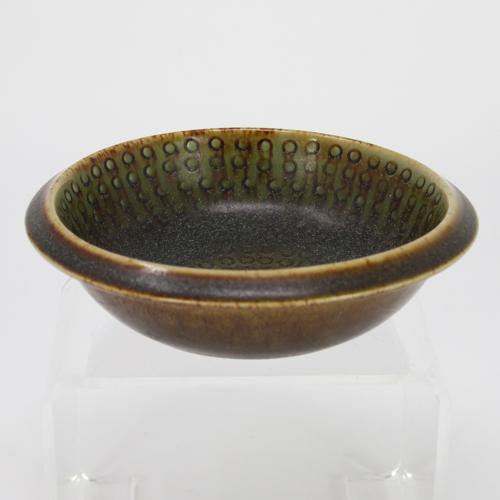 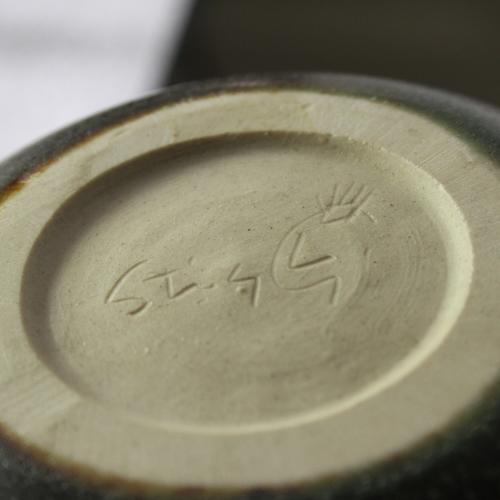 A delightful dish by Stig Lindberg for Gustavsberg, Sweden.  It has his monogram and the Gustavsberg mark to the base.  It probably dates from some time c1970.

It is in excellent, used condition.

Stig Lindberg (1916-82) was one of the greatest Scandinavian designers of the Twentieth Century.  He was prolific in ceramics designing everything from tableware ranges to unique stoneware pieces. He also designed in other medium like glass and textiles. His whimsical, playful, freeform style is the epitome of the mid-century look and was a huge influence on others in the post-war years.  He began his work at Gustavsberg in 1937 and stayed there until 1980.  He was the winner of a long list of prestigious prizes throughout his career and his work can be found in museums across the world.  An exhibition of his work was held at the National Museum in Stockholm in 2006-7.