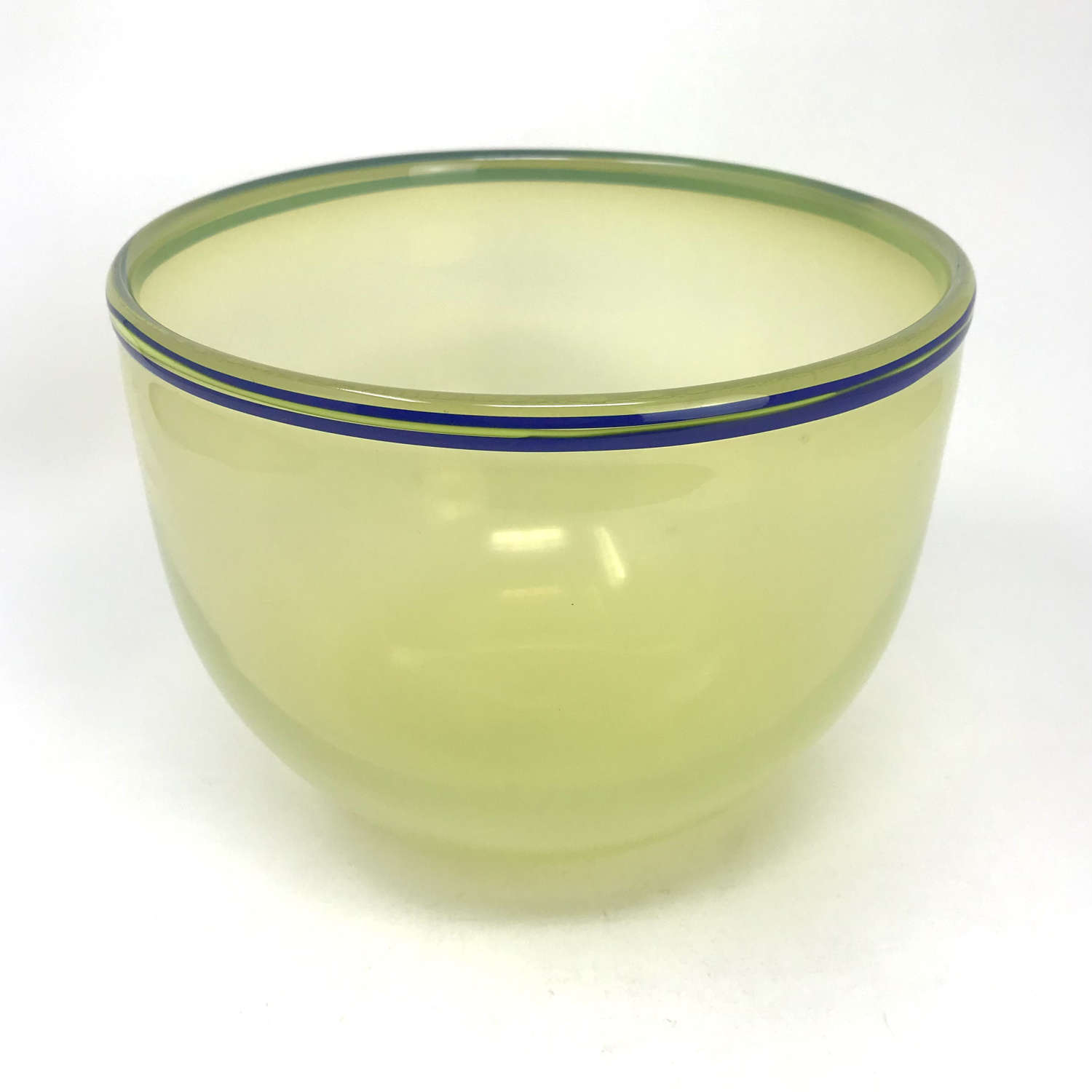 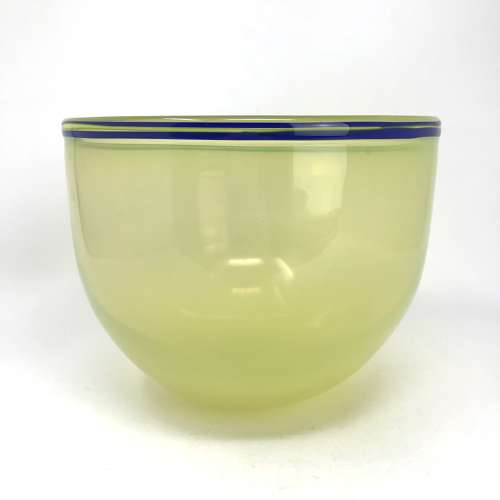 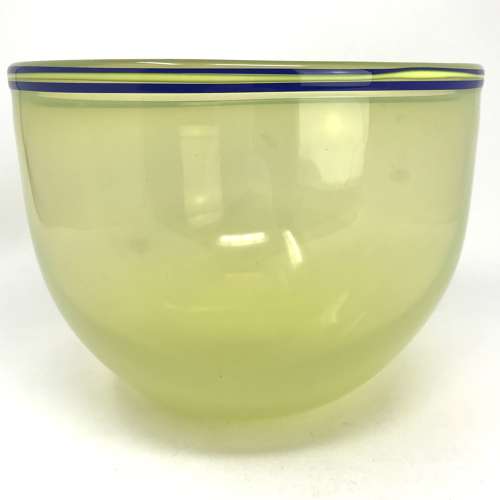 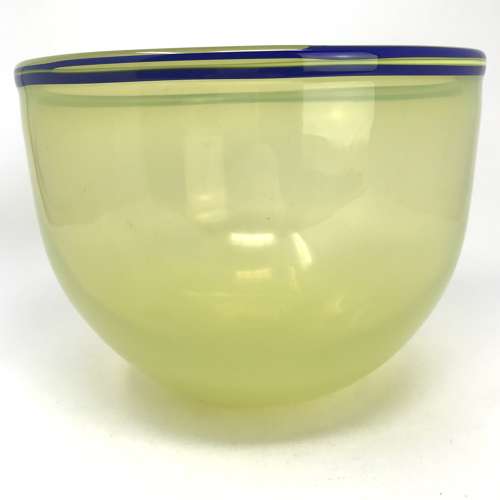 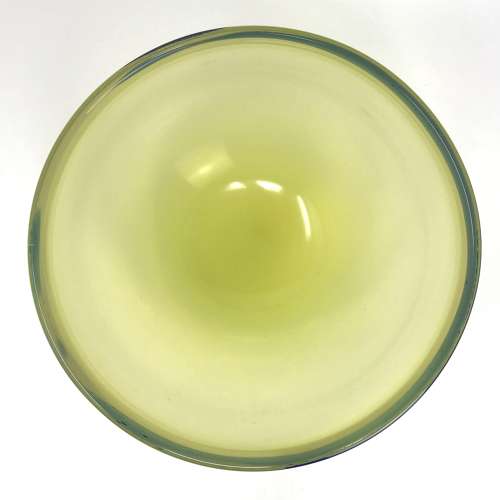 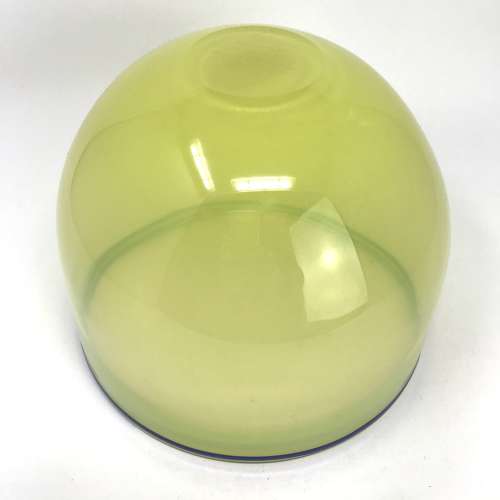 A vivid yellow bowl with a blue banded rim by Gunnar Cyren for Orrefors. This is an Expo or Exhibition piece that is dated to 1966. The bowl is signed to the base and numbered BU 362-66