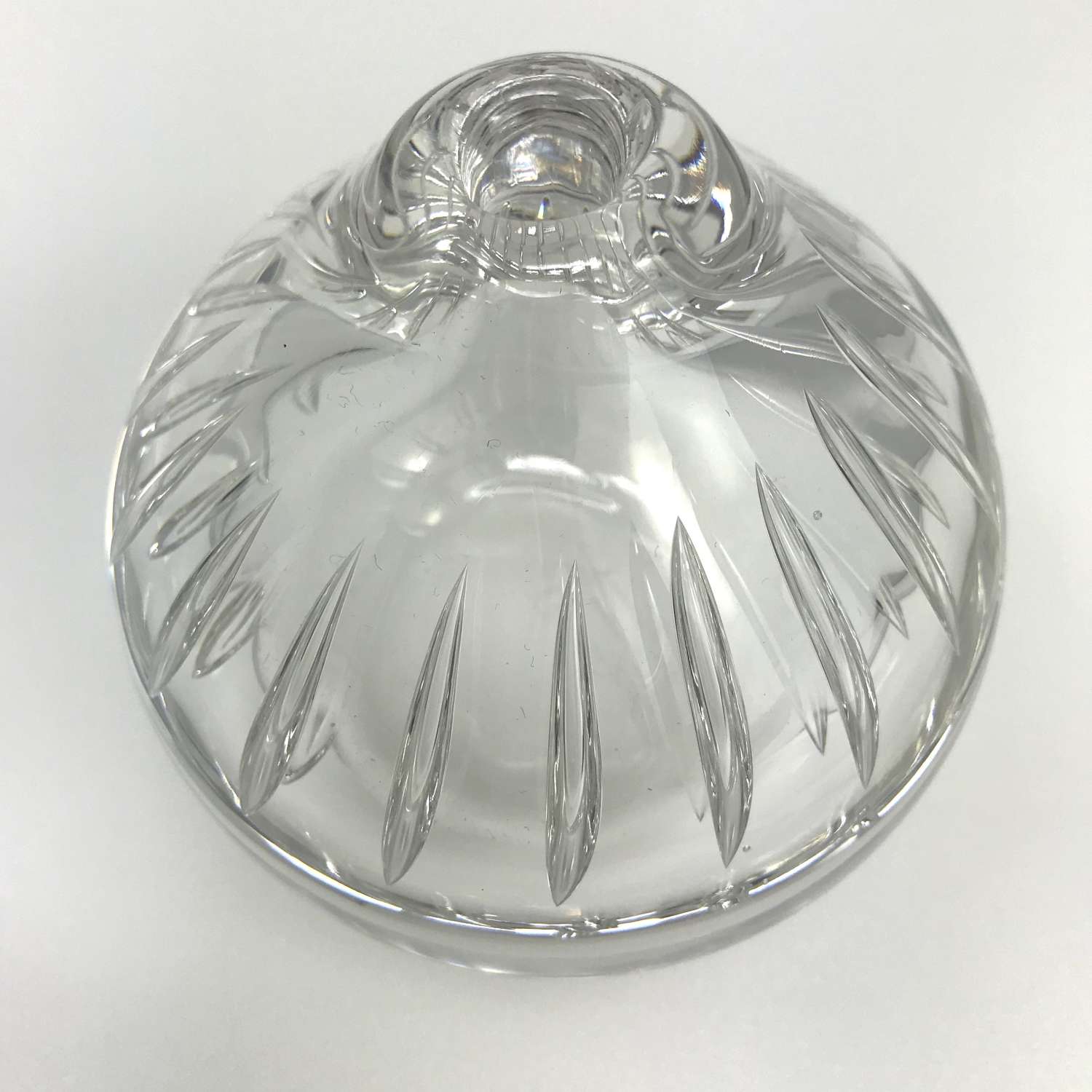 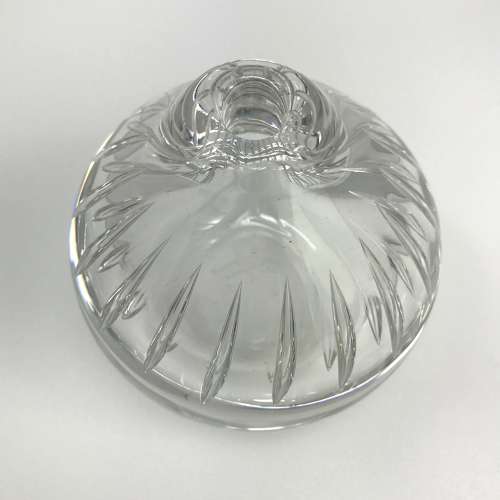 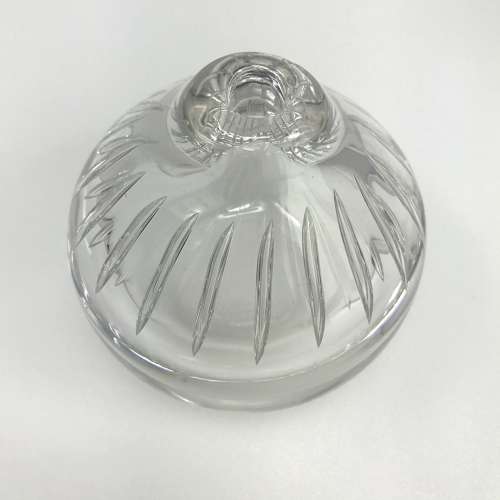 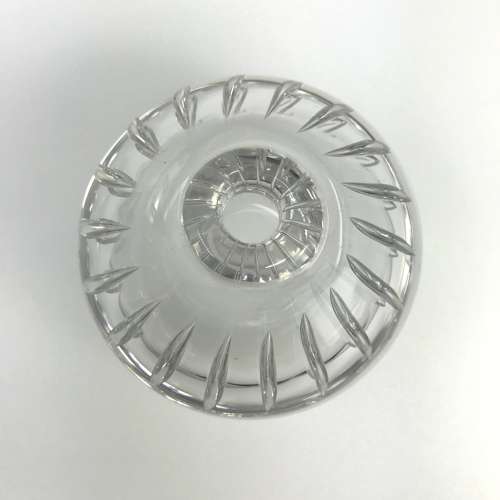 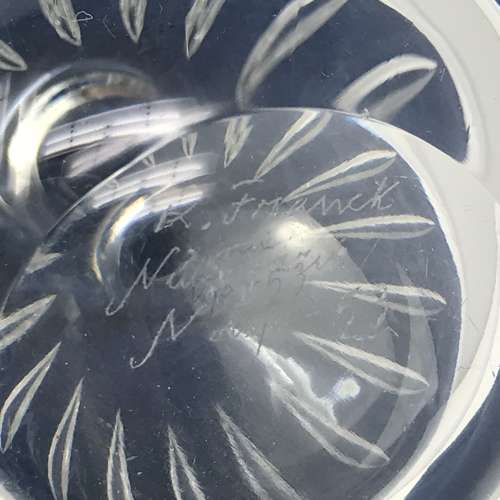 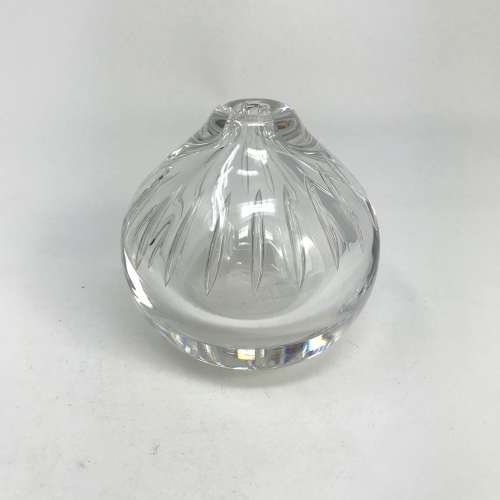 An immaculate small glass vase with internal ariel bubbles captured in the glass. Signed and dated 1953 on the base.

Kaj Franck (1911-89) is one of the greatest names in Finnish design in general but is especially known for his work in glass. He began working in 1946 and along with Tapio Wirkkala and Timo Sarpaneva was one of the leading figures who established the modernist influence on glass design coming from Finland in the 1940s and 50s. As well as producing fine art glass he was an industrial designer who designed a huge range of everyday objects. His influence lives on in Scandinavian design to this day. His work can be found in museums worldwide.