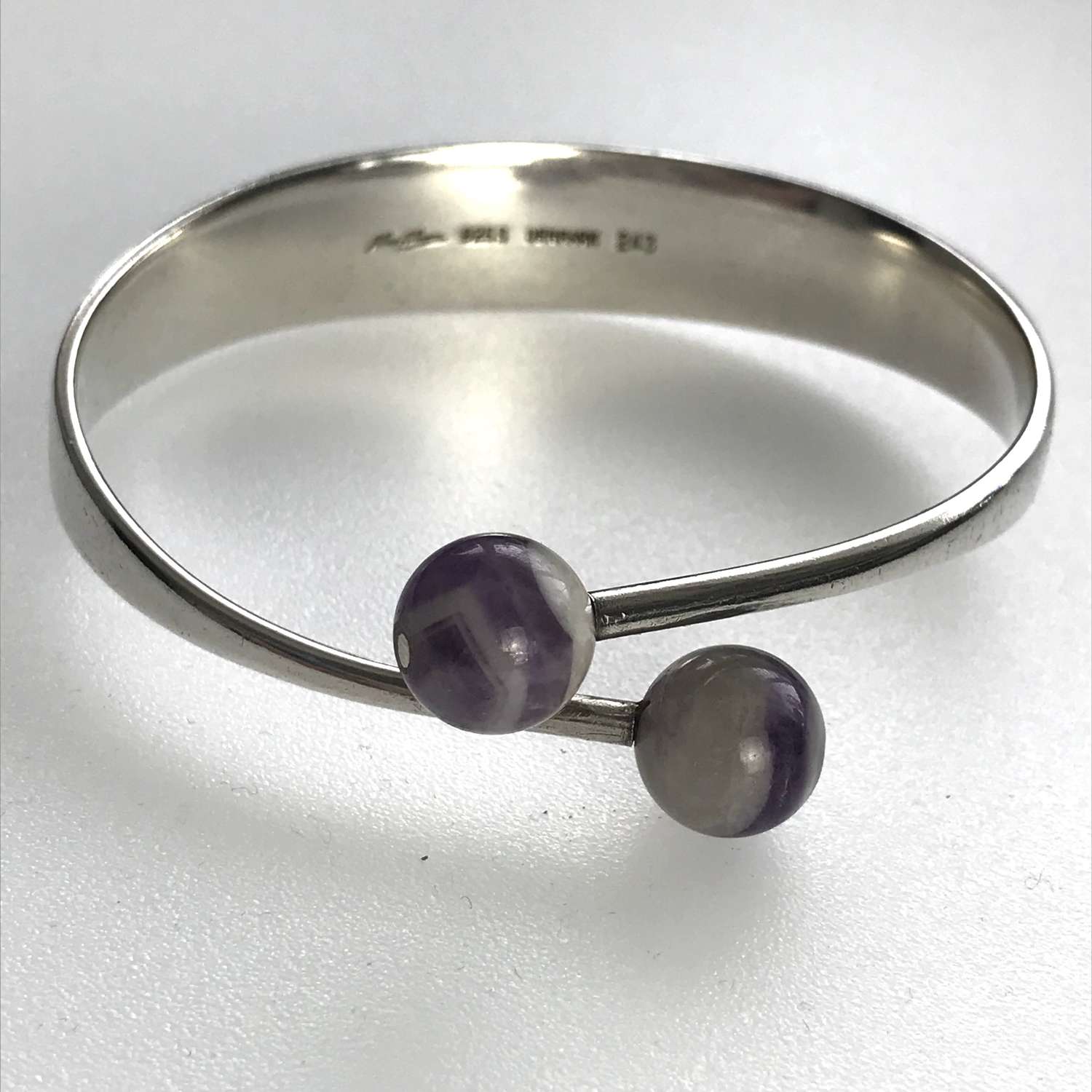 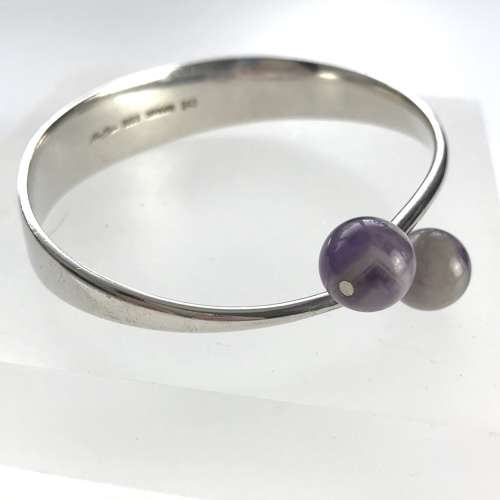 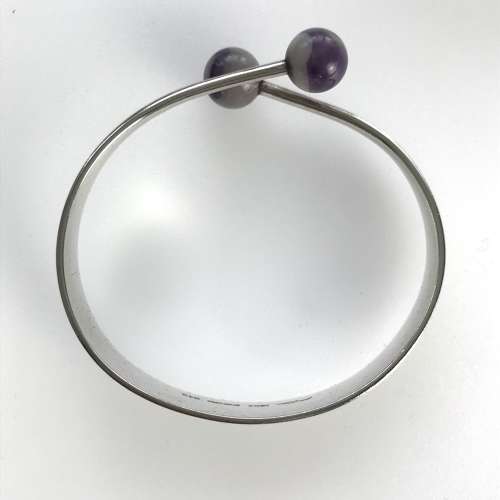 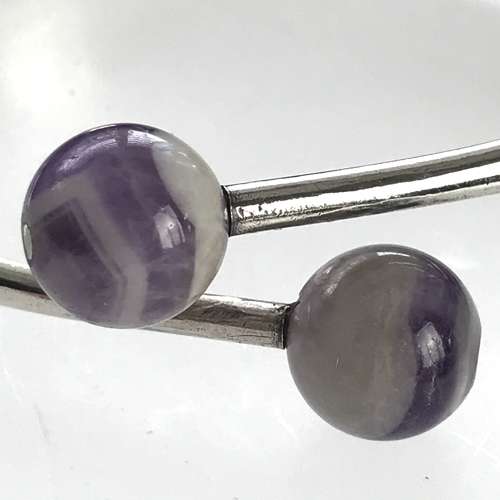 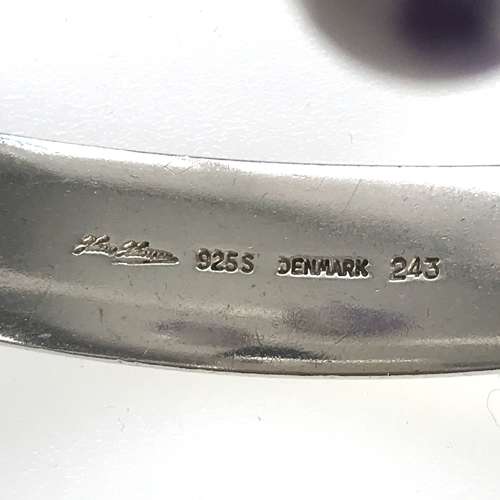 This beautiful and rare Hans Hansen Sterling silver bangle was designed by Bent Gabrielsen.  It is open (so could easily be adjused by a jeweller) and the crossover ends are capped by large polished amethyst beads of approximately 1 cm diameter. At its widest part the band is 1.5 cm and the current internal diameter is 20 cm.

It is in excellent used condition and is marked: Hans Hansen (in script) Denmark 925S 243.

Bent Gabrielsen Pedersen (1928-2014) was hired by Hans Hansen in 1953 and worked there as chief jewellery designer until 1969 before going on to set up his own workshop. He won the Lunning prize in 1964 which was considered as like the “Nobel” prize for Scandinavian design. He also won a gold medal at the Milan Triennial for design  in 1962. A number of his designed were also produced by Georg Jensen.

Hans Hansen (1884-1940) first started trading in about 1906. By the 1920s Hansen was designing and producing his own line of flatware then later moving on to jewellery. The production of items of jewellery began in earnest in 1932 with a collection designed by his son, Karl Gustav Hansen. After his father’s death, Karl Gustav Hansen took over the Hans Hansen Silversmithy. Other designers, including Bent Gabrielsen Pedersen and Bent Knudsen also worked for the company, with Allan Scharff as the leading designer from the 1980s. In 1992 the firm joined with the Georg Jensen company.