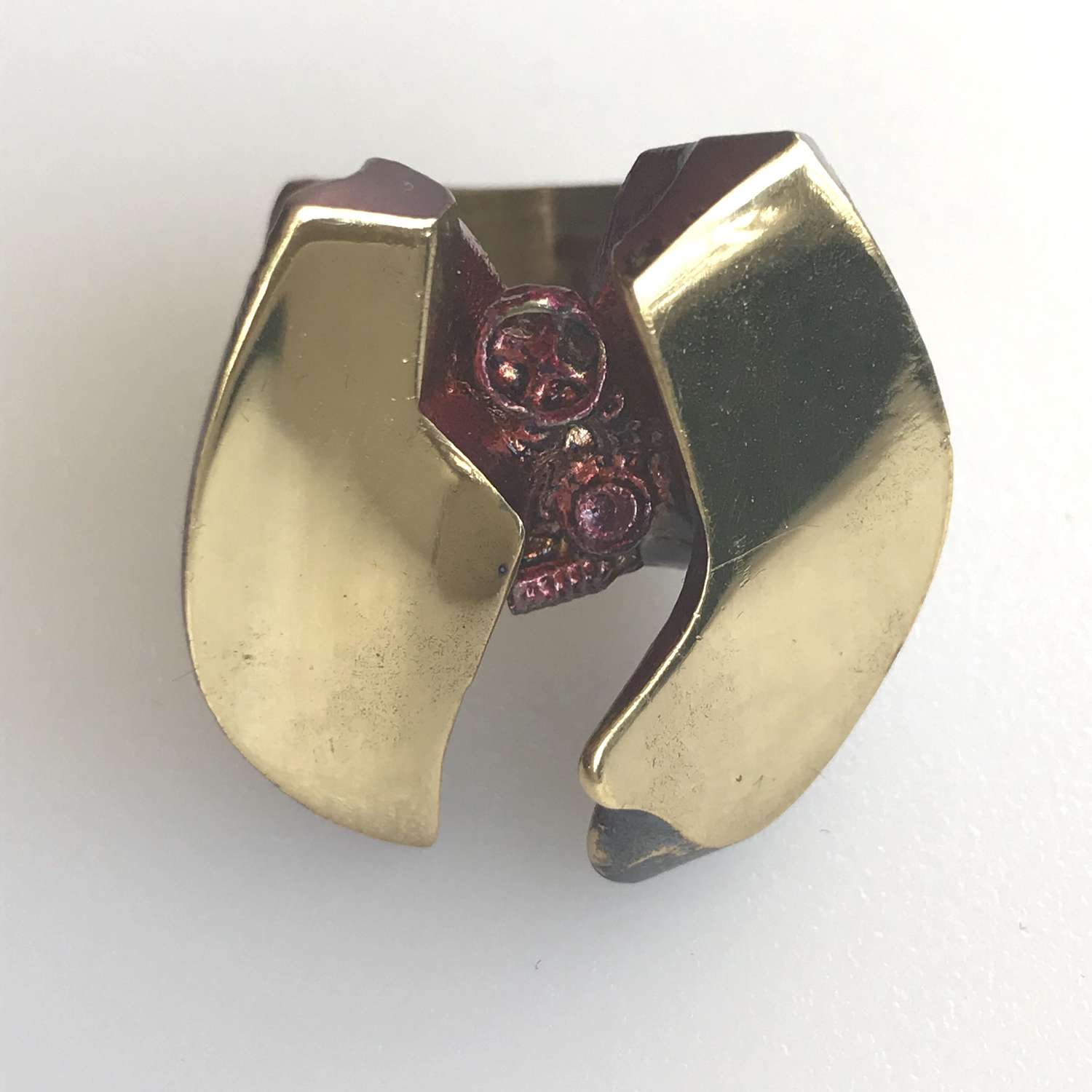 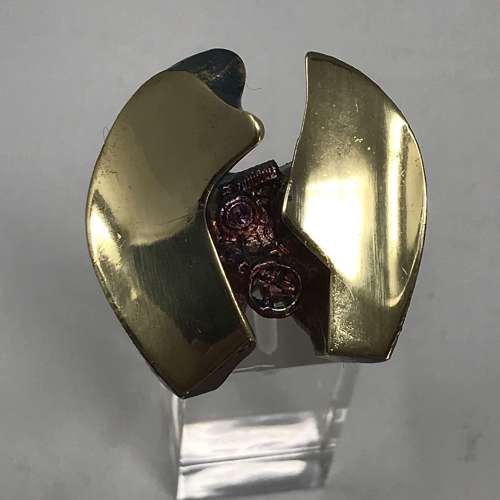 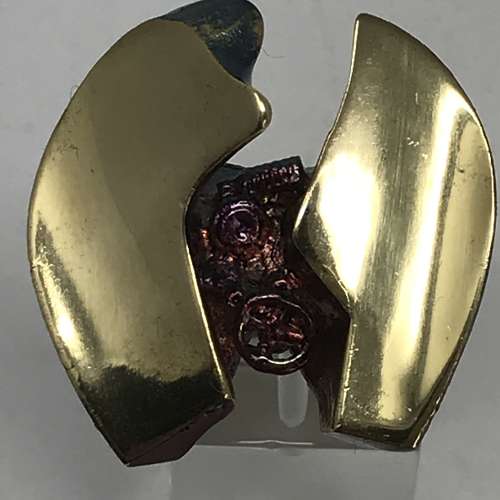 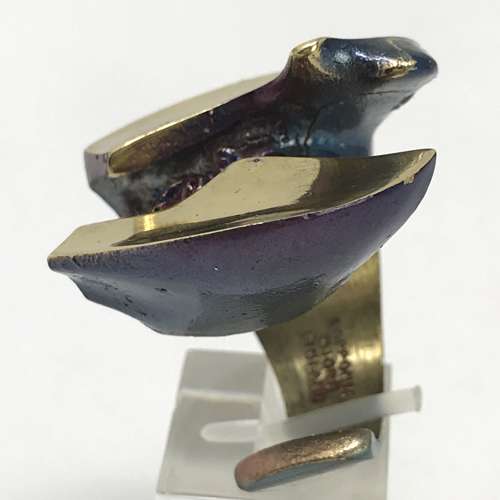 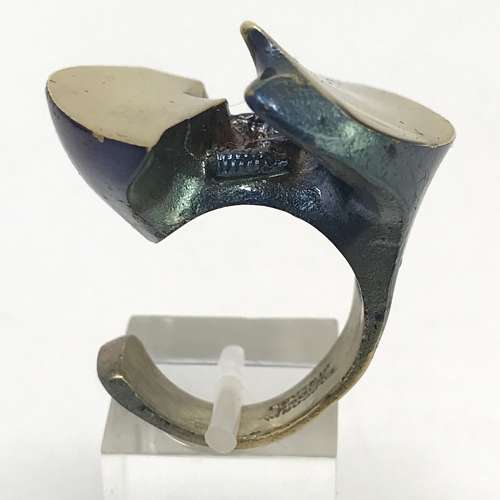 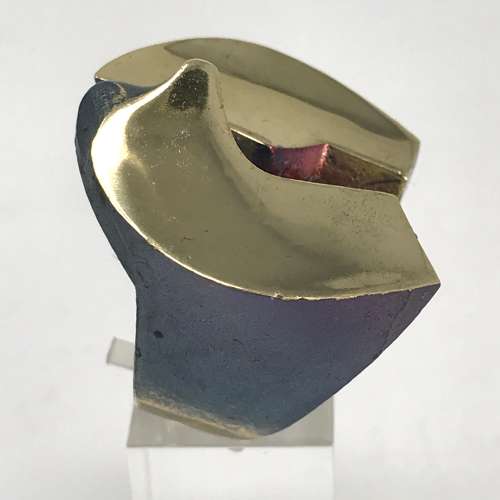 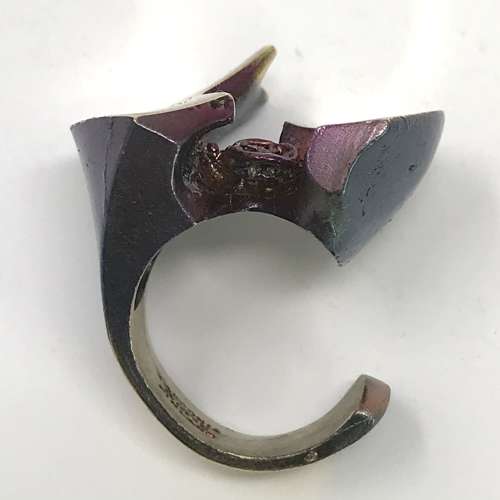 This Lapponia flame bronze ring by leading Finnish designer Björn Weckström makes an impact! The ring has an industrial style and the name ‘Henry J’, as some others in the Flame Bronze Collection, was inspired by the US automotive industry. The name ‘Flame Bronze’ refers to the dark purple-blue-grey finish which was very difficult to achieve. The series was only produced for a short while in the 1970s and the flame (or fire) bronze finish was not used on later pieces.

The ring is size O (UK), which is approximately 17.5 mm internal diameter and 55 mm internal circumference, and is in excellent used condition.  It could be worn by either women or men.

Bjorn Weckström (1935 -) is a leading Finnish designer world renown for his jewellery designs for Lapponia often inspired by forms in nature. He developed a distinctive sculptural look to to his work which has received international acclaim. He has had over 60 exhibitions of his work worldwide. Examples of his work can be found in museums such as the V&A in London and Museum of Modern Art in Boston.