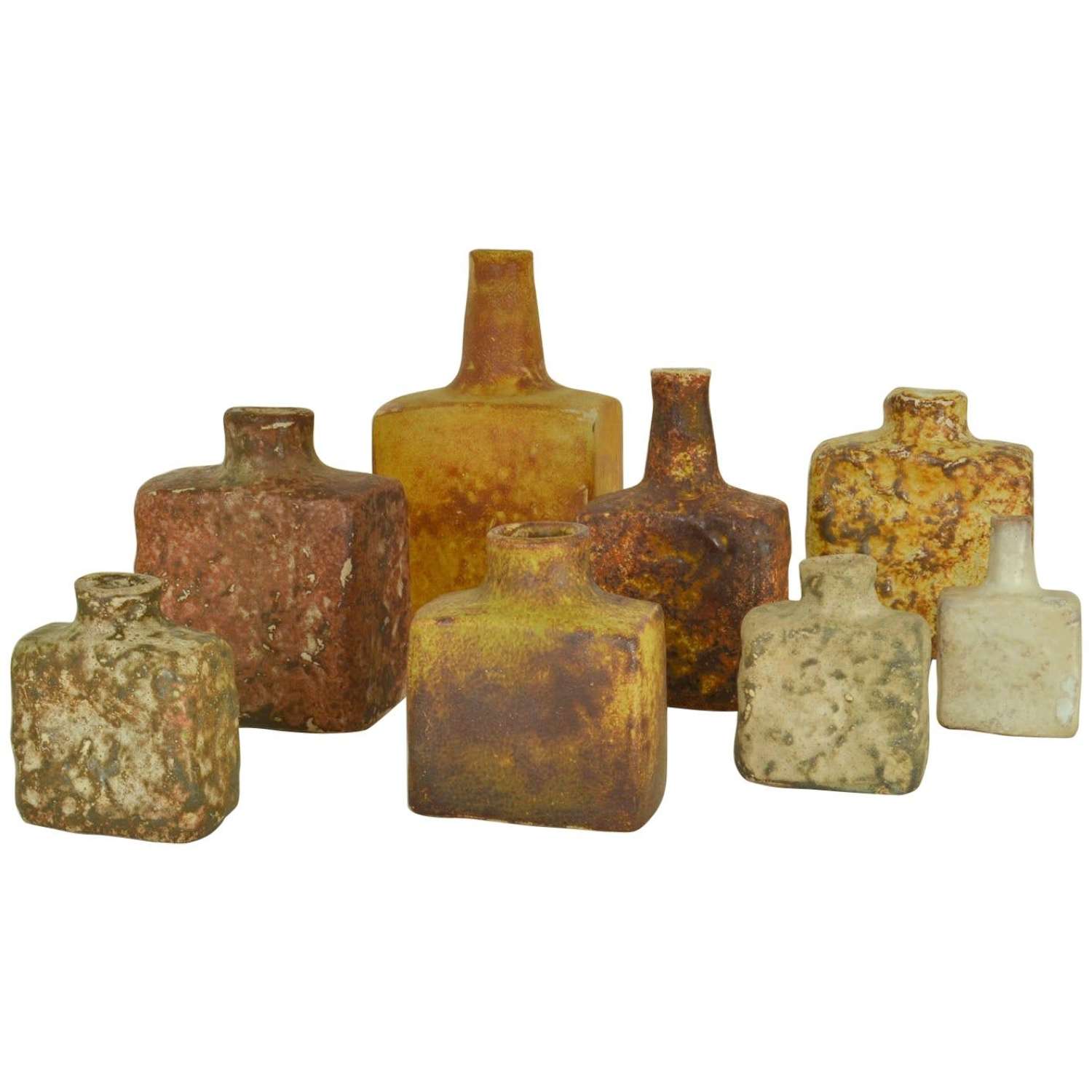 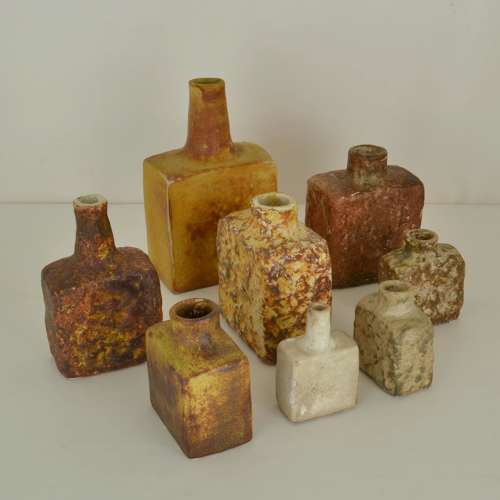 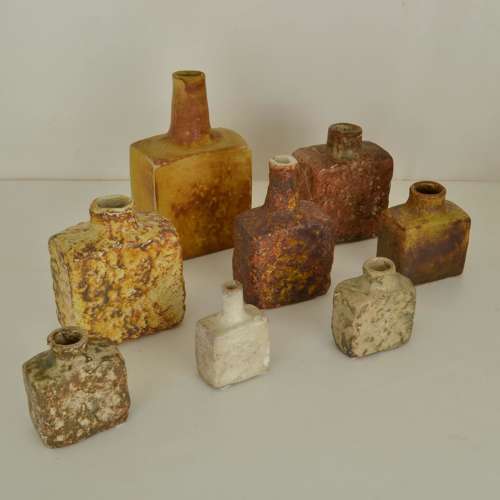 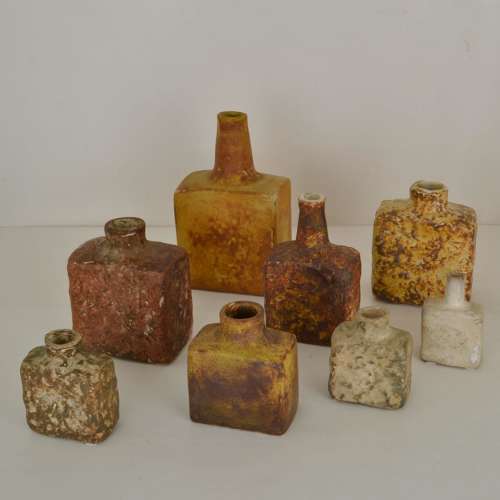 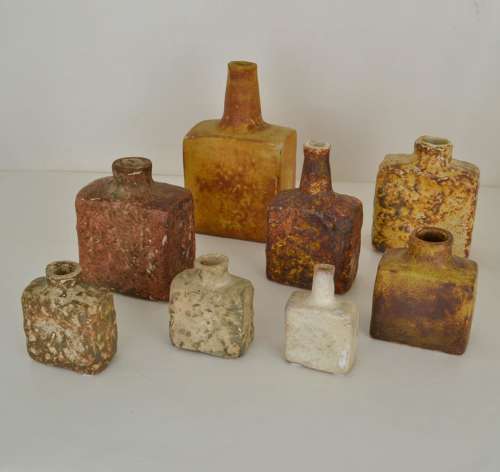 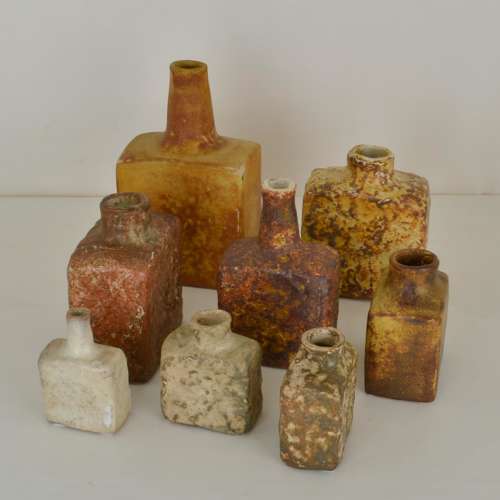 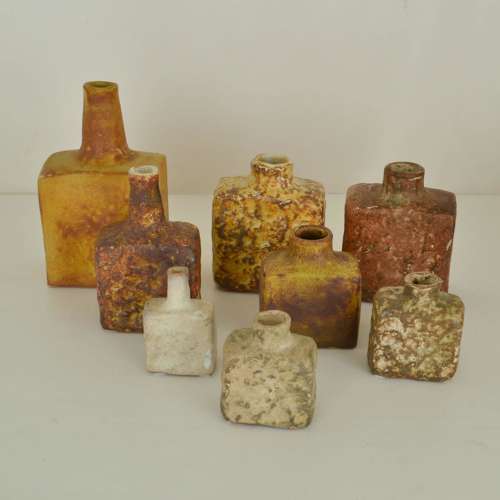 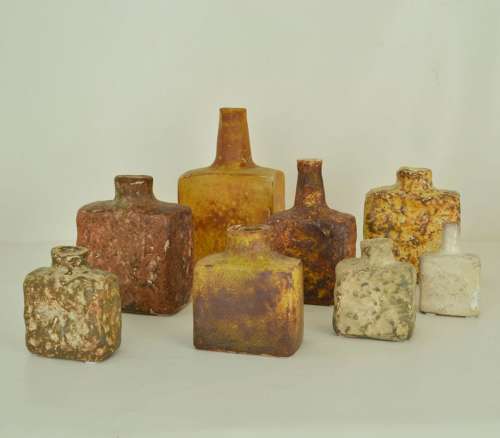 Set of eight Mid-Century Modern square studio pottery vases glazed in ocher and natural earth tones hand formed and in various heights by Mobach's Dutch ceramist made in the 1960's. The glazes made of natural resources are highly influenced by leading English Potter Bernard Leach.

Fill in this form to email this item to a friend

Fill in this form to send us your enquiry