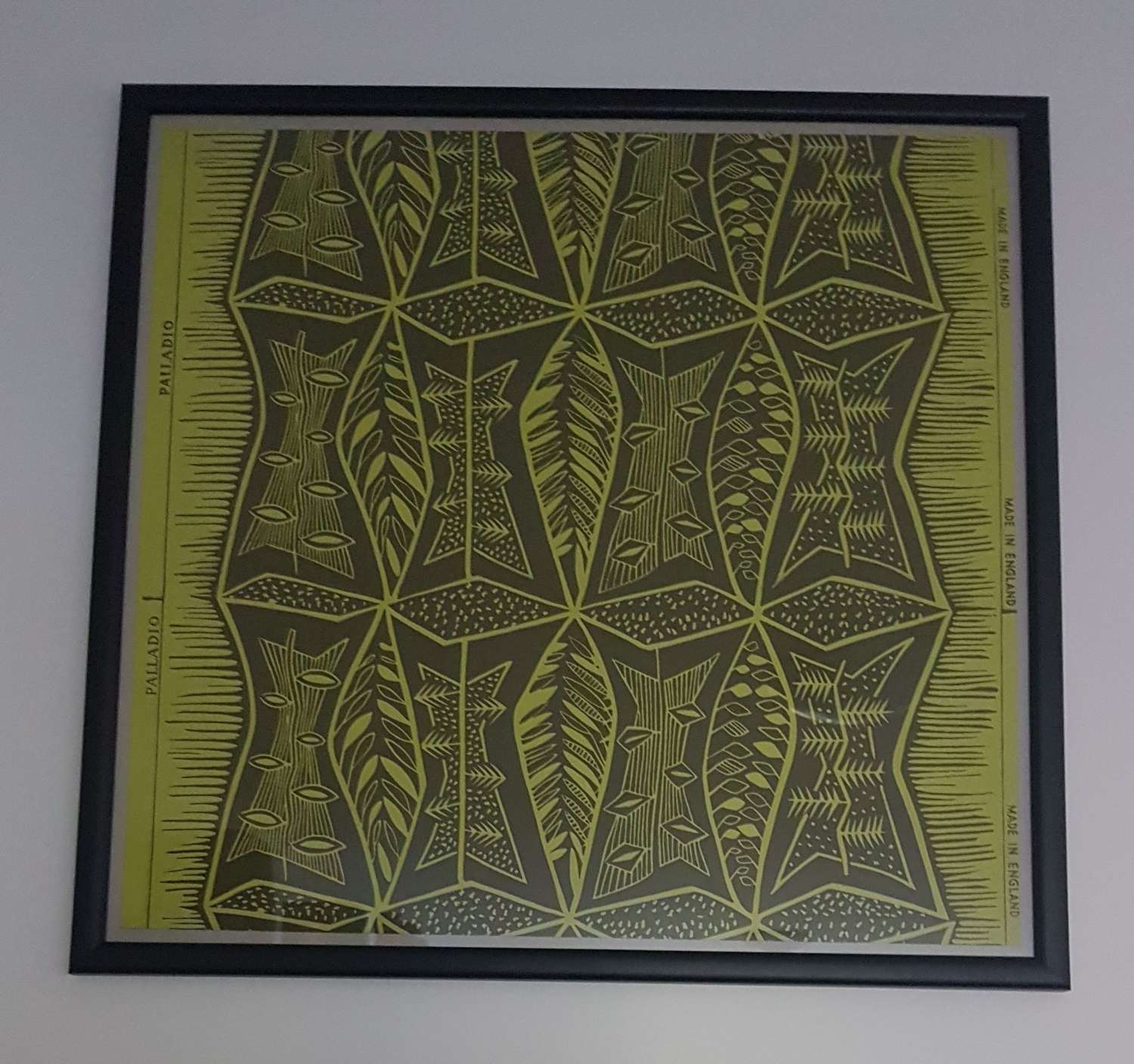 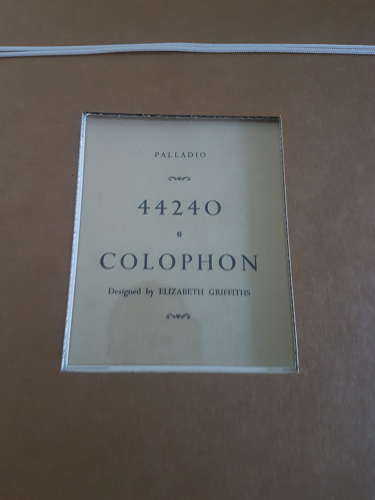 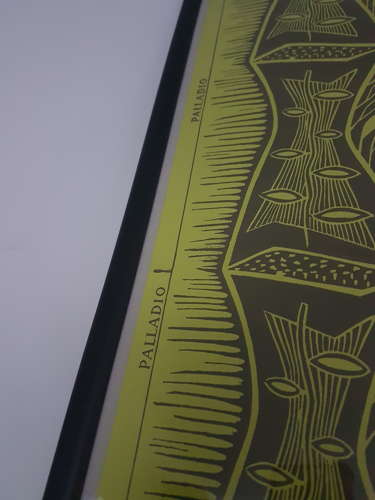 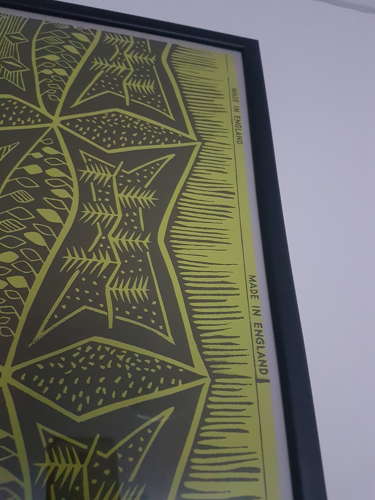 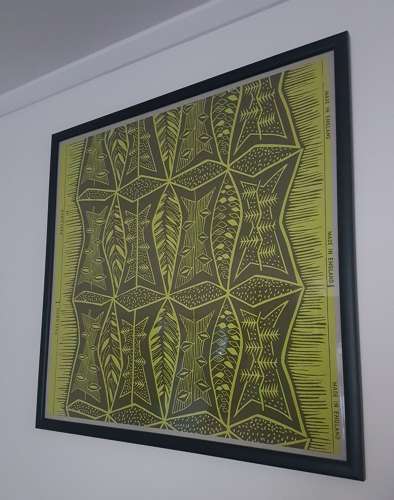 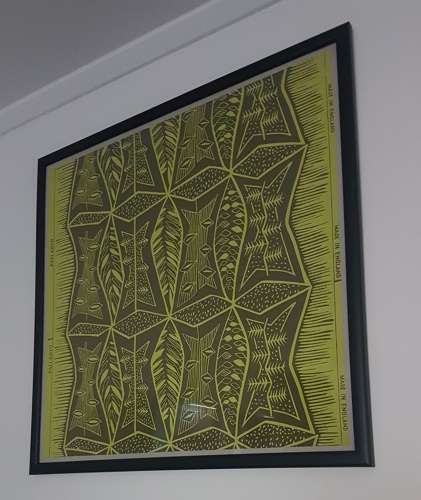 This is an original wallpaper sample from 1957 called Colophon which was designed by Elizabeth Griffiths for Palladio which later became Sanderson. We have had it freshly framed in an elegant, rounded matt black frame with glass front and ivory white framing card, to the back we had a clear acetate window added so that the Designers name can be seen along with all the other information on it. Wear consistent with age and use. crease marks and foxing to edges. This sample is from their second sample book in 1957 which was issued to architects. A sample of this is also held at the Victoria and Albert Museum in the Prints and Drawings Study Room. It is also held in the Museum of Domestic Design and Architecture in London whose collection is designated as being of outstanding international value by The Arts Council in England. The Palladio range was produced by Lightbown Aspinall between the 1950s and early 1970s. It represented a bold and experimental vision for post-war wallpaper. Over fifty artists and designers were involved in producing the Palladio range, including Roger and Robert Nicholson, Audrey Levy, Terence Conran and Elizabeth Griffiths. The Palladio range was a catapult for the careers of many young designers in the 1950s and 1960s. The papers in the Palladio range were created to be extravagant, cutting edge, screen-printed, artist designed wallpapers. They were targeted towards architects working on large-scale interiors. Reference to the Museum of Design and Architecture, Middlesex University of London.