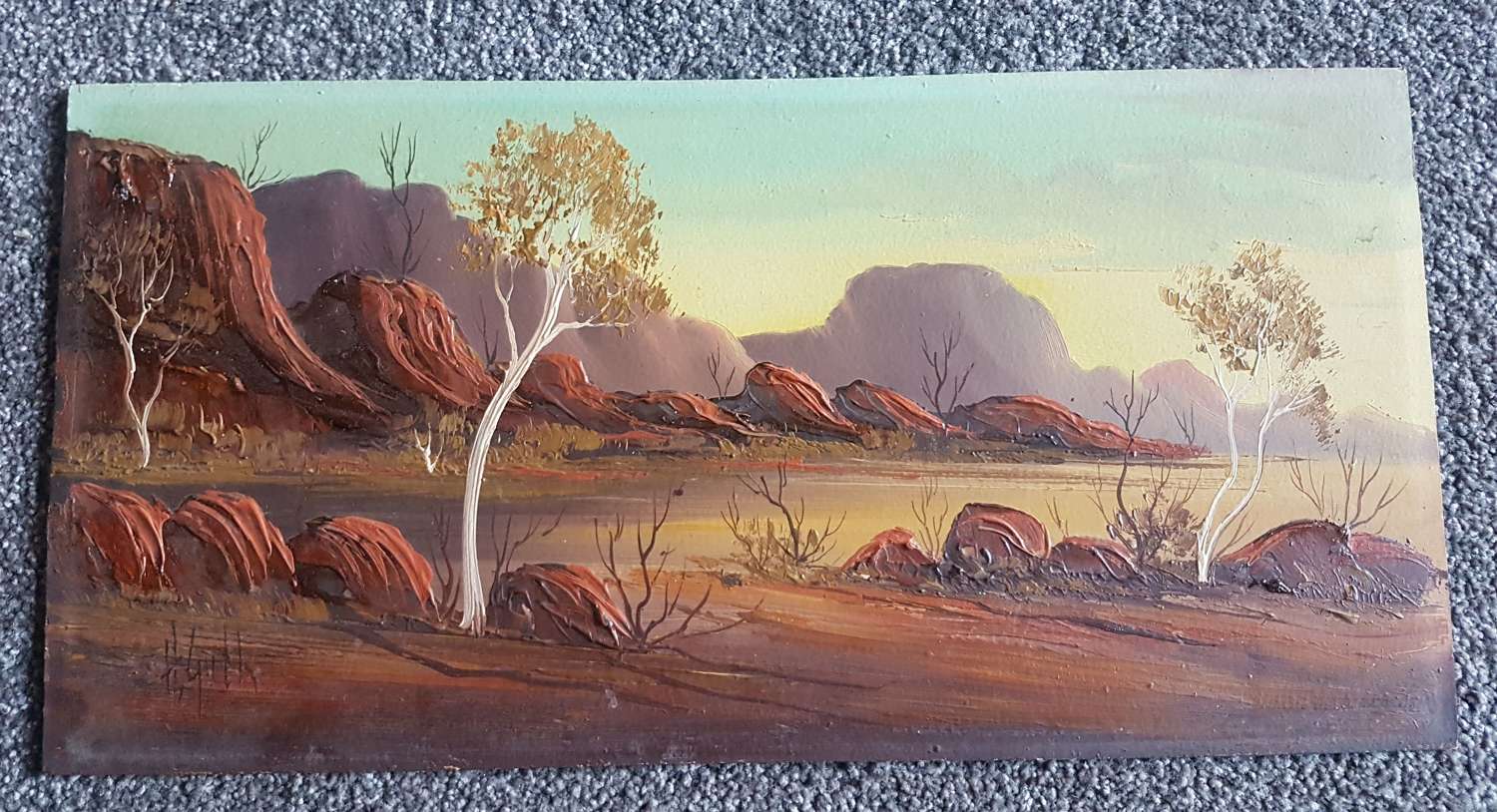 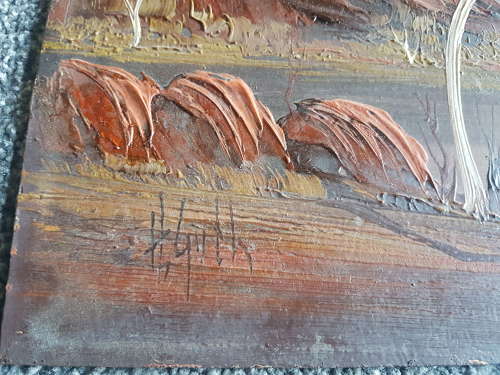 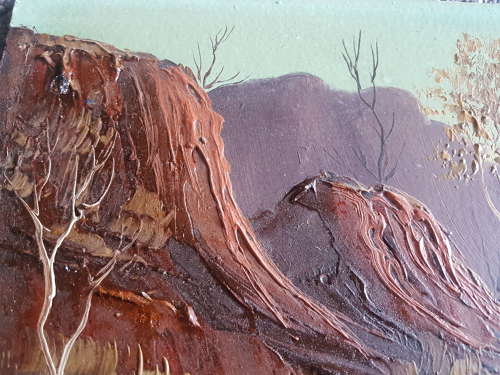 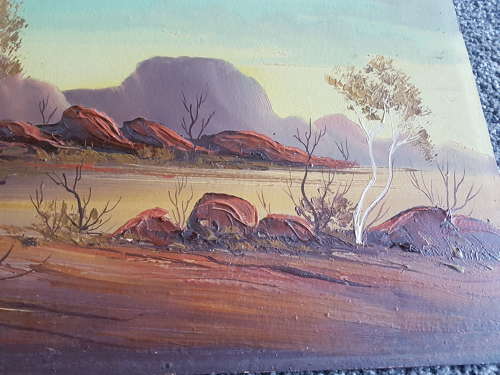 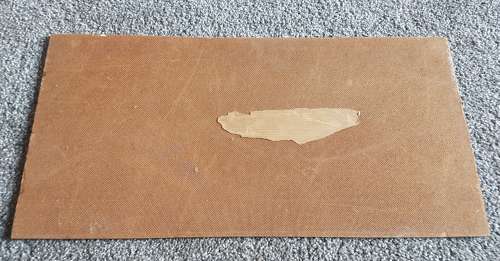 Henk Guth Australian Oil on Board

Oil on board by Henk Guth of Austrlian landscape, a very textured painting.

Henk Guth was born in Arnhem, Netherlands, and studied there at the Academy of Art and Design from 1938 to 1942. After graduating from the Academy, he moved to Amsterdam to pursue his career.

In 1960 he emigrated to Melbourne, and in 1966, moved to Alice Springs, where he opened an Art Gallery. He started manufacturing his own oil paints from an old Dutch formula.

Gradually the Art Gallery grew into a museum of aboriginal culture. In 1971 plans were drawn up for ‘Panorama Guth’. The idea came from a similar project in The Hague – Panorama Mesdag – a seascape painted in 1880 and housed in a purpose-built museum. The panorama is a cylindrical painting (also known as a Cyclorama).

Guth made a similar circular painting on canvas that was also viewed from a central platform, giving the impression of standing on a look-out. It measured 6 metres in height, and 70 metres in circumference, with a diameter of 20 metres. Like Panorama Mesdag, the foreground here extended 6 metres from the platform to the painting and was of natural sand and flora. It gave the effect of being in the bushland. It was a spectacular achievement and the only panorama of its type in the world.  It was opened by Prime Minister Gough Whitlam in 1975.

It became one of Alice Springs’ major tourist attractions. Unfortunately, it was destroyed by fire in 2005.

Guth’s works are represented in galleries and collections throughout Australia and Europe.