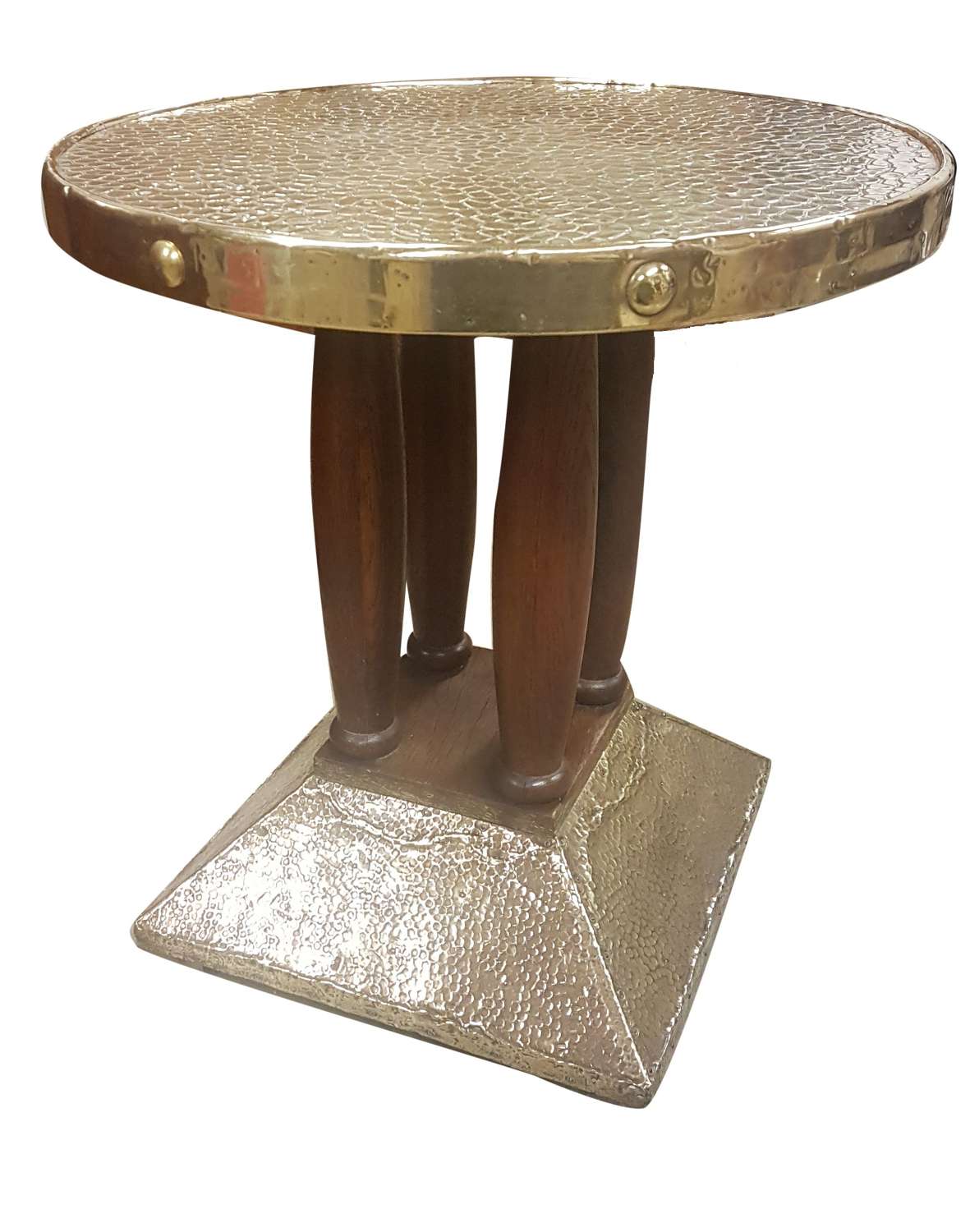 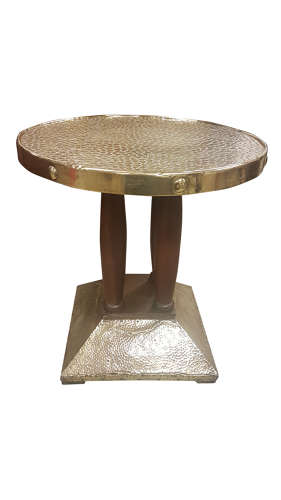 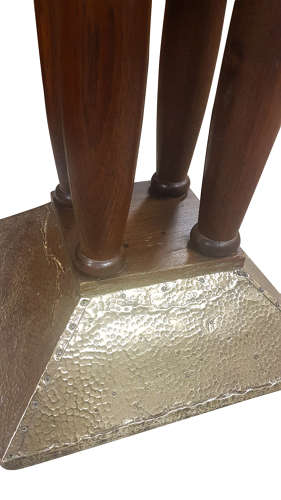 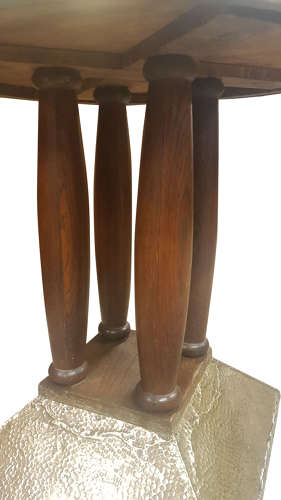 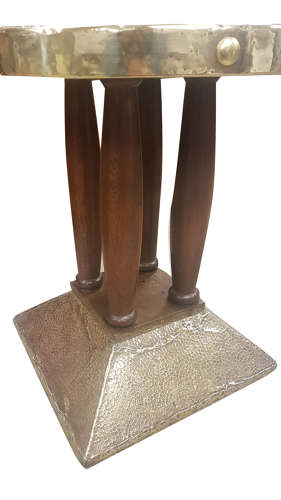 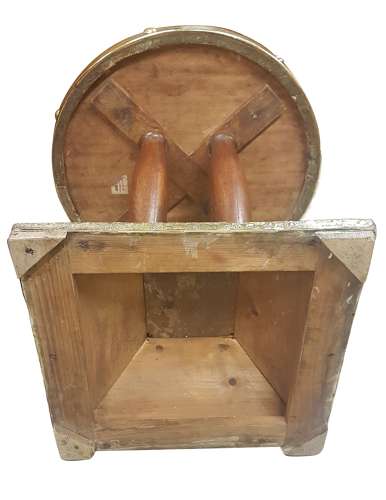 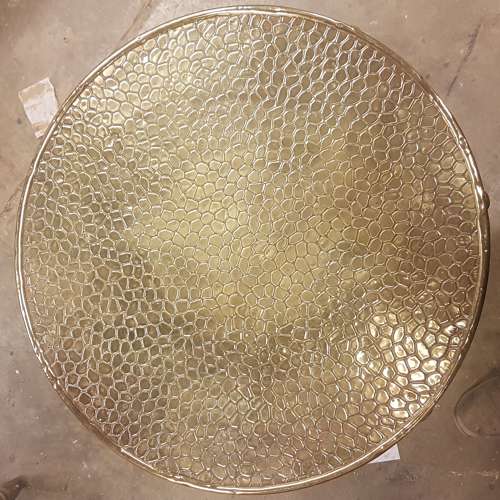 Oak and brass secessionist table in the manner of Josef Hoffmann

A great quality strong and sturdy oak and brass side table with quadruped solid oak column centre. The base is of pine covered in hand hammered brass sheet and the top is covered in brass that is in the design of crocodile skin.
The oak sections retain their original polished finish with some of the original whiting still showing, mainly to the base oak section under the columns. This whiting appears to be a common thread with Josef Hoffmann’s oak items of this period.
Although not stamped it is in the manner of Josef Hoffmann and many of his designs of the period, this table is of the early 20th century.

The Austrian architect Josef Hoffmann was a central figure in the evolution of modern design, and a leader in an aesthetic movement born in Europe in the late 19th century that rejected florid, extravagant ornamentation in favor of a new emphasis on simplicity of line. As a founder of the turn-of-the-century Wiener Werkstätte (in English: the Viennese Workshops), a design cooperative that produced superbly crafted furniture and housewares,

Hoffmann was a pioneering practitioner of what would become a fundamental principle of modernism: that good design is a way of life.