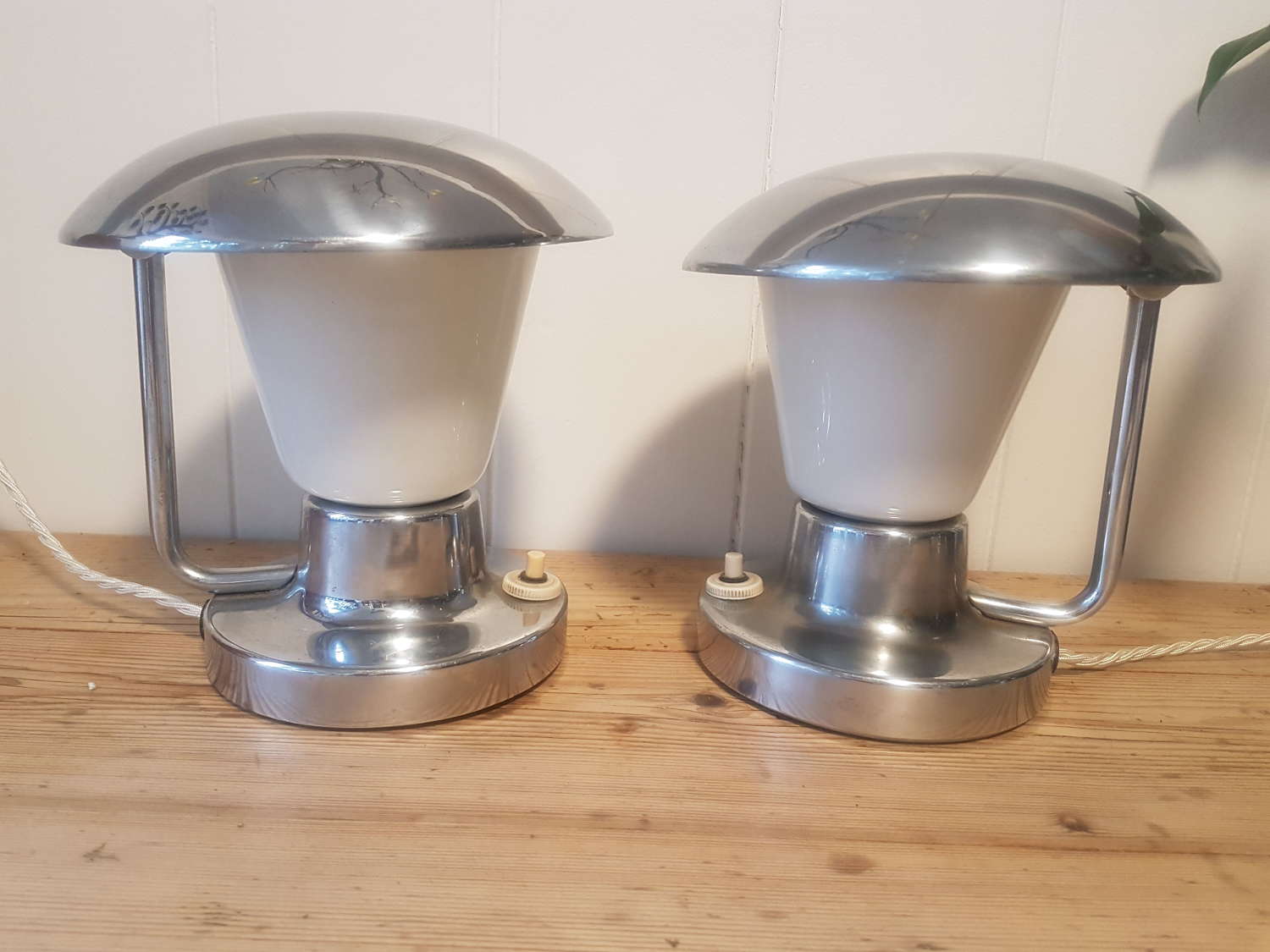 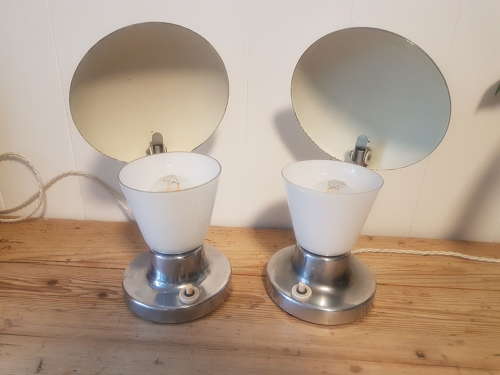 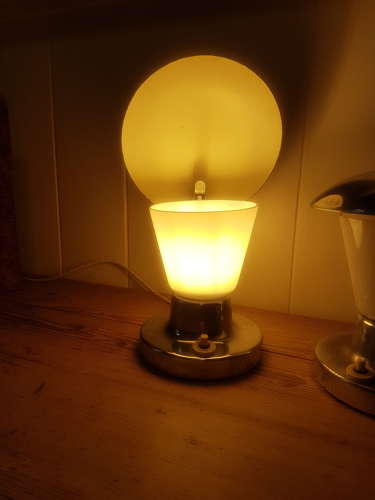 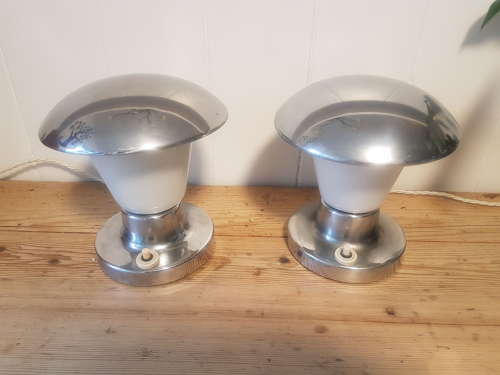 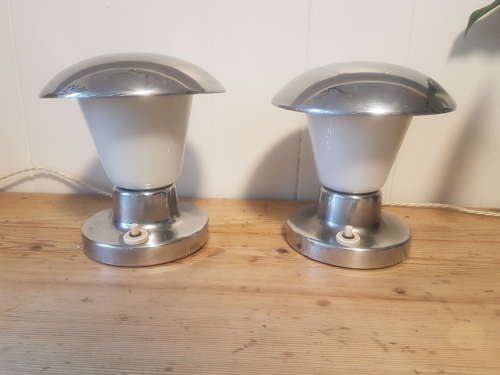 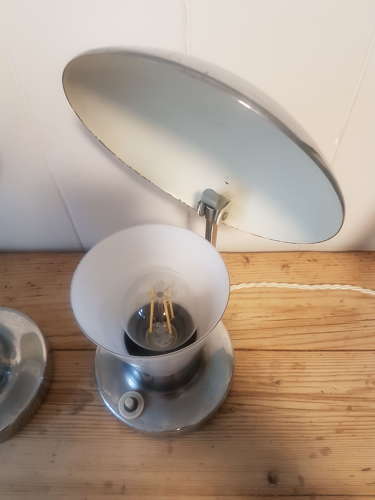 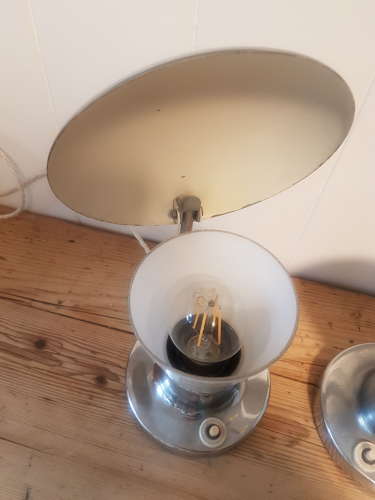 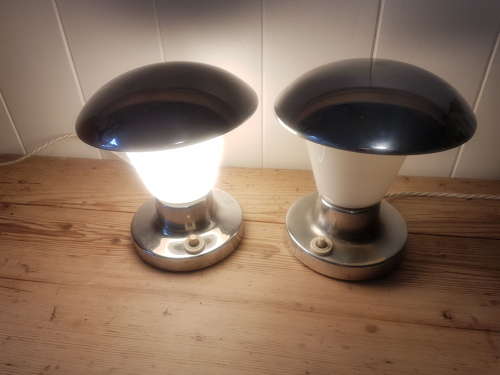 A superb and rare version of this mid 20th century Czech desk lamp designed by Josef Hurka for Napako. These have been fully rewired and have just been test & tagged ready for use. The chrome is in good order with minor wear and tear, the tops lift up to reveal the enamelled underneath that acts as a reflector to disperse more light. The opaque glass diffusers are original and in good condition.

Josef Hurka is a Czech designer. He has been working at Napako since the late 1940s, first as an electrician and later as a lighting designer. In this field, Josef Hurka is considered the most active designer in post-war Czechoslovakia. He also worked for the three main manufacturers of that time: Drupol, Napako and Lidokov.