Very interesting artwork signed Velcela Cockell but appears to be by the hand of William Cockell, it is unusually an oil on velvet painting. The painting is of the SS Waimana which was a New Zealand troop carrier in WW1.

Steel steamer of 8128 tons. Built in 1911 by Workman, Clark & Co., Belfast, for Shaw, Savill & Albion Shipping Co. Used as troopship during WWI (HMNZT No. 12), and sailed from Auckland on 11 October 1914 with 1600 men and 500 horses, part of the Auckland contingent of the Main Body. In 1918 she resumed her normal trade. In 1926 chartered by the Aberdeen Line and renamed Herminius. In 1932 reverted to Shaw, Savill & Albion, again as Waimana. In September 1939, the Waimana, Pakeha and Mamari were purchased by the British Government and converted into dummy warships to resemble the Royal Sovereign class. In February 1942 she again put to sea as the Empire Waimana. Repurchased again by Shaw, Savill, again as Waimana. Scrapped in 1952. See Ships with New Zealand Associations

It is painted through the persepective of either a telescope or Periscope, a very atmospheric painting. I have two of these paintings and the only other one that is known of is held in the New Zealand Maritime Museum, item number 2003:6. 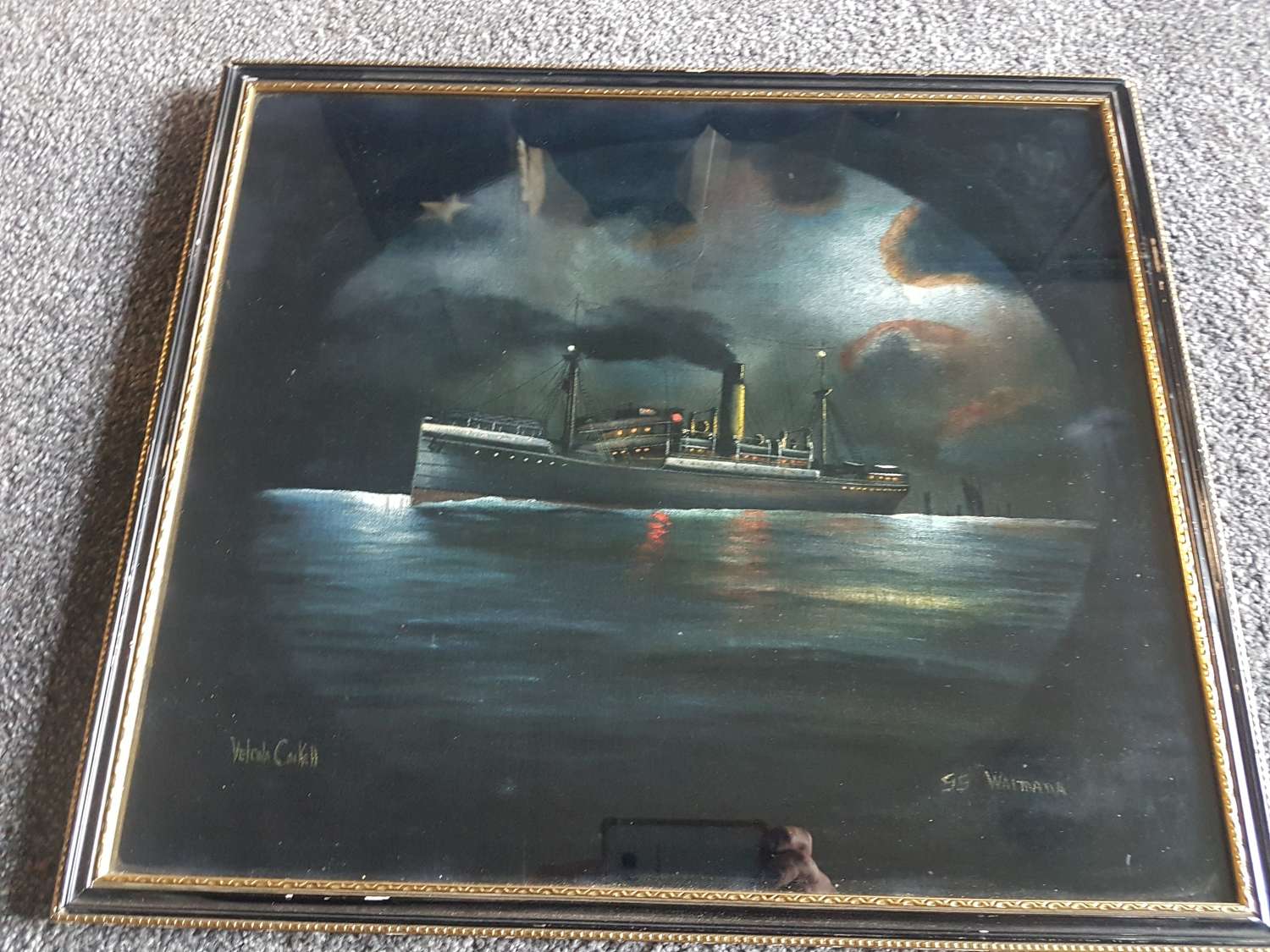 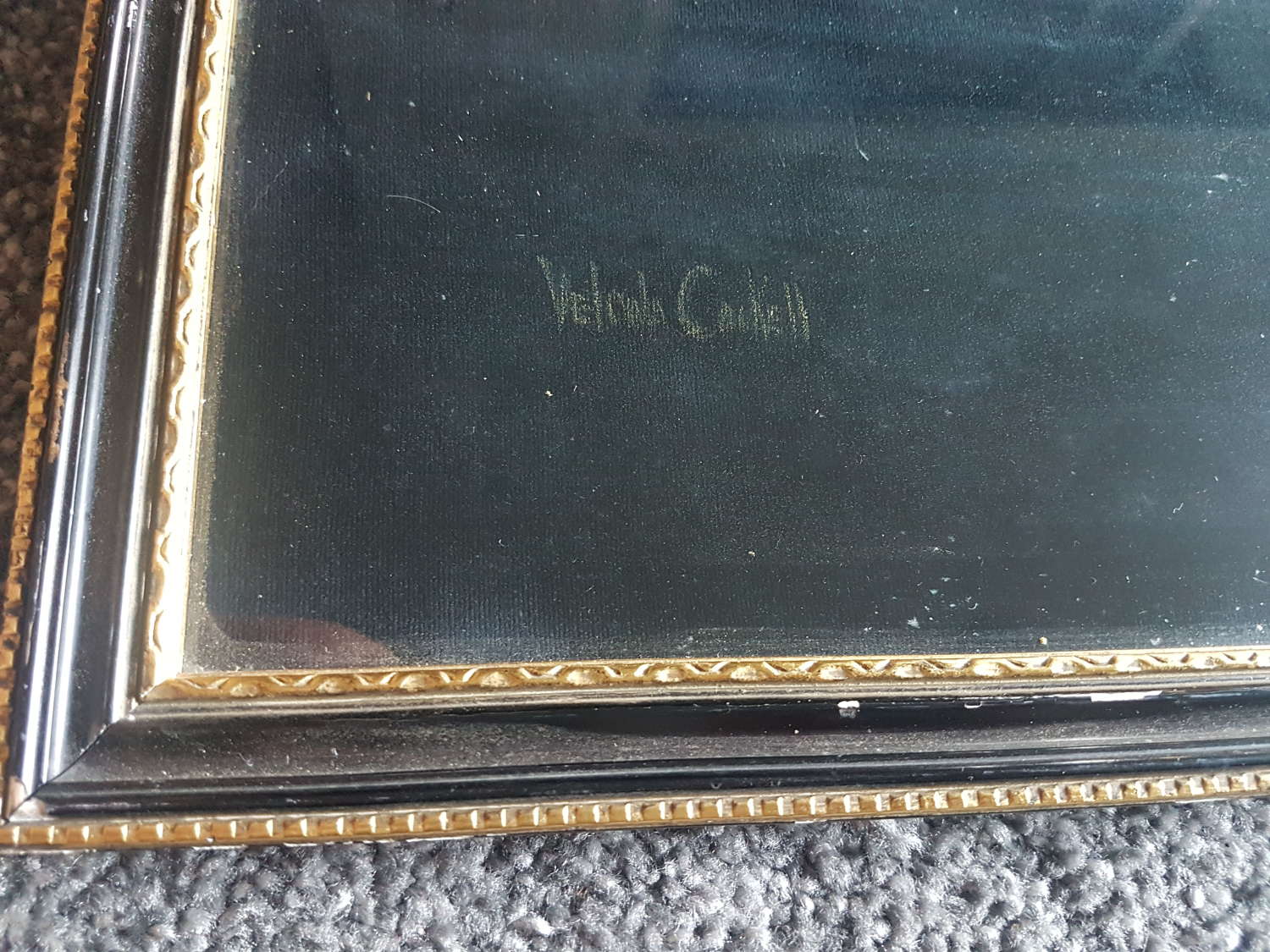 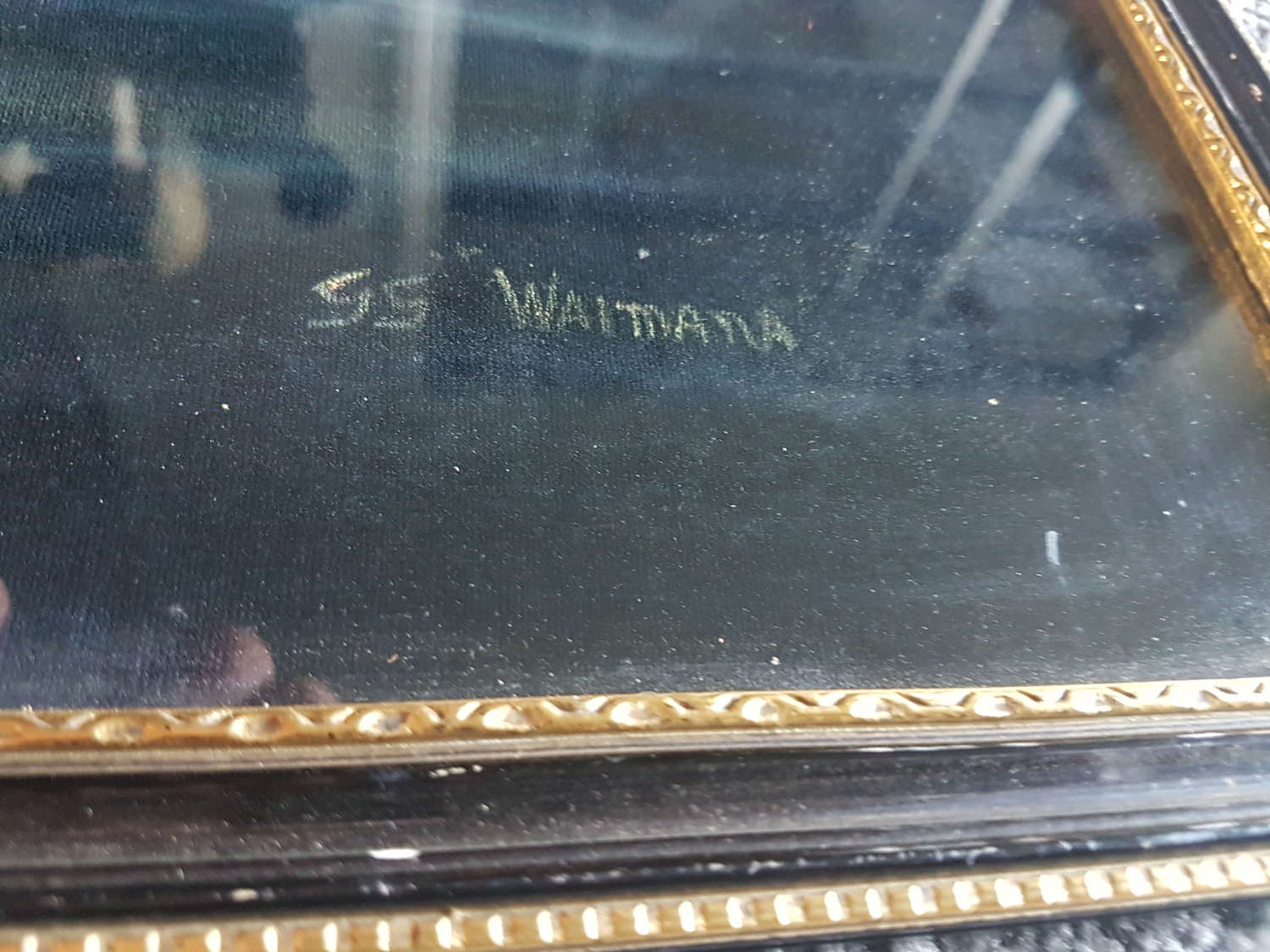 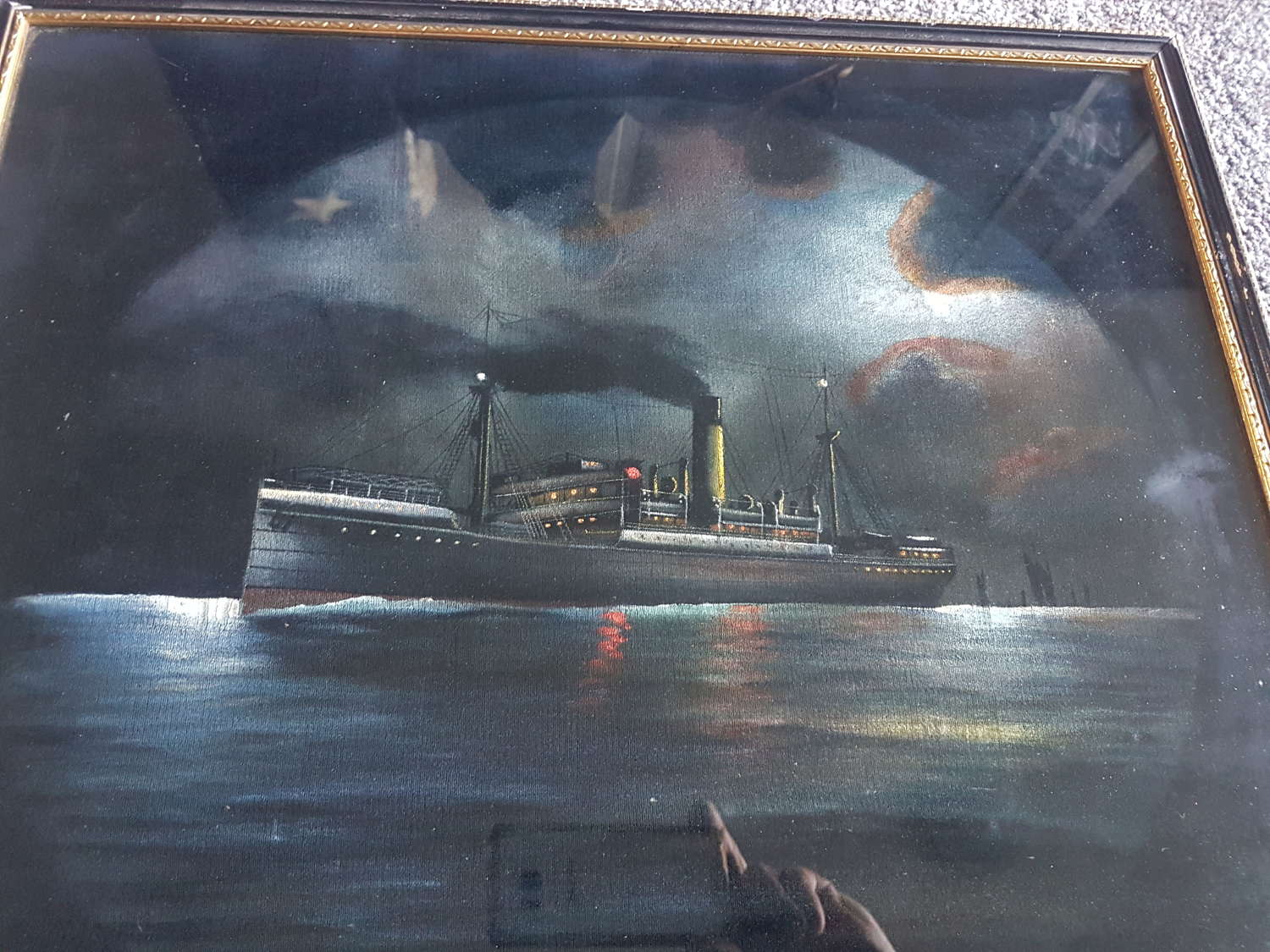 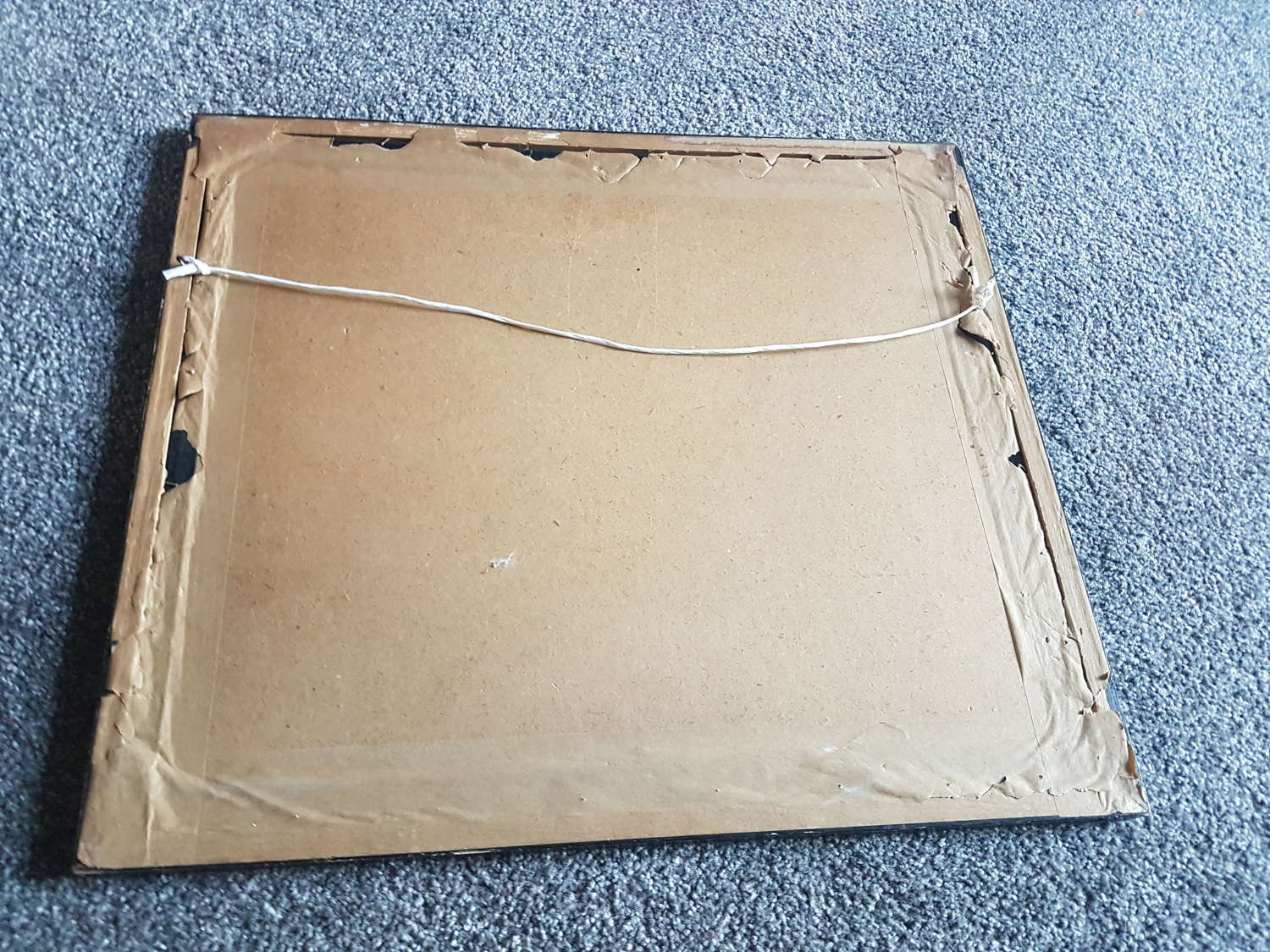