The work of Alexander James draws on the Vanitas tradition of the Italian Renaissance and the later Dutch Masters while making a few liberal interpretations.

His work objectifies and delights in decaying fruit, cut flowers, insects and animal carcasses, placing them in familiar arrangements with a notable, but nearly often imperceptible difference - they are, in fact, underwater.

James considers his work as much sculptural as it is photographic – each piece is built in his Docklands studio before it is submerged into black, velvet-lined tanks filled with highly purified water. Then they are photographed; often it takes just once or twice to get the perfect shot.

He describes it like this: “The subtle distortions of light & movement from the waters own wave energy creates a unique effect. The subjects appear to be floating in a black space that neither interferes nor disrupts the subject matter. The collaboration within this void offers a serene and dreamlike sensation.”

He adheres to a doctrine of “in camera purity”, eschewing digital film and post-production editing in favour of “the caustic chemicals to which you expose these delicate strips of celluloid - all of which are unrepeatable moments in time.”

This is hardly surprising if we return, as he does, to the satiric nature of still life as false preservation from the inevitable. Fruit rots, people die, even a painting can be burned or a photograph buried. Life and its records are easily lost. James often destroys his assemblages after he’s shot them, sowing and reaping his own “unrepeatable moments in time”. Perhaps the cycle make them more beautiful.

Taken from an article in the New Statesman 2013 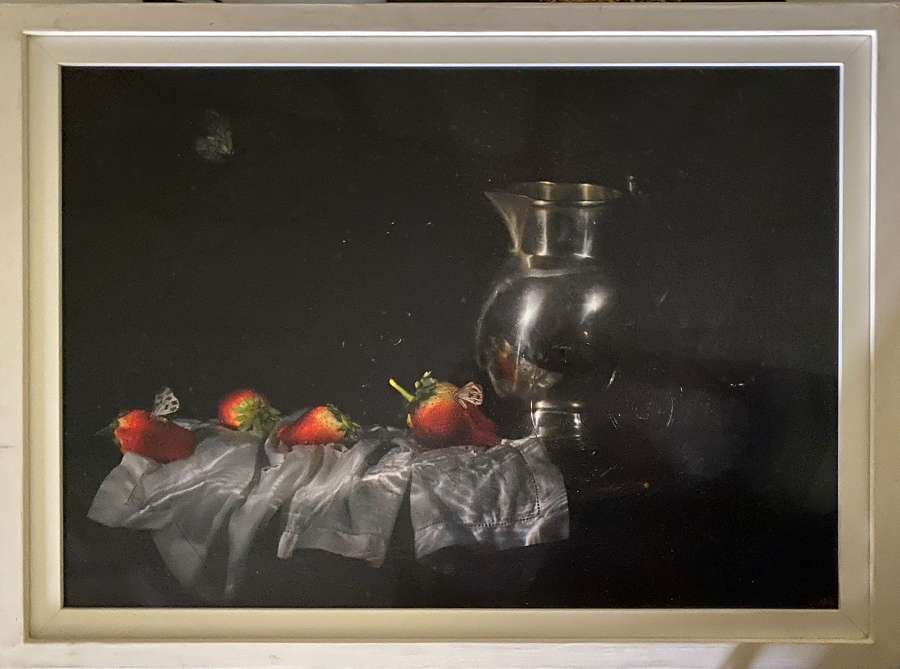 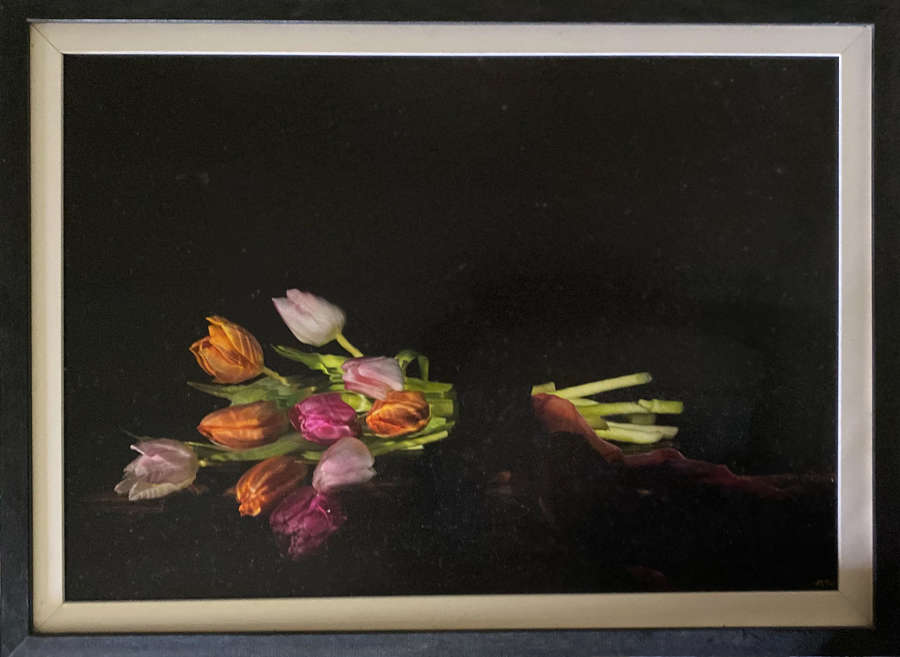 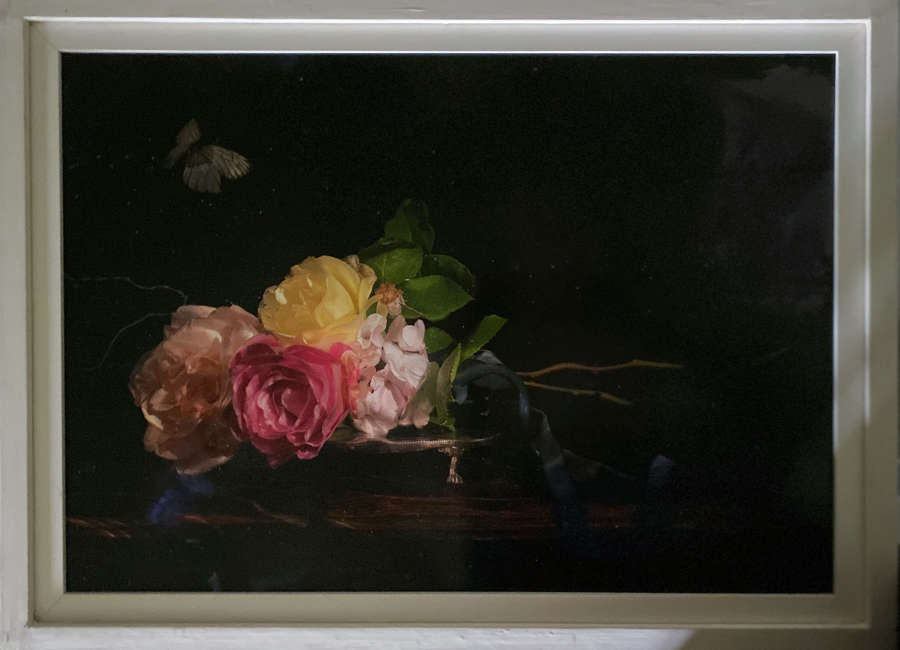 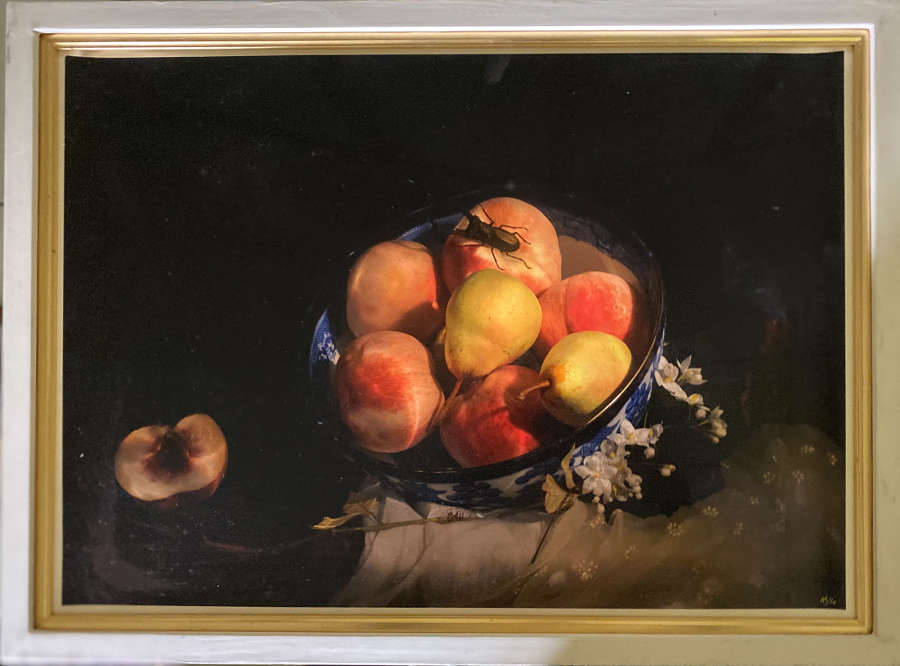 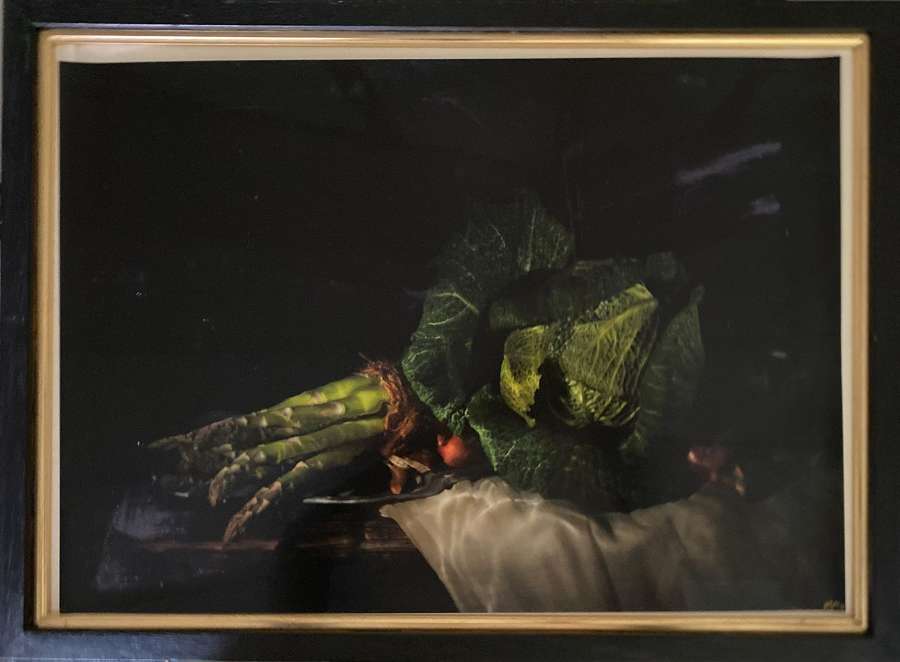