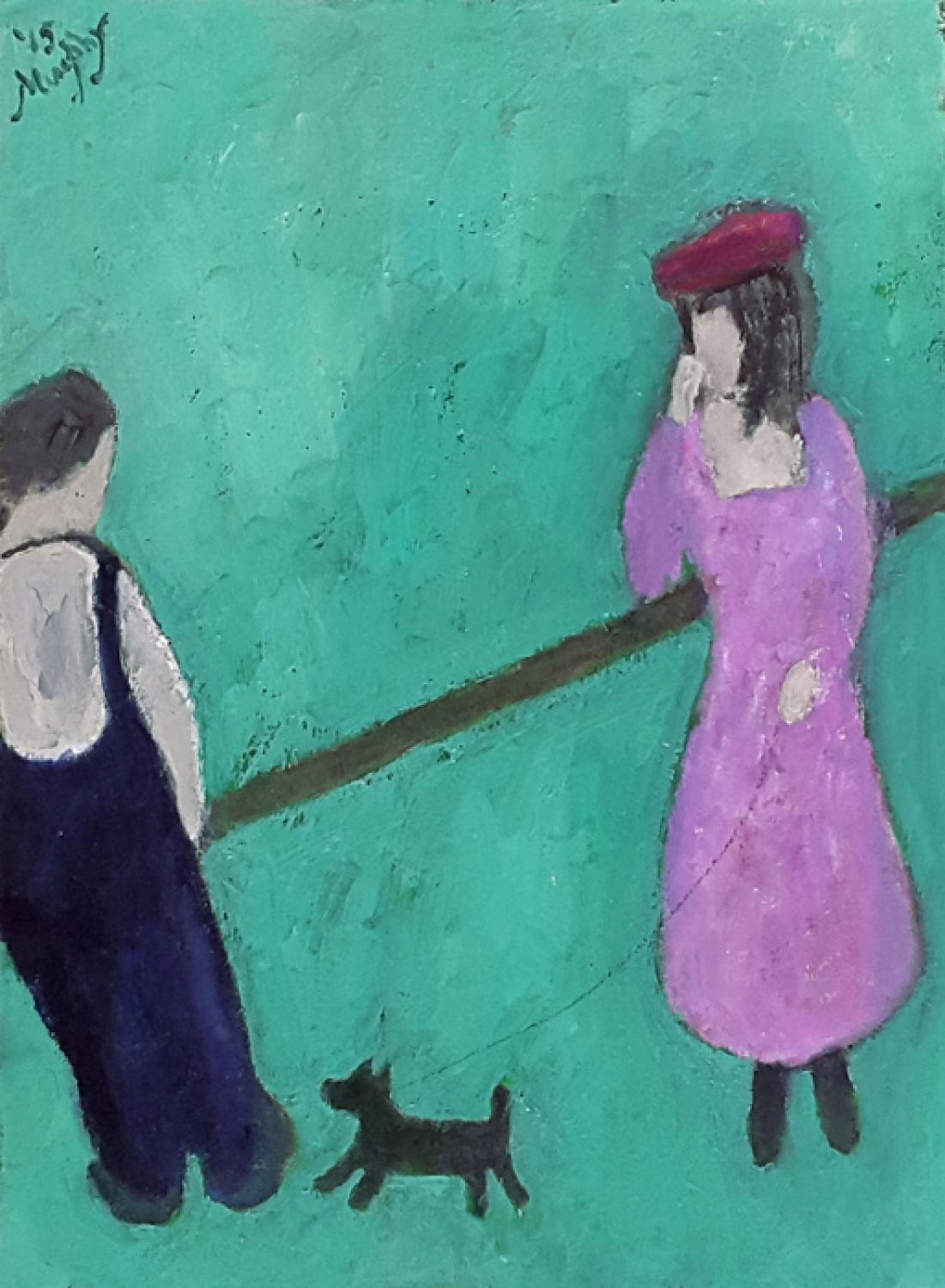 In my early twenties I had turned my back on a career in the City of London to write poetry on the edge of the sea in one of the poorest parts of Connemara.  So when my nephew, Anthony, told me in 1990 that he was giving up the law to become a painter, I felt admiration tempered by alarm.  Talent and will power he possessed in abundance together with style and charisma.
At the age of fifteen he had won an Emmy award for his starring role in the BBC production of Tom Brown's Schooldays.  And at twenty four, having starred in the tabloids as the heroin-addicted hang gliding husband of a Duke's daughter, he rebelled against the rebel in himself, gave up drugs, obtained a divorce, and entered a law firm.  But I wondered how, in his mid-thirties, he could reinvent himself as a painter and survive with a new family in a grand old ruin of a house on top of a hill near the medieval city of Carcassonne with views of the Pyrenees.
Now I see that Anthony's painting embodies and transfigures the tensions, pain and glory of his time, of his Irish, English and Jewish heritage, of the rebel within the lawyer, the addict within the survivor, the rootless visionary brought through art and suffering to earth.
Richard Murphy.
Author of 'Collected Poems' and 'The Kick - a life among writers'.