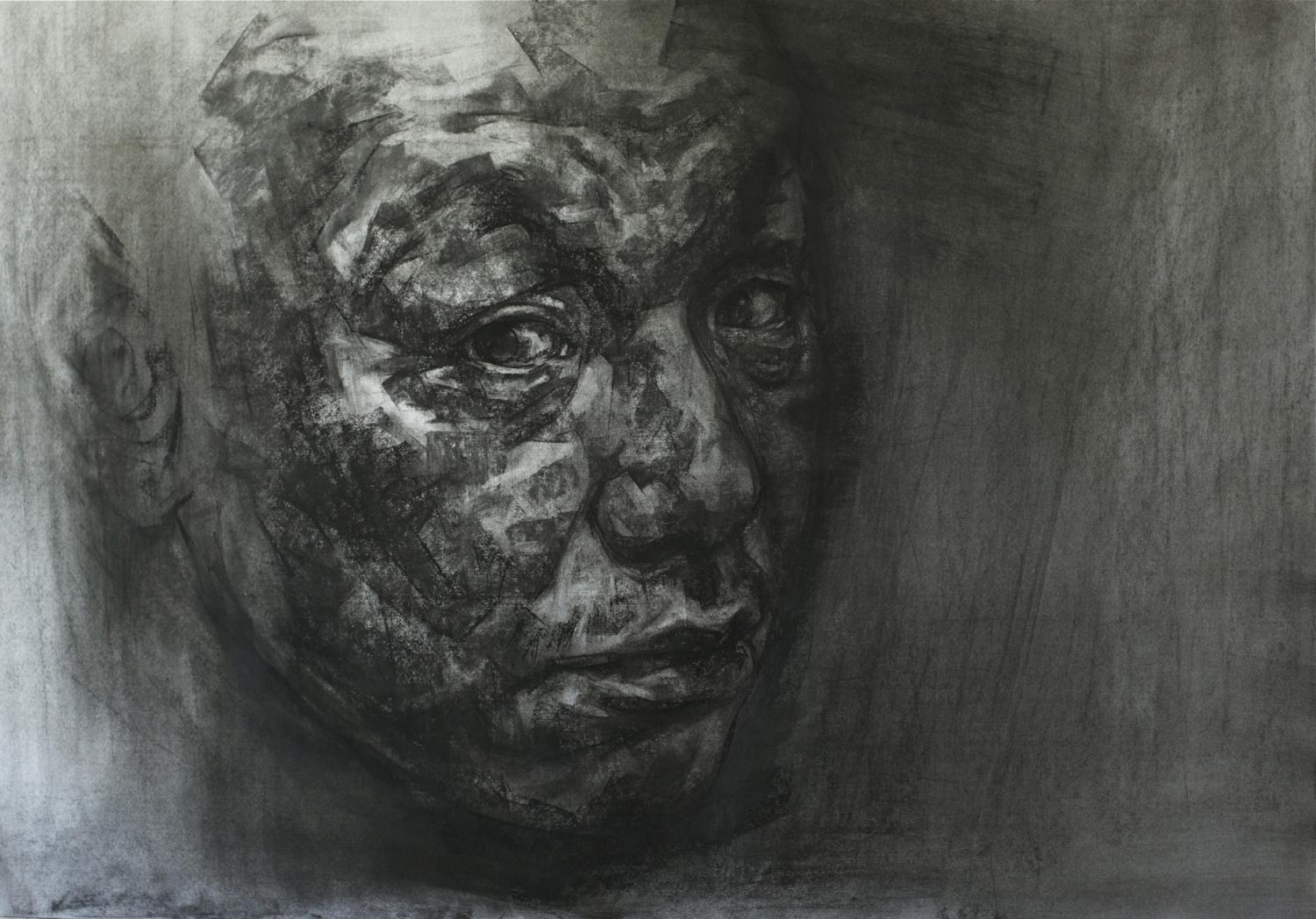 Dawei is a Chinese artist living between the UK and China. People, and their interior lives are frequent themes in his work, and how inner thoughts and feelings show on the outside, in bodies, faces, hands, skin.

Well travelled, he notices the details of how people live in Asia and Europe, and the very different experiences of being an artist in China and in England. The open and the closed, the private and the public and how the lines between changes with time, and when viewed as an “insider” or “outsider”.

The son of traditional Chinese painters; as a child, and at Art School Dawei spent many hours learning to paint using ink and wash, Chinese brushes and paper. However he felt constrained by the traditions of family and culture, and chose instead to focus on modern subjects and styles. This decision was confirmed when Dawei spent time in Germany, and became friends with German and American artists.

Despite these choices, the influences of China, and his early training are evident in the way Dawei uses his material, the bold sweeps of colour and the flow of the paint across the canvas. This style works well in showing movement and possibilities in bodies, both alone and in intimacy with another.

Dawei moved to the small city of Brighton (UK) in 2004. He established a studio, and exhibited for two years from his small home as part of the Brighton Arts Festival “Open Houses”. These exhibitions were the opposite of so much of the art scene in China, a revelation, and he loved the simplicity of sharing his work with visitors, feeling the intimacy of  ”home” worked well with his often emotionally powerful paintings. Dawei then exhibited for two years with his studio group, and again liked the direct feedback from visitors.

Dawei returned to China in 2009, continued painting, and enjoyed several successful exhibitions, including in the prestigous  ”798 Art District” in Beijing. As his profile grew, he was featured in several magazines, and participated in “Crossing Continents; Crossing Cultures – Artists in Conversation” (part of “Australia in China” year) alongside a group of well known Australian artists.

Dawei is still working on improving his ability to promote his work – in some ways this is easier in China as he can communicate in his first language. In other ways it is harder because of his struggle with the way “modern artists” are viewed in China. In 2010 Dawei made the decision to live between China and the UK, and this means he is something of an outsider in both, maybe this influences his work?