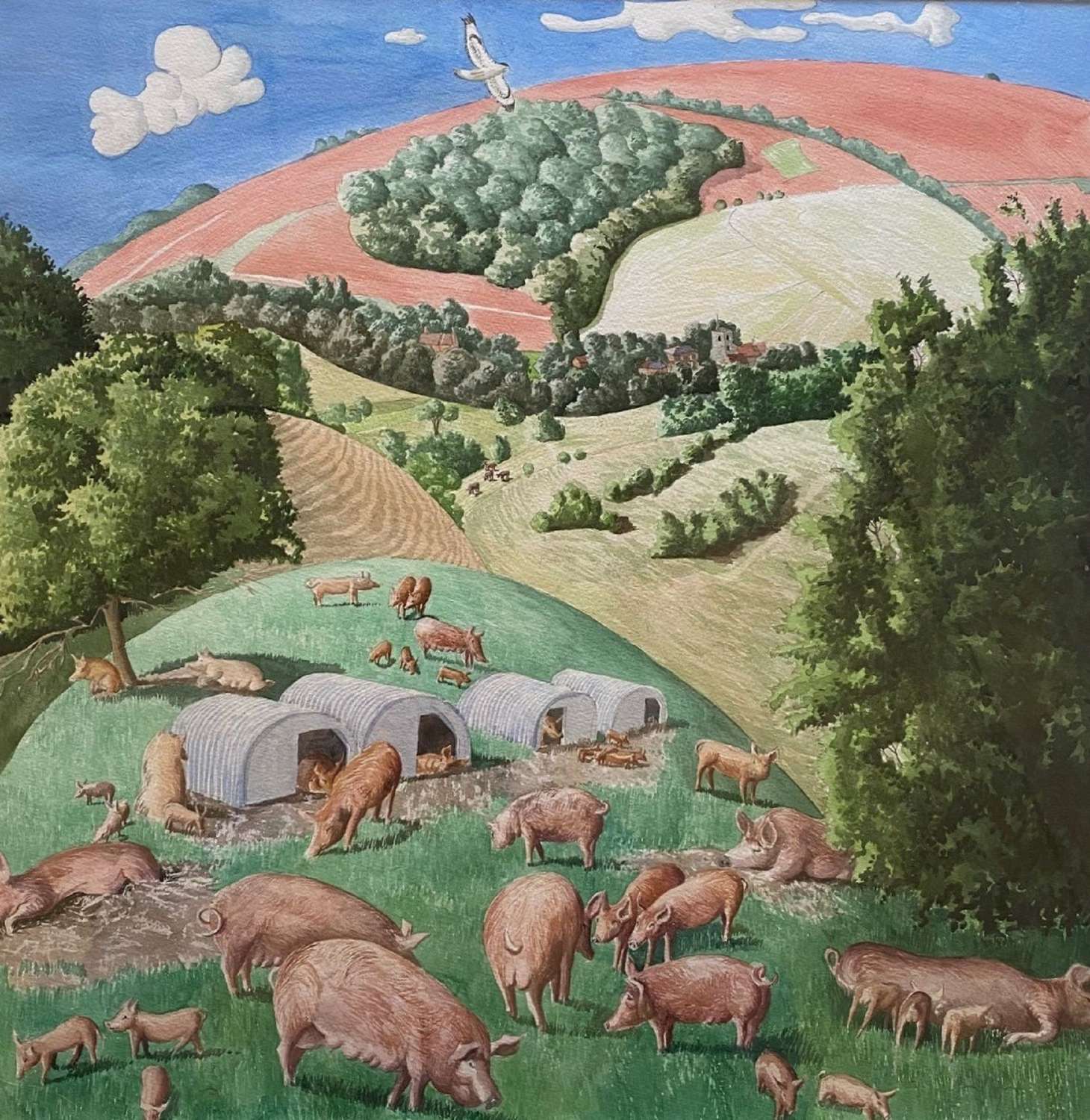 'Tamworth Pigs in a Wiltshire Vale'.

He has evolved a singular vision, most notably of an England which is unashamedly poetic.  Like Thumbelina on her swallow, we may be transported on the wings of his imagination to a never-never land.