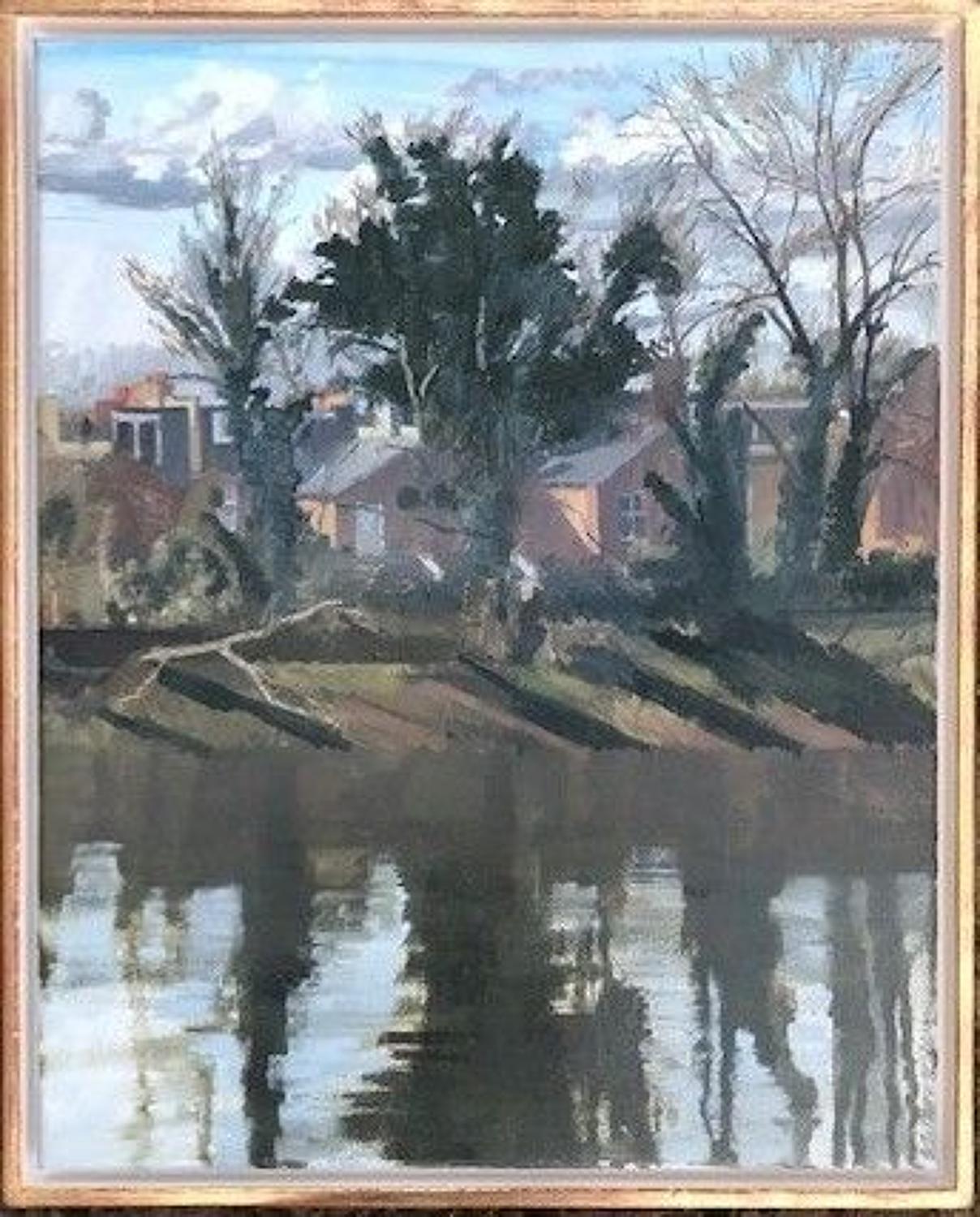 Oils on Board. Framed.

David Parfitt’s early paintings were of family and friends and of the gaunt mountains and industrial valleys of South Wales. The effects of changing light and seasons, and the meetings and contrasts between the man-made and the natural, were then as now constant themes in his work. Today he lives beside the tidal Thames in West London. Here he finds pleasure and ideas in the look of things he has come to know well - the river and its tree-lined banks, the bridges, pubs and tower blocks, and the passers-by along the towpath and the foreshore.

At Newport Art School the first thing students were expected to do was to make a sketchbook, take it into town and draw in it. Later they were asked to use these drawings as subject matter in the studio - painting directly from the drawings tested their validity.  David Parfitt still works in much the same way today. Now he makes small paintings and drawings out of doors to pin down the essential colour qualities of a moment and to search out motifs for larger compositions. He works out of doors also on these larger canvases, as well as in the studio, and he often uses paper cut outs to resolve colour harmonies and compositional elements. His ambition is to evoke and fix with paint that first transitory visual sensation.

2012 - 2017 Represented by Messum's, Cork Street, London
​1966-2012 Part-time tutor in painting and drawing at many art schools
1987-90 Senior Painting Tutor at the Royal Academy Schools, Visiting Tutor in the RA Schools until 1998
1976-79 Senior Illustrator, Department of Urban of Archaeology, Museum of London
1963-66 Royal College of Art
1959-63 Studied drawing and painting at Newport College of Art 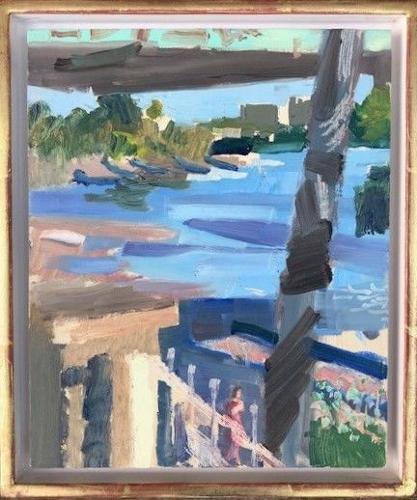 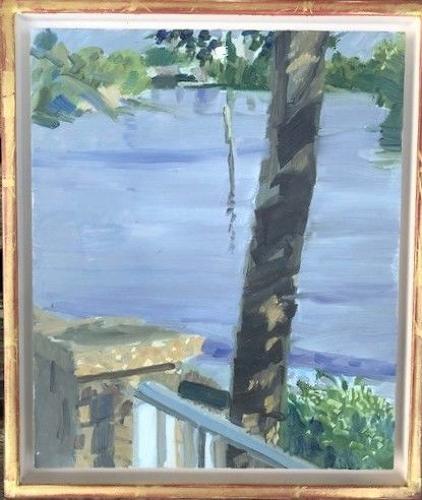 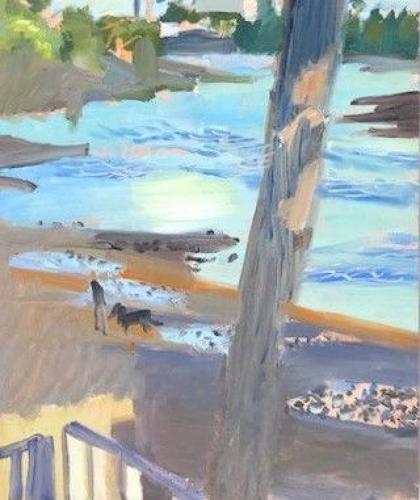 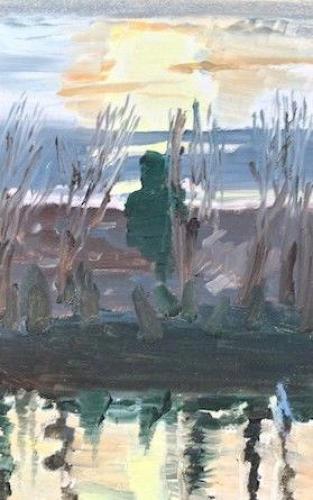