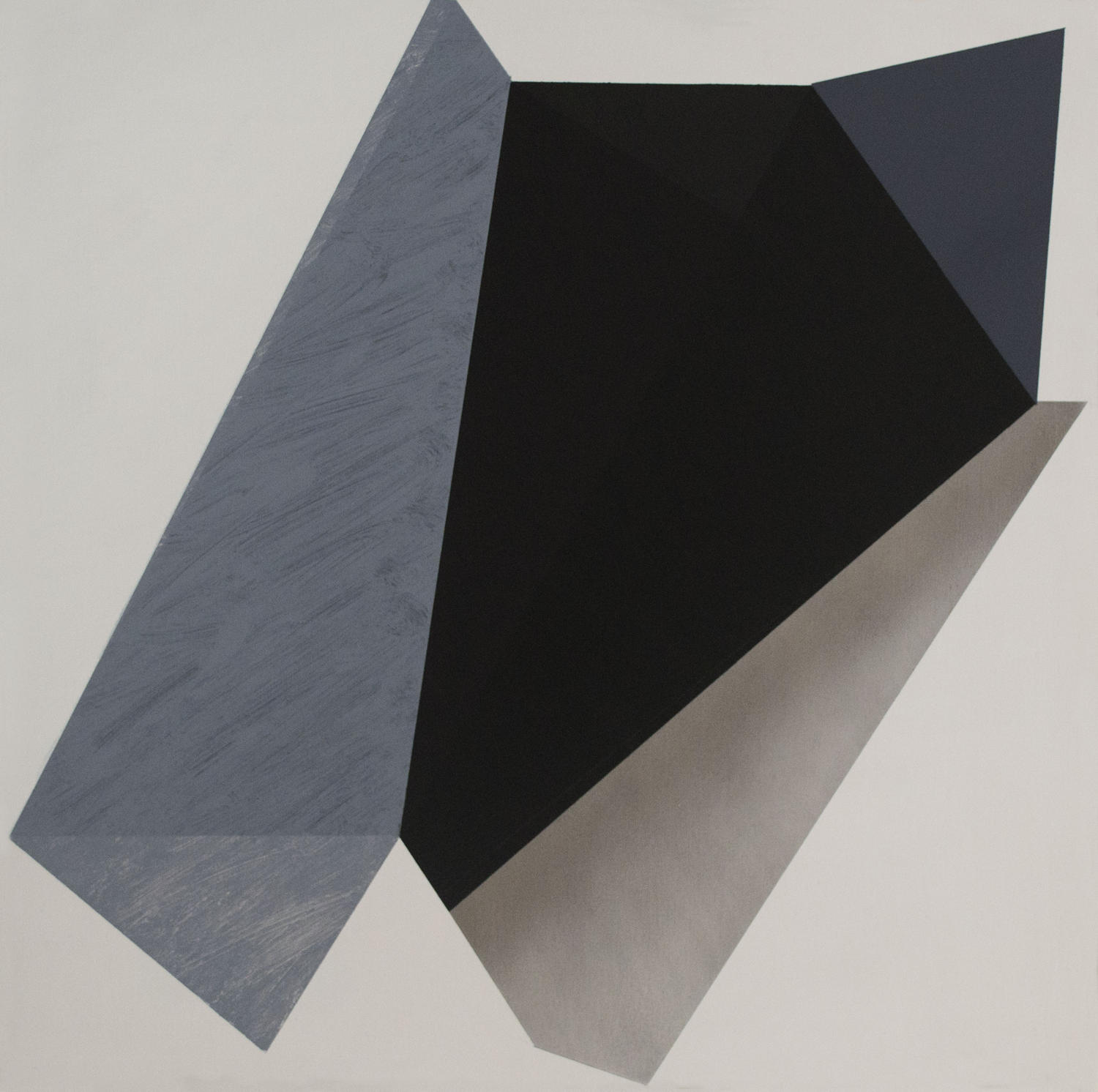 Patrick O'Donnell - On a Plane

Acrylic and Charcoal on Board’

Patrick’s practice tends to follow ideas that he wants to explore prompted by either an image he has seen from popular culture, places he has experienced, a book, an artwork or a conversation. He works in a range of media from paint, screen print, ink and mixed media.

His current body of work explores themes of emotional architecture, memory and domestic monoliths and the poetics of space. Focusing on the formal elements of edges/shapes/tone/lustre or lack of, his visual language has developed from a visit to the Jewish Museum in Berlin where the Holocaust Tower made a deep impression on his practice – a dank, claustrophobic and light - deprived space. Acute wall planes shooting up to a slither of light and freedom. A charcoal tower. This prompted a year of working in charcoals, developing his austere and sombre compositions in response to significant research imagery with a nod to Suprematist and Modernist 2D graphic concerns.

The compositions in the paintings on show are evolved from various corners and spatial transitions within his recently deceased father’s house. The titles appropriated from poignant songs from popular music over the last 30 years.