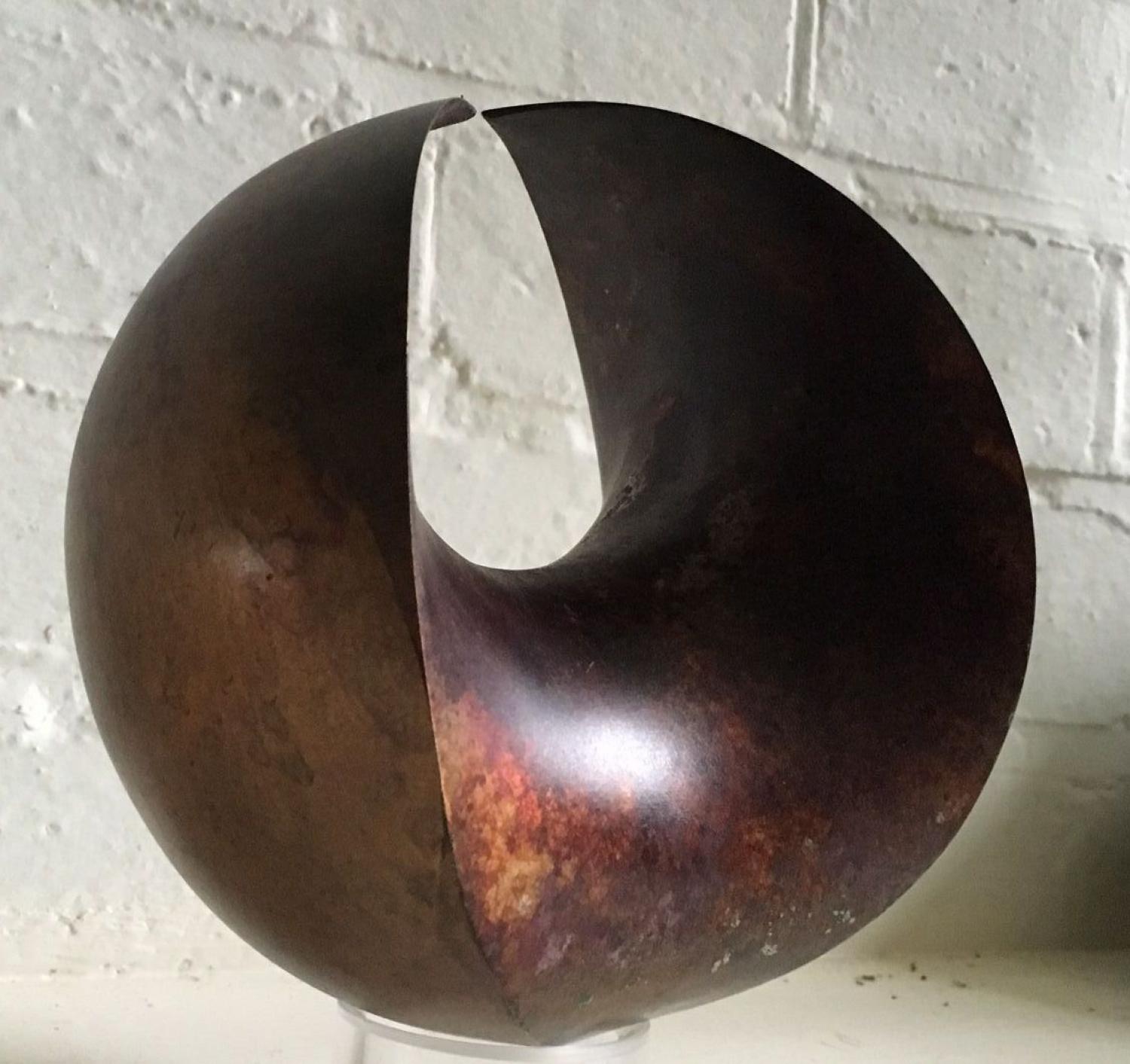 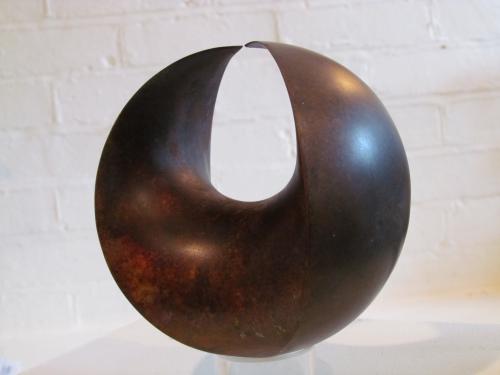 Ouspensky wrote, ‘…the old physics disappears in the idea of a new dimension of space …..(in which) there will be no dualism of rest and motion, and no dualism of matter and vacuum. Understanding the universe as thought and consciousness we completely divorce ourselves from the idea of a vacuum. And from this standpoint is explained the small probability of matter… Matter, i.e. everything finite, is an illusion in an infinite world.’

He then illustrates this with Johann Van Manen’s drawing from ‘Some Occult Experiences’, representing a four dimensional sphere, ‘which Van Manen ‘saw’ by means of his inner vision’.

It took some 15 years gestation and several attempts before what I felt could be realised in 3 dimensions. This became not what Van Manen described but carries some of that significance.

He wrote, ‘It was an ordinary three dimensional globe, out of which, on each side , beginning at its vertical circumference, bent tapering horns proceeded, which, with a circular bend, united their points above the globe from which they started. The effect is best indicated by circumscribing the number eight by a circle. So three circles are formed, the lower one representing the initial globe, the upper one representing empty space, and the greater circle circumscribing the whole. If it be now understood that the upper circle does not exist and the lower (small) circle is identical with the outer (large) circle, the impression will have been conveyed, at least to some extent’.