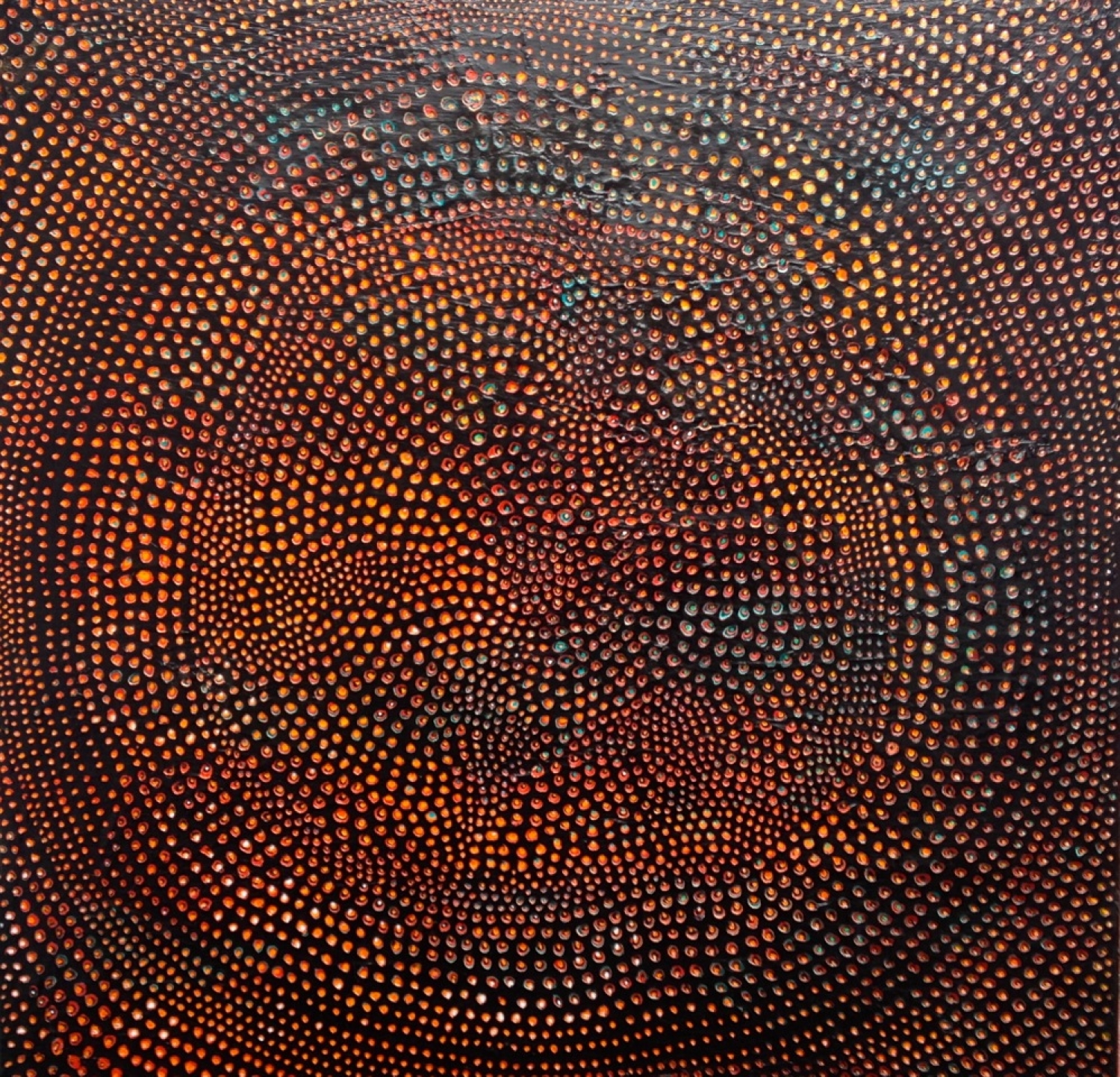 'A walk in the Wutong Mountains'.

A Walk in the Wutong Mountains visually describes just that -  a walk (or a series of walks) I made in the beautiful Wutong Mountain range above Shenzhen in South East China.   I was lucky enough to have been awarded a fully supported residency for a month at the Da Wang arts centre which is idyllically situated in an area of great natural beauty surrounded by the Wutong mountains.     Each day I would take a circular walk through the the hills, at the end of the day the earth rich in iron would glow a brilliant rust red as the dying rays of the sun hit the ground;  I have tried to capture a sense of this in the painting.

Founding member of Painted Circle, an initiative to develop vacant retail spaces
in central London, in collaboration with Landlords and local businesses, for use as
temporary gallery space.

Between 2002 and 2008, Designed sets and costumes for four Lewisham Council
funded musicals for schools, LIGHT, INDIA, EYGYPT, and THE VICTORIANS all
in collaboration with composer John Lunn and Director Olivia Fuchs.