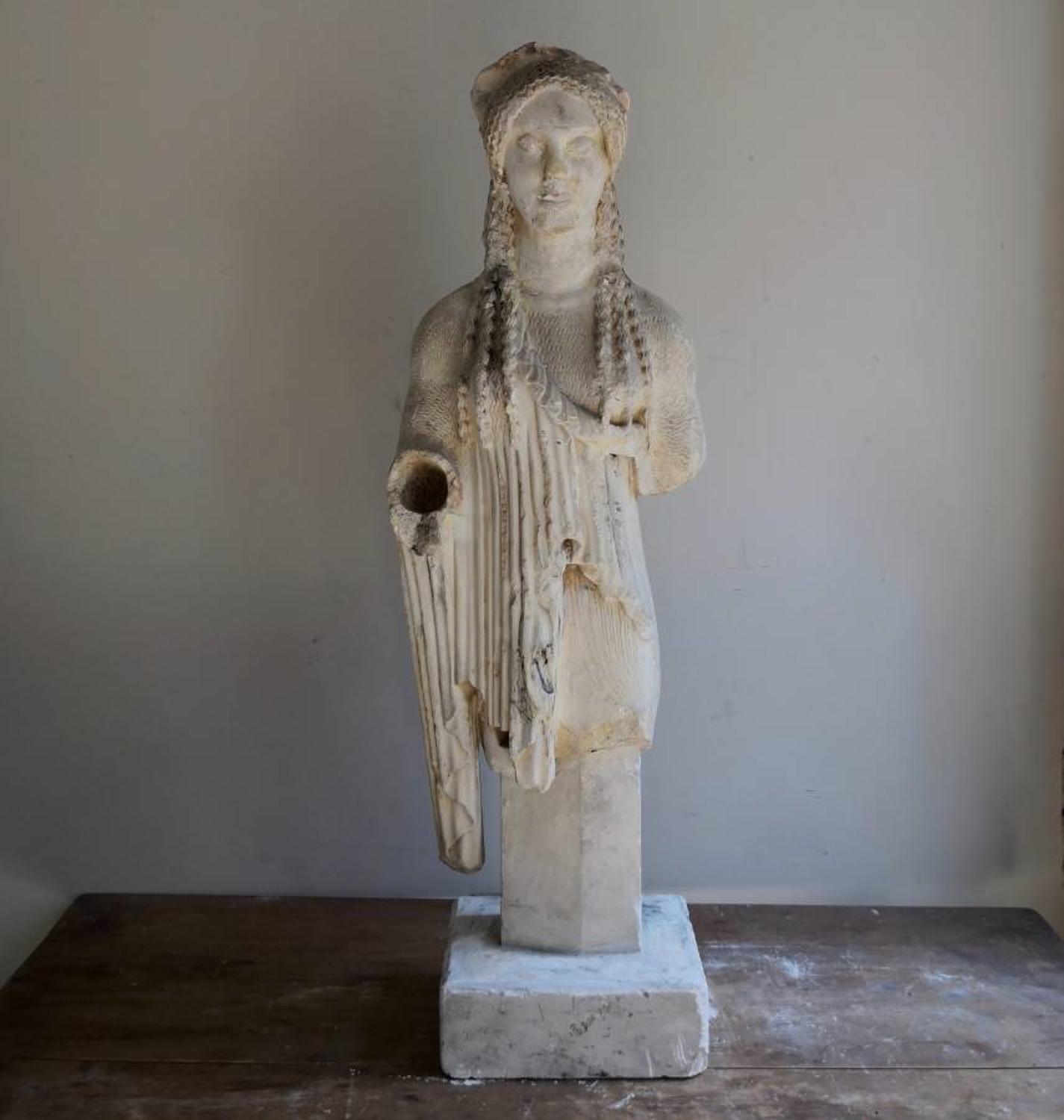 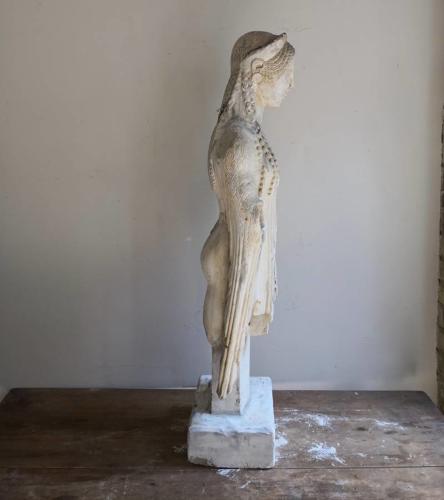 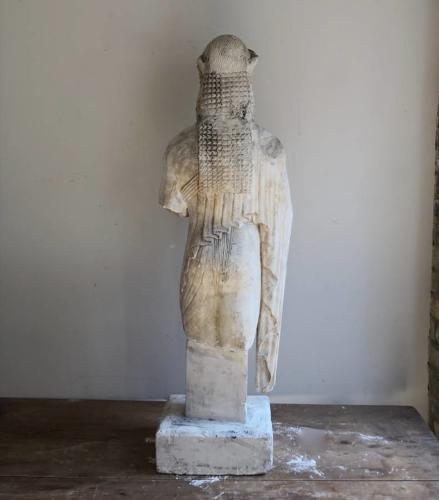 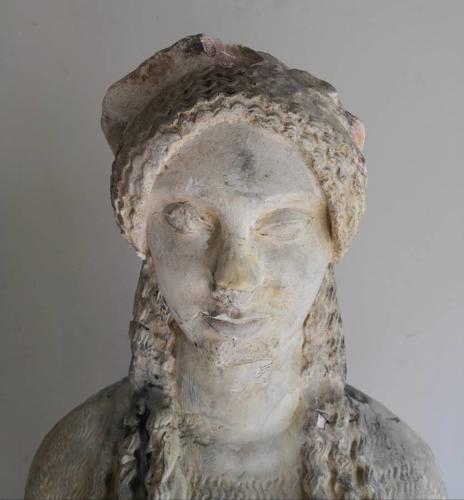 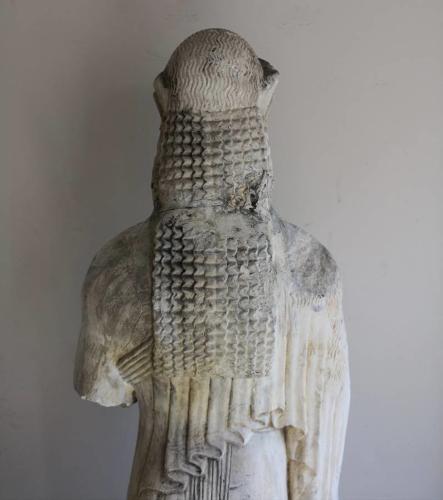 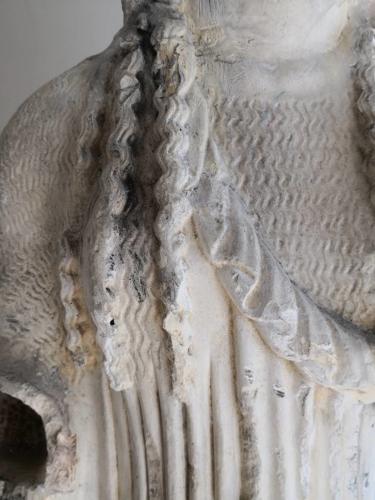 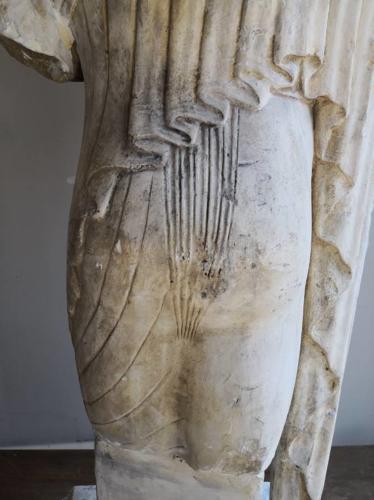 Kore 674 was discovered in 1888 on the Acropolis site, southwest of the Parthenon. The original is a late archaic statue of a maiden dated 500 BC.
A plaster copy is in the Ashmolean museum.
Kore 674 was featured in Kenneth Clarks "civilisation" chapter 2. "The great thaw" in which he compared it to the figures on the front of Chartres Cathedral