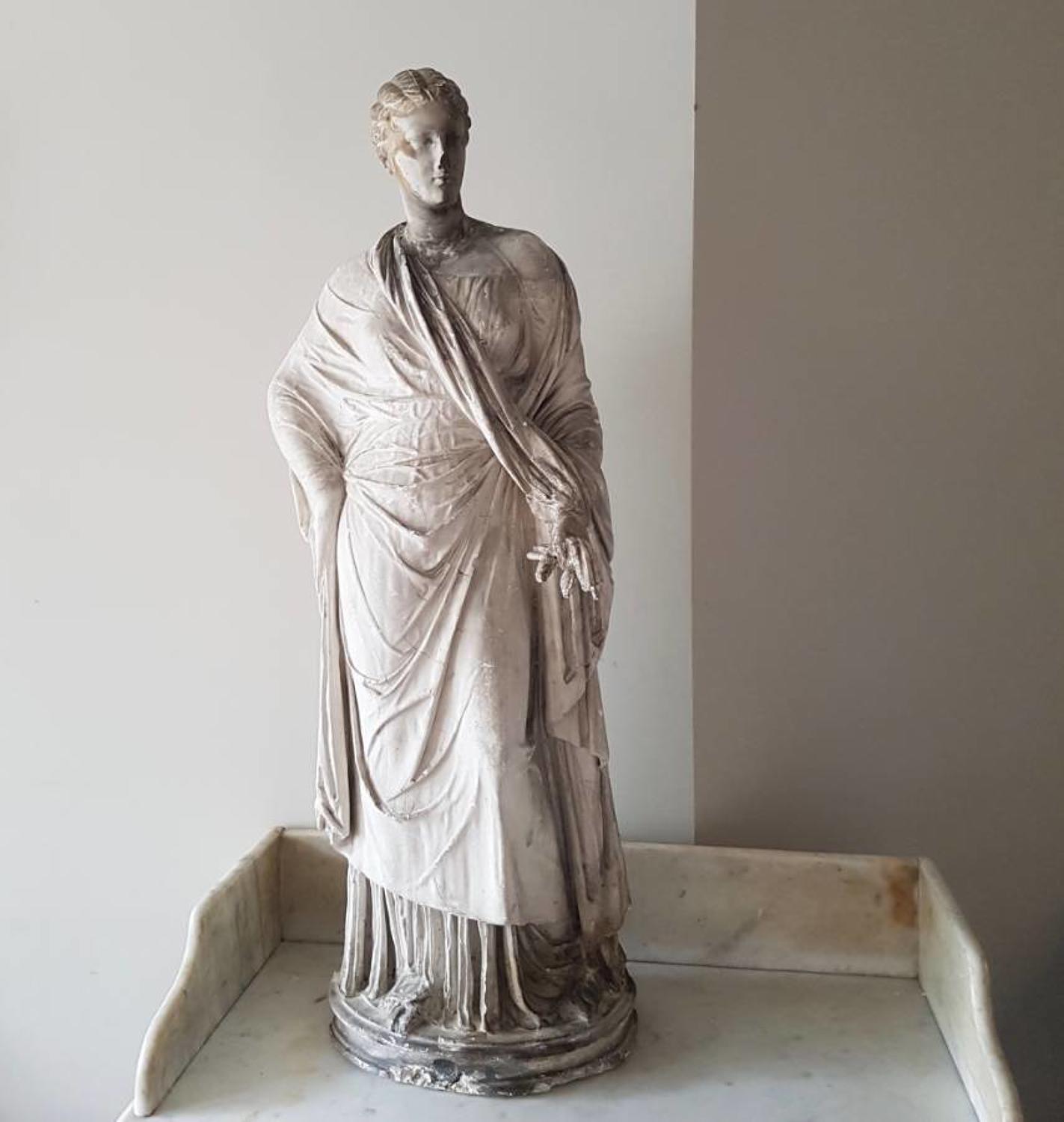 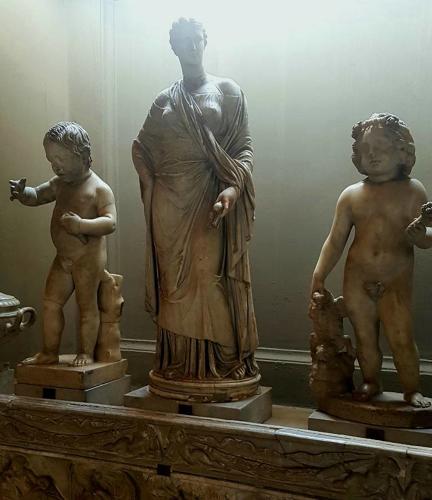 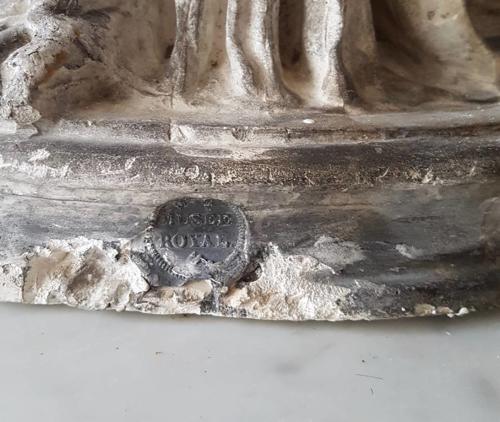 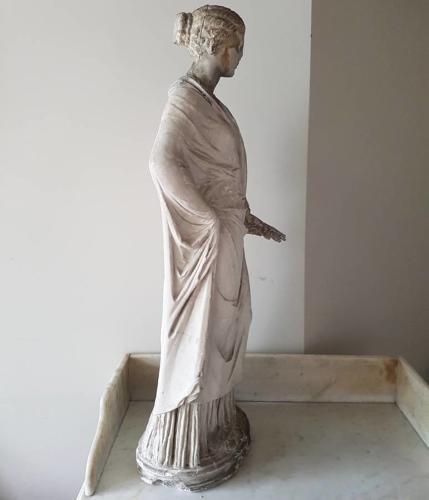 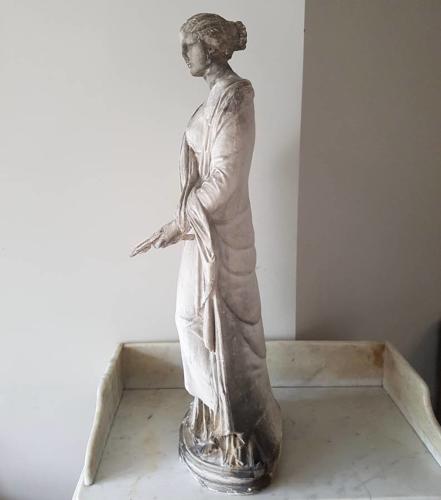 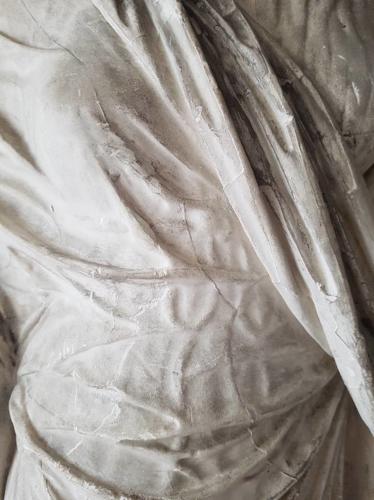 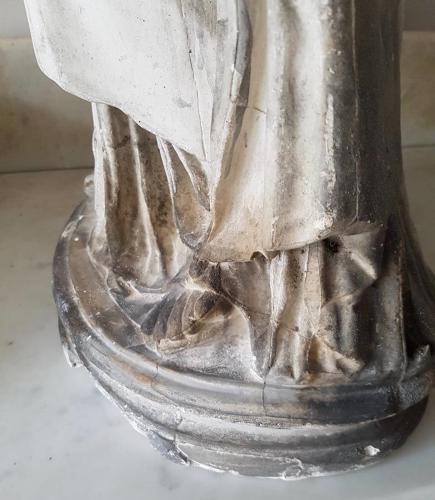 C1890. A plaster cast taken from Persephone restored as Ceres in the Candelabra room of the Vatican museum. Rome. Purchased with the Mattei collection 1770.

Provenance. Created for the cast collection of the Musee Royal. Belgium. Until dispersal
The Candelabra room was created in the eighteenth century and contains Roman copies of Hellenistic originals from the 3-2nd centuries BC.
Another example sits in the Ashmolean cast collection.Oxford.